While the demise of 2017 will generate little tear-shedding amongst many of our readers, it has been another bumper year for the BERA Blog. Just over two-and-a-half years after its inception, the blog breezed past yet another milestone in November, logging over 500,000 reads as it rapidly moves to becoming one of the leading international blogs on education. This year’s blog fodder produced another smorgasbord of educational hot-potatoes including extremism, sex and relationships education, education policy, the dependability of research evidence, teacher education, early-career research, formal and informal education, technology and the curriculum.

“Fast becoming one of the leading international blogs on education, this year the BERA Blog produced another smorgasbord of educational hot-potatoes…”

Terrorism, extremism, and the political machinations associated with both prompted powerful contributions from Anna Lockley-Scott, Jonathan James, Marlon and Audrey Moncrieffe, and Vini Lander, Sally Elton-Chalcraft and Lynn Revell. The complexities of educational provision for the Gypsy, Roma and Traveler communities were carefully examined by both Andrew Ryder and Rory Henderson. The transformative power of further education was captured with breathtaking panache by Vicky Duckworth and Rob Smith in their editorial series for the blog, which included contributions from Vini Lander and Francis Farell, Martyn Walker, Tim Cain and Sheine Peart, as well as a solo piece on tertiary education by Patrick Ainley.

Acknowledging that inspection plays a legitimate and necessary role in improving education, Frank Coffield examined the research evidence for and against Ofsted, and offered his own model for its future. Unsurprisingly perhaps, the topic of evidence-informed practice mustered many fingers to many keyboards: Dylan Jones writing about professional learning in Wales; Helen Gunter demanding from our political representatives that policy is evidence informed; Eric Macfarlane arguing that healthy skepticism has now given way to an instinctive rejection of the research process by those who frame educational policy; Chris Brown writing about the self-improving school; and Sarah Younie on practice in classrooms and the work of the MESH (Mapping Education Specialist knowHow) network. Those interested in evidence-informed practice might also appreciate Matt O’Leary and Venessa Cui’s contribution, about the controvertible ‘TEF’ (the Teaching Excellence Framework) and its relationship to teaching and learning.

Themes around sexual consent education and internet safety evoked fervent responses from Lindsay Watson, Elsie Whittington and Vanita Sundaram, while the topic of technology more broadly produced glittering intellectual goodies from Sue Bennett, Maggie Hartnett and Sandra Leaton Gray. Early-years education continues to provoke passionate debate on our blog, with excellent contributions this year from Alice Bradbury, Siew Lee and Guy Roberts-Holmes, Janet Payler and Geraldine Davis, Elizabeth Wood and Liz Chesworth, Janet Rose and Louise Gilbert, and a great piece by Philip Hood on the OECD’s baseline test initiative. Scrutiny from Australia of the OECD’s PISA programme also came from Aspa Baroutsis and Bob Lingard, who were critical of its fixation on discourses about the ‘quality’ of a nation’s performance rather than a concern for equity.

Michael Bassey added his own variation to the Labour party’s 10-point charter for creating a National Education Service, challenging us all to carefully consider what we might mean by the word ‘education’ in the first place. How education emerges as a field of study and what counts as legitimate knowledge was dealt with in a defiantly discerning piece co-authored by Geoff Whitty, John Furlong, Gary McCulloch and Jim Horden. We also had string of terrific contributions on teacher education from Penny Amott, Kari Smith, Ann MacPhail, ML White, Amanda Corrigan, Kenny Frederick, Robert Newell, Ruth Magee and Emilee Rauschenberger.

BERA’s president Gary McCulloch posed the question, ‘Why might BERA wish to thank Margaret Thatcher?’. His answer champions academic freedom and commitment to truth in an age of fake news and distrust of expertise – but you will have to read his marvelous piece to get those connections. The topic of assessment provoked insightful commentary from Alice Bradbury, while Harvey Goldstein offered a formidable response to the Education Select Committee’s 2017 review of primary assessment.

Once again this year, curriculum knowledge, creativity and research provided a torrent of contributions handled with deft precision by Jane Abbiss, Alka Sehgal Cuthbert, Christine Challen, Tiina Soini, Kirsi Pyhältö and Janne Pietarinen, Mark Priestley and Valery Drew, Lisl Fenwick and Jason West. And it was great to finally see a piece on design and technology and the curriculum by Dawne Bell, David Wooff, Matt McLain and David Morrison-Love.

The benefits of alternative education were topics dealt with by Jessica Tawn and Helen Lees and Max Hope; teachers’ voice by Kevin Proudfoot and Karmijn van de Oudeweetering and Joke Voogt; group work by Barbara Bleiman; practitioner research by Liz Gregory; language by Olga Cambell-Thomson; and underachievement by Mary-Claire Travers and Gary Walker. The needs and identities of early-career researchers were acknowledged with offerings from Penny Amott and Gerry Czerniawski.

And finally, Stephen Ball suggested a Foucauldian future for education in which the teacher becomes a ‘genuine interlocutor’ who must nurture truth-telling, risk and challenge, to create a public space where fearless speech is encouraged.

Sadly we have not been able to include all author contributions in this annual round-up. However, we hope that for those of you coming to the BERA Blog for the first time, you sense its breadth, dynamism and impact. We welcome future contributions from teachers, practitioners, academics, policy-makers and all who have a vested interest in life-long learning. While we continue to attract a rising number of writers from the four nations of the United Kingdom, we would love to publish more from you. We also welcome contributions from all parts of the globe, and encourage authors to contact members of the editorial team if they have an idea for a future BERA blog piece. We wish all our readers and authors a joyous and relaxing festive season. 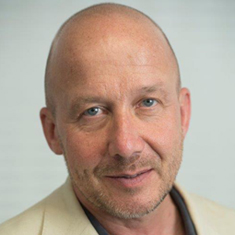 Gerry Czerniawski is Professor of Education at the University of East London’s Cass School of Education and Communities, where he runs the doctoral programmes in education (PhD and EdD). In addition to his role as a researcher, author and teacher educator he is the chair of the British Curriculum Forum, lead editor of the BERA Blog, and a trustee and council member of BERA. His email address is g.czerniawski@uel.ac.uk and his twitter handle @GCzerniawski.

All from this series
Blog Highlights from 2016