Research paucity surrounding younger children’s perceptions of the internet may reflect assumed difficulties in research involving children (Olfasson, Livingstone & Haddon, 2013). However, it is recognised that research with children is desirable to research on children and that giving them a voice enables them to be active participants, causing a cultural shift where they are the subjects within the research as opposed to the objects (Pinter, Kuchah & Smith, 2013). As younger children’s worlds become increasingly digitalised, is it time to find out more about what they think about online safety, and how can this information be used to help keep younger children safe online?

“What can be done to learn more about younger children’s perceptions around online safety?”

As the younger child is increasingly considered as a competent research participant, is it time to encourage them to demonstrate their understandings about staying safe online? How can these understandings be encouraged and how can they be interpreted to help keep younger children safe whilst online in the future? 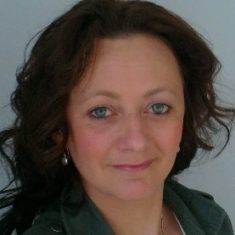 Lindsey Watson is a senior Early Years lecturer at the University of Huddersfield. Lindsey is currently studying towards a PhD, with a focus on using creative methodologies to examine younger children’s perceptions of online safety. Lindsey has a Master of Arts by Research, which explored attitudes and emotions to the internet, analysing the concepts of trust and digital literacy in mothers of reception aged children. Prior to joining the University of Huddersfield in September 2016, Lindsey was an Early Years teaching assistant in a range of Early Years settings, including mainstream and special education primary schools in West Yorkshire. The role included facilitating multi-agency teams to ensure the support of vulnerable children and their families. @Lje1994.