‘It is not possible to train truly literate individuals (in the broadest sense), in whatever specialism they may pursue, by any means other than the properly organised teaching of foreign languages.’

Recent curriculum policies in the UK (for example, ‘Making Languages Count’, Welsh Assembly Government and Young Wales 2010; ‘Language Learning in Scotland: A 1+2 Approach’, Scottish Government 2012; the National Curriculum Framework 2014 for England, DfE 2014) mark a renewed interest in modern foreign language tuition at school. These policies acknowledge the importance of languages as contributing to the development of intercultural competence and to the ability to compete in an increasingly globalised world. References to the possible cognitive benefits, or to the links between foreign language studies and the general development of literacy, are less pronounced, yet these too seem to be slowly entering the policy discourse.

As policies set an ambitious agenda for the provision of foreign languages at school, achieving these in practice is problematic due to foreign languages remaining on the periphery of school curricula. Mere recommendation on their inclusion in the local school curricula, or reliance on students’ yearning to master a foreign language, are not firm guarantees that foreign languages will thrive in UK schools. The element of compulsion (at Key Stage 2 in England since 2014, for example), limited to one or two hours a week, is yet another reason to question the probability of gainful results from language tuition. It is also doubtful that an endemic shortage of qualified foreign language teachers can be addressed by means of the ad hoc training of elementary teachers in delivering languages they do not know.

Overall, there seems to be a lack of coherence in addressing the entire matter of foreign languages provision at school.

This can only mean that the quantity and quality of provision requires the permanent placement of foreign languages in the basic school curriculum, sufficient allocation of hours, and the continuity of logical and timely inputs throughout the course of schooling.

Can this be permitted in view of curriculum restrictions and the constant pursuit of national literacy standards? Yes, it can – and should be if foreign language studies are to be drawn into the centre of the literacy enterprise.

To add a new voice to the debates on the value and the practicalities of modern foreign languages in UK schools, I engage the writing of the Russian Soviet linguist Lev Shcherba (see Campbell-Thomson 2017). A theoretical linguist and a language practitioner, Shcherba views foreign language studies as essential in ‘training truly literate individuals’ (Shcherba 1942). To arrive at this conclusion, Shcherba examines the process of proper linguistic training at school, where foreign languages provide the material for the conscious comparison of different linguistic systems. Without this kind of training, Shcherba claims, it is unimaginable to produce literate individuals who can operate outside a limited circle of notions and ideas (ibid). Ultimately, it is not even possible to train good readers, and articulate speakers and writers, by any other means but proper language tuition.

The emphasis is on ‘properly’ organised language education. This entails the following. 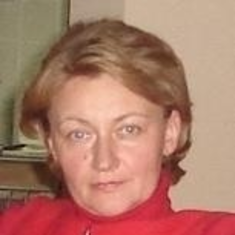 Dr Olga Campbell-Thomson trained as a language teacher in Russia (then the Soviet Union) before obtaining her Master’s degrees in Linguistics and Speech Communication in the United States of America. Her doctoral studies were based at the University of Manchester, UK.

Over the past 30 years, her career has encompassed research and teaching in the multilingual and multicultural environments of the United States, Cyprus, Qatar and the UK. She has an enduring interest in language education, and her current research is focused on the history of modern foreign language teaching.

Olga is currently based in Scotland and is an affiliate faculty member at the University of Glasgow and Glasgow International College. She continues her engagement in international research, and has just completed a scholarly project setting up an English-language training programme for a research faculty at the Agro-Technical University in Astana, Kazakhstan.