In the last two decades, the terms ‘21st century skills’ and ‘21st century competences’ have been widely adopted to represent the ambition for an educational reform that will lead to a stronger focus on flexible and ICT-related competences.  It is an issue that has been discussed in policy reports of international organizations (e.g. EU, OECD) and many national government bodies (e.g. the UK Secretary of State for Education and Skills). Nevertheless, major policy players are still in debate about the exact meaning of these 21st century competences and how they should be operationalized and integrated in the curriculum (e.g. Dede, 2010).

Meanwhile, teachers’ voices are barely heard in these macro-scale policy discussions about 21st century competences (Voogt & Pareja Roblin, 2012). This means that is barely recognized how teachers perceive 21st century competences and how they may fit to their own aspirations and daily practices. Initially, it could be considered undemocratic to neglect dialogue with these educational professionals. Yet teachers’ input could also benefit the final realization of education policy. Particularly, it is seen that the implementation of educational innovations, such as 21st century competences, may be improved when curricula harmonize with teachers’ aspirations and perceptions of their job tasks (e.g. März, & Kelchtermans, 2013). 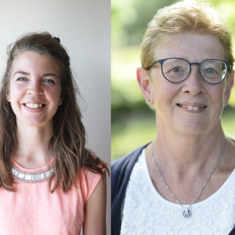 Karmijn van de Oudeweetering was a graduate student at the University of Amsterdam at the time she conducted the research. Her studies focus on the impact of technology on the educational field. This study was part of a larger mixed-methods research project on the implementation of 21st century skills in Dutch primary and secondary education.

Joke Voogt is professor at the Faculty of Behavioural and Social Sciences of the University of Amsterdam and professor in the teacher education program of Windesheim University of Applied Sciences, the Netherlands. She holds a doctoral degree (PhD) in Educational Sciences. Her areas of expertise are curriculum innovation and teacher learning in particularly related to 21st century skills and the integration of technology in teaching and learning.