The Education Select Committee has concluded its review of assessment systems in Primary schools in England, with a brief to pay particular regard to changes rolled out in 2016. The report reflects concerns about the effects on schools and students of a high stakes testing system.  In a useful summary the Committee highlights ‘negative impacts’ such as the ‘squeezing out’ of arts and humanities and other subjects by schools concerned to display a good performance on the Key Stage tests. They also point to  the stress that high-stakes testing places on teachers and pupils. On accountability they worry about the way published league tables can distort the curriculum and schools’ behaviour. They also comment on the pros and cons of the DfE proposal to introduce new baseline tests.

In this note I will focus on two of their recommendations related to accountability:  3 year rolling averages and baseline tests

One recommendation (#15) is to replace the annual publication of school test results with a 3-year rolling average.

The precise details of how they propose to go about this is not clear.  Do they mean, for example, a simple report of KS2 results or a more nuanced value added one? In fact they entirely avoid discussing valued added comparisons and the report is written as if the term ‘accountability’ was self-explanatory.

The notion of a 3-year rolling average is advanced as a way to ‘lower the stakes’ and avoid using data from ‘small numbers of pupils’. But this shows that they have failed to understand that the way to guard against making faulty inferences from small numbers is to provide confidence intervals.   Despite the considerable amount of published work on this, some of which was made available to them, they make no reference to it. In advocating 3-year rolling averages, they also fail to mention that these averages would still be published every year, so it is really quite difficult to see how the proposal would do much to relieve stress or stop teaching to the test.

Furthermore, if we stop single year publication of school results in 2020 and start a 3-year rolling average in 2021, then because we know the one year averages for 2019 and 2020 it is a matter of arithmetic to work out what the 2021 average is: the media would quite quickly latch on to that one. Moreover, thereafter it would continue to be possible to work out the yearly average. It seems unlikely that the DfE would happily suspend publication for the 2 years that would be needed to avoid this. So it would seem that this really is a non-starter!

The report does raise several concerns about the DfE proposals to introduce new baseline tests and suggests that they be teacher assessed and not publicly reported. However, the Report has little to say about the DfE’s wish to use baseline tests to adjust KS2 tests, in a value added framework. Yet their use for this purpose is of some concern and requires careful discussion.

Most importantly, teacher assessed tests of the kind the Report recommends are really not suitable for a value added system, even though they may provide useful information to assist student learning.

Where the Report does discuss the use of a baseline measure for value added assessment, it fails to provide a critique, possibly because it realises that by recommending a teacher assessed baseline it could not be used for this purpose. In fact it seems quite likely that the DfE will go ahead with a standardised common baseline test anyway (it already has piloted this), so that the Report is already out of date and will come to be seen as increasingly irrelevant in terms of this issue.

There are, of course, considerable problems with using a baseline test to either predict individual KS2 results or to adjust school KS2 results within a value added framework. One problem is the only moderate usefulness for prediction of baseline testing at start of school.   Correlations with KS2 test scores are at most around 0.5, and rather smaller than this where subscales or components of tests are concerned. Another problem is children’s mobility, where many will change school over the primary period, requiring the use of sophisticated techniques for dealing with this.

In short, while the committee report does have some useful things to say, including advice to OFSTED to take far less account of test data when compiling its reports, it fails to follow through in terms both of its recommendations and any kind of in-depth discussion of difficult issues. This really is a pity, since there are so few bodies these days that come anywhere near being able to hold Government to account. 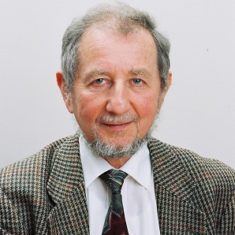 Harvey Goldstein was formerly Professor of Statistical Methods at the Institute of Education from 1997-2005. He is currently Professor of Social Statistics at the University of Bristol where he has a part time appointment and also a part time professorial appointment at the UCL institute of Child health and is a visiting professor at the London School of Hygiene. He is a visiting professor at the Australian catholic University (Brisbane) for the period 2014-2017.

He has been a member of the Council of the Royal Statistical Society, and chair of its Educational Strategy Group. He currently is a joint editor of the Journal of the Royal statistical Society, series A. He was awarded the RSS Guy medal in silver in 1998 and was elected a fellow of the British Academy in 1997. He has been the principal applicant on several major ESRC funded research projects since 1981.

He has several research interests. One is in the use of statistical modelling techniques in the construction and analysis of educational tests with a particular interest in institutional and international comparisons. He has written extensively on the use (and misuse) of item response modelling in educational testing and the use and abuse of performance indicators (league tables) in the public sector.

The second, more extensive, interest is in the methodology of multilevel modelling. His major recent book, Multilevel Statistical Models (Wiley, 2011, 4th  edition) is the standard reference text in this important area of statistical data analysis.

Most recently he has helped to develop efficient methods for handling missing data in multilevel models, procedures for unbiased and efficient record linkage of large datasets and procedures for maintaining data integrity while ensuring privacy in the release and analysis of big data sets.