In view of the current popularity of educational research, it’s easy to forget that this field of study has only gained academic approval relatively recently. In 1982 I  tried to register with the Council for National Academic Awards to undertake a PhD thesis on the specific educational needs of less academic 16+ students, but I was told that education was not on the CNAA’s list of approved research subjects. I appealed and, after months of argument and counter-argument, was invited, together with Dr Harold Silver, Principal of Bulmershe College, my sponsoring institution, to meet the CNNA Board to put the case for education as a subject worthy of PhD research. I received my PhD in 1986.

“I sometimes wonder whether my part in promoting the cause of educational research should be a cause of pride or regret.”

I sometimes wonder whether my part in promoting the cause of educational research should be a cause of pride or regret. How does one assess the credibility of the current plethora of educational studies, surveys, enquiries and research projects? How far do they actually impinge on the practitioners in the highly-pressured school and college environments in which the latter currently work? In short, just how valuable and relevant are these studies?

My PhD studies inevitably entailed reading the existing literature relevant to my research topic. This task quickly revealed the tension that can arise in the research process between the desire to confirm an hypothesis and the need to be scrupulously honest in the use made of data collected. I encountered some worrying instances of conclusions not fairly reflecting the evidence that had been gathered. More difficult to spot, of course, is the selective use of data to prove an hypothesis and/or the suppression of material that disproves it.

One of  the most infamous examples of unscrupulous behaviour on the part of educational researchers is that of Cyril Ludowic Burt, a specialist in eugenics and quantitative testing totally committed to the view that human intelligence and potential are determined largely by hereditary factors and therefore remain constant throughout a person’s life. Burt was a key advocate of the 11+ exam and respected adviser to the politicians who established the grammar school system after the last war. During the 1950’s, however, serious suspicions arose concerning the validity of his findings and he was asked to produce the data upon which he had based his theories. He failed to comply, claiming that much of it had been thrown away and the rest destroyed in a fire at his home. In a subsequent enquiry it emerged that some of his alleged research assistants had never existed. Burt was accused, not only of being unscrupulously selective in his use of data, but of actually fabricating evidence to support his claims. Eventually the British Psychological Society announced that the ‘father of  British psychology’ had been ‘guilty of gross scientific fraud’.

There are, of course, bad apples in all professions and for every Cyril Burt there are many punctilious educational researchers. Over an eighteen-year period the comprehensive college in which I worked provided information to four major surveys of the sixth-form curriculum and I was greatly impressed at the professionalism of both the staff who provided the data and of the research teams who processed it. All these studies concluded that the UK’s over-specialised sixth-form curriculum was unfit for purpose. Proposals for reform, however, fell on deaf ears, the politicians simply repeating their mantra that the A-level system is a sacrosanct ‘gold standard’.

It is entirely proper to subject research findings to rigorous examination, but healthy scepticism has now given way to an instinctive rejection of the research process by those who frame educational policy. Our current politicians appear dismissive of informed and expert opinion, preferring to make knee-jerk reactions based on prejudice and personal preference.

The Cambridge Primary Review which reported in October 2009 was the most extensive review of primary education since Plowden in 1967. Led by Professor Robin Alexander, it was impressively thorough and wide-ranging in its consultation procedures. Among its recommendations was that education debate should ‘show respect for research evidence and professional experience’ so that it ‘exemplified rather than negated what education should be about’. The insulting speed with which the Government rubbished the Review’s recommendations was a depressing indication of how far we are from that enviable ideal.

Macfarlane E. J:  The organisation and management of independent study with particular reference to one-year sixth-form students.  Reading, May, 1986. 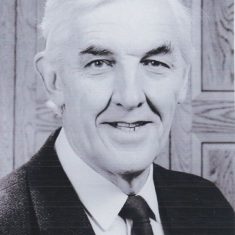 Eric Macfarlane’s most recent book, Who Cares About Education?,  published by New Generation Publishing (ISBN 978-1-78719-159-4), puts the case for a complete change of direction in our education system in order to meet the challenges of the 21st century.

What’s in a name? The rise of the practitioner academic and time to reconsider standardised induction support