We live in interesting times. We see global social media campaigns such as #MeToo, #BlackLivesMatter and #illRideWithYou responding to social, economic and political injustices, while on the other hand we see evidence of behaviours motivated by self-interest such as a presidential campaign and presidency that appears to be run through social media. An unintended consequence of the rise of social media as a means of delivering interactive news is that there has been a shift in legacy media, such as newspapers. In Australia, and possibly other parts of the world, this shift has created a niche market for newspapers that seek to enhance influence over politics.

The notion of ‘speaking truth to power’ is a longstanding idiom of public interest journalism. However, many of the stories we read seem to emerge from a paradigm of tabloid journalism, focussing on sensationalist narratives and, dare we say, ‘fake news’ and ‘alternative facts’. This can give rise to ‘speaking truth with power’, where corporate media and governments, to some extent and in some instances, become sympathetic allies; and where media practices target political and policy outcomes. In effect, this realignment of legacy media is perhaps designed to speak more directly to governments and politicians rather than the public. This context suggests the increasing importance of educational research as a mode of countering and resisting, through research evidence, the impact of mediatised policy-making.

One example of mediatised policy-making is seen in the policy effects of the media coverage of Australia’s performance on the Program for the International Student Assessment (PISA) between 2000 and 2014. This is the subject of a paper we have published in the Journal of Education Policy that is based on an analysis of 173 newspaper articles from 10 Australian newspapers. We focussed on media discourses about the nation’s performance on PISA, asking: What are the policy effects of the dominant and marginalised media discourses about Australia’s performance on PISA? A systematic review of the associated media coverage was conducted using a content analysis of newspaper articles from two national and eight metropolitan newspapers, gathered through the Factiva database.

There has been an increase in media coverage of PISA results, as the test and the performance comparisons within and across nations have become more significant in policy making. The focus on quality rather than equity was evident through two key findings.

First, 68 percent of the content of the news articles focused on evidence of educational quality – that is, a nation’s scores on PISA. These articles focused on means, averages, and percentages obtained from the first-released PISA reports that provide a summary of national and international comparative performance data. Subsequent reports provide more useful data for policy, especially in respect of equity matters, yet received less media attention. When slippage occurs in a nation’s test scores, as was the case in Australia in 2010, a resultant ‘PISA shock’ occurs, leaving media and policy-makers scrambling to establish ‘who is to blame’. We found newspaper coverage of Australia’s performance in PISA spiked following this period, with 46 percent of all newspaper articles included in this study being published in the two-year period between 2012 and 2013. These data were used as evidence to support claims of an education system that lacks quality, is in decline, is failing, and/or is in crisis.

Secondly, drawing on the evidence of educational quality, media coverage tended to focus on comparison between nations through the use of rank orders such as league tables. Initially, most references in newspapers constituted Finland (15 percent) as a reference society for Australia’s education system. This was later reconstituted, with East Asian schooling systems (30 percent) being heavily referenced. One newspaper report highlighted the then prime minister’s comment that Australia is fast becoming the ‘runt of the litter’ when compared with other top performing nations in our region.

Through a process of externalisation, PISA results are not being used as informative tools to learn from, but rather as a means of legitimising government reforms.

Through a process of externalisation, PISA results are not being used as informative tools to learn from, but rather as a means of legitimising government reforms. This results in mediatised policy-making. In Australia, we see evidence of this in the following examples. First, through the creation of a generalised political and public discourse of decline in Australian schooling with reactive policy foci in regard to funding, teacher quality, and academic rigour. Secondly, through the surreptitious construction of an ‘Australian schooling system’, that is, despite the constitutional reality of schooling being the responsibility of the states and territories, giving further legitimacy to federal government’s involvement in education. Finally, there was the reactive government legislation for Australia to be back in PISA’s top five by 2025, following Shanghai’s exceptional 2009 PISA performance.

As we have shown, legacy media have demonstrated their powerful policy effects in an age of social media. Our findings problematise media attention on PISA, as it focusses on national mean scores, indicating a fixation on discourses about the ‘quality’ of a nation’s performance rather than a concern with equity – despite the fact that the PISA data shows that the two go together in the highest performing nations.

The full version of the study discussed in this article is published in the Journal of Education Policy: 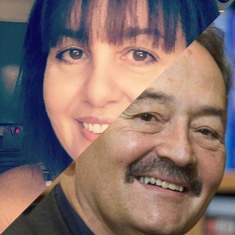 Aspa Baroutsis is a research fellow at the Faculty of Education at the Queensland University of Technology. She researches in the areas of sociology of education, education policy and social justice. Her research interests include mediatisation, media constructions and representations of identity, children and young people’s voice, digital technologies and literacy learning.

Bob Lingard is a professorial research fellow in the School of Education at the University of Queensland. His research fits within the broad areas of sociology of education and education policy studies. His most recent books include the co-authored (with Wayne Martino,‎ Goli Rezai-Rashti and‎ Sam Sellar) Globalizing Educational Accountabilities (Routledge, 2016) and the sole-authored Politics, Policies and Pedagogies in Education (Routledge, 2014). He is also editor of the journal, Discourse: Studies in the Cultural Politics of Education and, with Fazal Rizvi, editor of the Routledge book series Key Ideas in Education.

Are the Sustainable Development Goals sustainable?