In the latest issue of the British Educational Research Journal, Allen and Allnutt (2017) assess, using longitudinal data, the impact of Teach First teachers on secondary pupils’ outcomes.  While assessing the programme’s effects in schools is important, it is also important to examine the origins of Teach First to consider its wider impact on educational and policy contexts.  As the Scottish government takes controversial steps this month to expand Teach First north of the border (Denholm and McEnaney, 2017), and as the organization’s founding CEO is set to step down in September, now is the opportune time to re-examine the emergence of this influential programme in England.

‘How was Teach First designed and positioned in the existing landscape?’

How did the idea for Teach First appear in London in 2002, and how did it relate to the U.S. programme Teach For America (TFA)?  What role did policy entrepreneurs and networks play in launching and implementing Teach First?  And how was Teach First designed and positioned in the existing landscape?  These were the questions driving my doctoral study into the emergence of Teach First (Rauschenberger, 2016).  To answer them, I conducted interviews with approximately 50 individuals from the education sector, business community and government who were involved in the launch of Teach First and/or TFA.  Interviewee transcripts were triangulated with others’ accounts, archival data, and secondary sources then analyzed using a form of narrative inquiry.

The collective policy story that emerged revealed how two powerful business-led coalitions introduced the TFA-inspired idea.  But it was leaders from London’s Institute of Education who became some of Teach First’s most influential supporters and enabled the idea to survive.  In addition, the policy story highlighted that Teach First could have taken an alternative form – an experimental teacher preparation route that operated outside the TTA’s accountability framework – and the reasons it did not.

Additionally, the policy narrative revealed three critical points in which the TFA-based idea was reinvented.  Two of these changes were brought about by government actors intent on reigning in more radical elements of the Teach First’s originally proposed design.  The third reinvention related to the prominent role the corporate sector played in the branding and direction of the English scheme.  These changes made Teach First distinctly different from TFA, the latter whose founder had declined to help transfer her programme abroad.  There needs to be a wider recognition of how these two programmes differ and, as a result, how their role in, and impact on, their respective educational context – as well as their role in the global spread of their programmes – may also differ.

Overall, the constructed policy narrative of Teach First’s founding brings to life how a foreign idea was re-contextualized through a negotiated and time-sensitive network-building process.  This process was initiated by policy entrepreneurs outside of government and played out beyond public view.  The story challenges traditional state-centered and rational accounts of policy transfer that neglect the organizational contexts and personal histories that shape decision-making.  The story also challenges aspects of the Teach First’s founding narrative as told by its first CEO (Wigdortz, 2012).  Finally, my research also complements and builds on the work of Stephen Ball and colleagues by offering an explanatory account of the construction of a new influential network in education and by providing insight into which networks actually ‘matter’ (Ball, 2008, 2009; Goodwin, 2009).

I invite anyone interested in Teach First’s origins to attend my presentation at the BERA conference next Tuesday, September 5th at 12pm or contact me at e.rauschenberger@mmu.ac.uk.

Rauschenberger, E. (2016) Reconstructing the Emergence of Teach First:  Examining the Role of Policy Entrepreneurs and Networks in the Process of Policy Transfer. PhD Dissertation. University of Edinburgh.

Wigdortz, B. (2012) Success Against the Odds: Five Lessons in How To Achieve the Impossible: The Story of Teach First. London: Short Books. 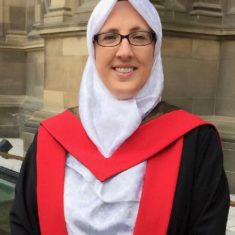 Dr. Emilee Rauschenberger is a Post-Doctoral Research Fellow at Manchester Metropolitan University where she researches policy networks, processes, and outcomes related to education and teacher development.  Emilee completed her PhD in 2016 at the University of Edinburgh where she investigated the emergence of Teach First.  She then served as a research assistant and wrote a literature review on the issue of quality indicators in initial teacher education for an upcoming five-year study funded by the Scottish Government.  Originally from the U.S., Emilee earned her BA in Political Science and Journalism from New York University.  She joined Teach For America and became a history teacher in Baltimore, Maryland and later in Washington, D.C.  During that time, Emilee earned her MA in Teaching at Johns Hopkins University and conducted research for Washington D.C.’s School Board.  In 2007, Emilee moved to Manchester to work for Teach First as it expanded into Northwest England.

Assessment for learning and curriculum-based performance standards: Case studies from the Northern Territory of Australia