In July 2015, the UK Counter Terrorism and Security Act (CTS) made it a statutory duty for teaching staff to identify and prevent extremism. This policy was the expansion of the UK ‘Prevent Strategy’ first emergent in 2008 as a response to the London bombings (2005) and then later developed under the Coalition government (2011). The most recent manifestation’s implications are beginning to emerge as schools have rapidly sought to amend their safeguarding policy and curriculum in light of scrutiny by the Ofsted school inspection framework post 2015.

My research outlines and examines a range of implications stemming from this policy for Muslim pupils’ experience in British state secondary schools. In carrying out this research, three perspectives are examined; that of pupil, teacher and government policy through a multi-method approach. I explore the teachers’ perspective through questionnaires and a sample of interviews. The Muslim pupils’ self perceptions’ are explored through questionnaires and pupil focus groups (ages 12-17). This research uses the methodology of Grounded Theory, in particular the constructivist version developed by Charmaz (2014). Importantly in this study, Muslim pupils’ voices and experience form the foreground, as their voices are rarely heard in public discourse, yet their images are so dominant in media and social consciousness (Ali, 2014).

Recent findings show that there is a clear recognition now among teachers that the Prevent Strategy is absorbed as part of the daily process of safeguarding (Busher, Thomas, et al, 2017).  However, despite this acceptance, my study also indicates the ongoing struggle this results in. For example, concerns are raised related to teachers’ confidence towards facilitating classroom discussion on certain contemporary issues, as they dread reporting or even misdiagnosing extremism. Yet if teachers open up a discussion, they risk creating the opportunity for a pupil to share and spread an extremist concept. Even if an individual teacher felt able to manage this scenario, the risk in light of Ofsted and media attention on the school is significant.

However, if teachers hesitate to open classroom space for discussion, pupils, (in particular Muslim pupils), will hesitate to trust the space as one in which to raise an issue concerning them. This is shown in an increasing tendency by Muslim pupils to self-censor their contributions to class discussion over foreign policy and raising things they encounter on social media for fear of being labelled ‘extremist’.

‘Teachers raise their desire to develop ways of supporting those pupils earlier to counter their alienating experience outside school.’

Although teachers report knowing how to raise a concern and report an extremist incident, a number of teachers raise concerns that by the time they implement Prevent, they have failed to ‘prevent’ a situation arising. The Prevent Strategy is the result, not the process, by then it is too late. Teachers, in interviews, raise their desire to develop ways of supporting those pupils earlier to counter their alienating experience outside school.  This is by creating an environment in which those pupils feel nurtured and equipped to analyse and evaluate the extremist messages that they might otherwise be vulnerable to.

My research suggests Muslim pupils are carrying a long-term burden of being suspect. Most current secondary school pupils were born after 9/11, so they have lived with the stigmatic association of Islam with terrorism their whole lives. Although schools should be a safe place for these pupils, it is nearly impossible for the ongoing sense of suspicion to not impinge on school life. However young or hardworking the pupils are, Muslim pupils feel seen as potential terrorists in society, particularly female students wearing the hijab, a visible religious symbol. Pupils express feeling watched when walking down the street or sitting on a bus. They perceive that when not being seen as terror suspects, they are otherwise being pitied for their seeming oppressed status as Muslim women. Either way, Muslim pupils feel misunderstood by the public and media which seeps subtly into their experience of school. In an environment of growing concern around mental health and wellbeing among teenagers, questions need to be raised over the accumulating affect on Muslim pupils of daily experiences of being perceived with suspicion.

Overall, my study indicates an increasing sense of anxiety within schools among teachers and pupils to manage and address this area. The securitisation of schools is a subtle and nuanced occurrence but observing and examining this process is crucial for recognising the long-term, impact of counter-terror policy and detrimental societal rhetoric on many pupils in UK schools. 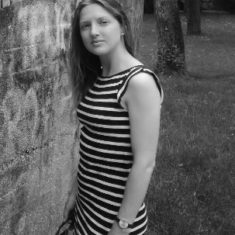 Anna Lockley-Scott (a.lockley-scott@warwick.ac.uk) is a second year PhD candidate at Warwick University (Centre for Education Studies) and formerly a secondary school teacher.  This blog contribution is based on her abstract for the BERA conference in September which will be presented in Parallel Session 8, 9am on Thursday 7th September 2017

In the Wake of Westminster…