In September 2016, the Women and Equalities Committee reported on the high level of sexual violence routinely experienced by young women in schools and the need for urgent action.

The report found 29% of 16 to 18-year-old female pupils had experienced unwanted sexual touching at school; 71% of all 16 to 18-year-old girls had heard words like “slut” or “slag” aimed at girls in school on a regular basis and 59% of girls and young women aged from 13 to 21 had faced some form of sexual harassment at school or college in the past year. The Government’s response published in November 2016 promised a “holistic” school-based approach, and has been widely criticized for not going far enough and has strengthened and renewed calls for statutory PSHE.

Sexual harassment, sexual abuse and violence among young people is widespread, as evidenced by the recent parliamentary report into sexual harassment in schools. A robust body of evidence has shown that many young people are accepting of some of these practices from a very young age. Research with 13-18 year olds suggests that young people trivialise and justify violence against women and girls (Sundaram, 2013, 2014; McCarry, 2010; Barter et al., 2009); view some forms of sexual harassment as normal and even inevitable (Stanley et al. 2016); and excuse rape (Coy & Garner, 2012).

Recent research shows that gender expectations and norms underpin young people’s understandings of what constitutes acceptable behaviour, and how boys and girls might be expected to behave in relation to each other (Sundaram, 2014a, 2014b; Sundaram & Sauntson, 2016). Young people’s views on ‘appropriate’ gender behaviour form the basis from which they explain, justify and rationalise violence against women and girls. For example, girls who do not conform to gender expectations of women within heterosexual relationships are narrated as ‘deserving’ of violence towards them.

A recent project on school-based sex and relationships education revealed the extent to which sexualised harassment permeates the school world, influencing the practices and beliefs of young women in particular (Sundaram & Sauntson, 2016).Young women’s learning about expected gender behaviour is often premised on ‘pleasing the boys’, which may include conforming to particular physical ideals of femininity or female sexuality and which frequently entail an acceptance of sexual harassment through policing of physical appearance.

Young women do point to areas for challenge to gender-based harassment. For example, they are clear that the content of sex and relationships education should challenge existing gender expectations around sexual desire, sexuality and sexual harassment or abuse. The current focus on heterosexual reproduction, the absence of (female) pleasure and agency, and the positioning of sex as ‘risky’ for girls as potential victims who must protect themselves from predatory boys, reinforces the gender relations, expectations and norms that underlie gender-based harassment and abuse. Schools must find ways to actively challenge these gender assumptions and to empower young women whilst recognising the structural and cultural inequalities that actively disempower them.

Sundaram, V. (2013). Violence as understandable, deserved or unacceptable? Listening for gender in teenagers’ talk about violence. Gender and Education, 25(7), 889-906. 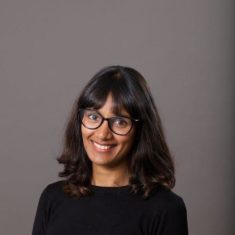 Dr Vanita Sundaram is Equality and Diversity Champion at the University of York’s Department of Education. She joined the Department in 2006 after holding a five-year research post at the Danish National Institute of Public Health. Her research has focused on key issues within gender education and social justice more broadly, including anti-violence education, teenagers’ experiences of violence in and out of school, the content and role of sex education and ‘lad cultures’ in higher education. She is currently a Senior Lecturer in Education and a member of the Centre for Research in Education and Social Justice. She is currently researching gender-based violence among teenagers (and the preventative role of education); sex and relationships education (SRE) and the inclusion of gender and sexuality in SRE curricula; lad cultures in higher education, and models for challenging sexual violence in/at universities.