International trends indicate that internet access is now widespread in developed countries around the world including New Zealand. So you may be surprised to discover that not all New Zealanders have digital access at home or the digital knowledge and skills they need to successfully engage in modern life. We’ve known for some time that a digital divide exists due to people’s differing abilities to access computers. More recent evidence suggests the divide is actually more of a digital spectrum and where someone sits on that continuum depends on more than access and device availability. For example, an individual’s socio-economic status (SES) can influence where they sit on the digital spectrum.

There is a popular view in developed countries that young people are savvy, digital natives (Prensky, 2001) immersed in their use of technology, but for individuals from lower socio-economic groups this may not be the case. Wanting to understand more, the current study looked at young New Zealanders’ digital access and use of technologies at home in their everyday lives. The research involved a national online survey with 16 and 17 year old high school students (from varying socio-economic groups) followed by interviews with a small group of young people who completed the survey.

‘Devices tended to be used most often for keeping in contact with friends and family on social networking sites, internet browsing, searching for information and schoolwork’

Follow-up interviews revealed that young people across all socio-economic groups reported having access to a range of devices at home including desktop computers, laptops, and phones. Devices tended to be used most often for keeping in contact with friends and family on social networking sites, internet browsing, searching for information and schoolwork. While the reasons for using different devices were similar across the groups, there were differences in terms of ownership. Young people from higher SES groups talked of having access to their own device(s), whereas low SES young people often shared device access with other family members. Apart from issues associated with negotiating access and control over their internet use, limited digital access at home can mean low SES young people may end up as less confident internet users. A further noticeable difference was that higher SES group had access to newer smart devices which was less evident for low SES youth.

Collectively, the results of this research point to the continuing existence of a digital divide and provide some insight into how it plays out in the everyday lives of young people in New Zealand based on socio-economic status. These differences in home access and use are important given that the young people across all groups felt that digital technology use at school varied and mostly lagged behind their everyday use, even when that everyday use was limited. Inadequate use at school coupled with variable access and use at home because of socio-economic factors, may further disadvantage these young people particularly given the increasing shift towards more flexible ways of learning that encourage ongoing learning outside of the classroom (Benade, 2015). Policy makers, school leaders and teachers need to be aware of these differences and continue efforts to improve digital learning practises in schools and beyond. It also highlights the ongoing need for programmes providing access and training for families in low socio-economic communities (Computers in Homes, 2014) as well as initiatives that support student ownership of their own digital device.

Computers in Homes. (2017). Bringing technology to New Zealand families since 2000: An initiative of the 2020 Trust. Retrieved from http:// http://computersinhomes.nz/ 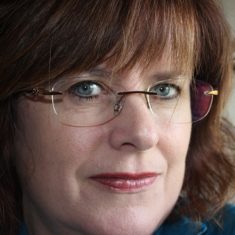 Dr Maggie Hartnett is a senior lecturer at Massey University, Institute of Education where she teaches in the areas of e-learning and digital technologies. She coordinates the postgraduate e-learning programmes and is associate editor of the Flexible Learning Association of New Zealand’s academic Journal of Open, Flexible and Distance Learning. Her research interests include motivation and engagement in digital environments, digital inclusion, teaching and learning with digital technologies, learner support, and digital places and spaces of learning that encompasses new learning environments.