Ever worked with a teacher trainee mentor who is not up for it? Or, even worse, is not up to it? They might be the colleague with a light timetable that year, or who is looking for professional experience at the cost of their mentee’s development, the class teacher with whom the trainee happens to share a class, or the steadfast acculturator who allows little room for innovation. Even if these mentors do have the requisite people-skills, knowledge, and expertise they can be easily undermined; lacking time, resources, kudos. The mentee can prove a challenge; more often than not it is the system and the implicit expectations therein that sabotage the process. No wonder some claim “school-based mentoring has …failed to realise its full potential” (Hobson and Malderez, 2013).

My thinking in relation to mentoring in the current ITT context was developed when I completed a Master’s module at Newcastle University on improving coaching and mentoring. Since then, the National Standards for school-based initial teacher training (ITT) mentors (2016), a – swiftly expedited – outcome of the Carter Review for ITT (2015) were published. These are a workable set of recommendations with a broad consultation (42 different institutions and groups are acknowledged), poised to create new norms in the field of teacher mentoring: a counter to ‘the way things are done’ and a chance for consistent quality across the myriad routes into teaching. Inevitably, as ITT transitions to a school-led system, we draw finer limits on our knowledge base. It’s a big effort for school-based mentors to extend their workload to keeping up with the latest innovations or research. Furthermore, the bizarre and inconsistent recruitment allocations have led to a new atmosphere of competition among educators who previously collaborated. With former partners now battling it out for the sparse (and getting sparser) numbers of new teachers and their fees, the Standards have the potential to impart cohesion to the diverging ITT Mentor community.

It is not just mentees and mentors who would benefit from a positive outlook. The Standards have it right then when they state that better mentoring can lead to “improved outcomes for children”. It is the “moral imperative” (Timperley, on behalf of the AISTL in Australia (2015) which surely should underline any work in schools, in this case alongside trainee success and wellbeing.

This document places the four brief Standards outside normal performative measures in school (they are non-statutory and merely recommended to Ofsted), lending them a flimsiness. This is surprising given the fullness of the consultation and the holistic intention. But it does represent a so-called “structuration”, a conduit to new norms through repeated practice which can calcify in social arena (Giddens, 1984). It needs the ITT community to start acting on them.

Make no mistake: the standards are welcome and I applaud that they sit outside performative structures. Who knows? This may help to foster compassion and dialogue rather than obsessions with quantitative data and graded lessons. We would do well to work up the practicalities together and learn from home and abroad (such as guidance for professional conversations from Timperley, (2015), international studies on mentoring from Pennanen et. al. (2015), who draw on Kemmis’ work on Theories of Practice Architecture, established frameworks for coaching and mentoring as proposed by CUREE, 2005; and the school guide for coaching offered by Lofthouse, Leat & Towler, 2010) to improve mentoring as a whole. School-based ITT tutors would surely welcome some solidarity where they now shoulder a new level of responsibility and professionalism as the duty of conferring QTS passes to them and the critical eye of Ofsted examines NQT provision

The Standards reify the notion that ITT Mentoring is a skilled “profession within a profession” (Lofthouse & Hall, 2013). Let’s not leave them to be misinterpreted, misappropriated, or ignored. In taking the standards seriously, others will follow. No more will we ever ‘default’ to a mentor, but we can select, train and resource those who have the ability and the disposition.

Giddens, A. (1984). The constitution of society: Outline of the theory of structuration. Cambridge: Polity Press. 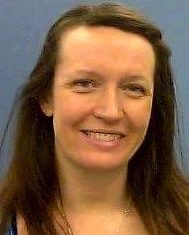 Ruth Magee teaches French and German in a secondary school in the North East. She is part of the core Teaching School team for her school’s alliance and leads on Training Development, Subject Knowledge Enhancement and their Primary School Direct. Before teaching Ruth managed regional enrichment and CPD programmes for modern foreign language teaching; she has produced MFL resources for primary and secondary.