In many countries, Finland included, national curriculum reform are central tools for large-scale school development. However, the way the reforms are carried out affects what actually happens – if anything. There is a mounting evidence that a certain kind of implementation strategy is precondition for the success of curriculum reform. Success meaning here coherence; a sufficiently shared understanding of the objectives of the reform and actual long lasting changes approved by teachers in every school. Prior research informs as that successful implementation strategy has features similar to any high quality learning process; it is collaborative and participative, knowledge-based and allows shared sense making (e.g. Hargreaves, Lieberman, Fullan, & Hopkins, 2009; Priestley, Edwards, Priestley, & Miller, 2012). However, the empirical evidence on the determinants contributing to the meaningful and coherent is still scarce.

There are some basic features in Finnish school system that need to be said to understand the curriculum reform and the study. Finnish curriculum is explicitly based on emphasizing the active and socially embedded nature of learning (Vitikka et al., 2012). However, teachers and schools are highly autonomous in their pedagogical solutions and accountability is interpreted through responsibility and trust in the educational practitioners. Finland has not adopted the idea of accountability testing and reliance on sample-based assessment (Sahlberg, 2011). This is coherent with the strongest acknowledged cultural goal of the Finnish school: equality.

The foundation of the Finnish educational steering system is the national core curriculum that describes general goals, core contents, principles, and guidelines for basic education; however, locally it is also a tool for schools and teachers to develop their own pedagogical praxis. The core curriculum reform is led by the Finnish National Board of Education, a state-level development agency that is responsible for planning, organising, and implementing the curriculum reform and inviting stakeholders to participate in the work. Hundreds of stakeholders, including representatives from universities, schools, and associations were invited to participate also in the latest curriculum reform work.

To study the experiences of actors in the different levels of the school system and created a survey instrument, Curriculum Reform Inventory. In the study reported in Pietarinen, Pyhältö & Soini (2016) we hypothesized that an implementation strategy relying on collective sense making that promotes the shared vision, consistency, and stability of decision-making facilitates the perceived educational impact of the curriculum reform, which, in turn, contributes to the perceived coherence within the curriculum. Stakeholders accountable for constructing the national core curriculum in Finland completed a survey.

What is the interrelation between implementation strategy, impact and curricular coherence?

The respondent viewed the strategy in Finnish curriculum reform constituting two distinctive strategic elements: a participative element of knowledge sharing that increased transparency, and a strongly steering element of change management. The results show this kind of strategy was associated with successful reform constructing a coherent national core curriculum.

‘Somewhat unexpectedly, the impact of the implementation strategy on the perceived coherence of the core curriculum was indirect by nature’

However, somewhat unexpectedly, the impact of the implementation strategy on the perceived coherence of the core curriculum was indirect by nature. More precisely, it was mediated by the stakeholders’ perceptions of the educational impact of the reform. The results show that the way stakeholders assessed the consequences of the reform was a core determinant in terms of the perceived coherence. More precisely, it seems that if the accountable experts designing the curriculum are able to recognize how the planned developments facilitate sustainable school development at the local level, and ensure educational equality at the societal level they are also able to build coherent views about the curriculum under construction. Moreover, the process, where critical voices are also allowed, the new ideas are elaborated and tested. This, in turn, validates the aims and works as quality control for the educational reform. 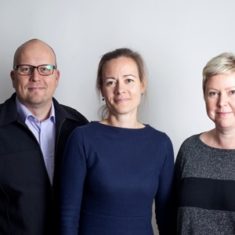 The group is interested in preconditions, regulators and processes of educational change, especially meaningful learning and socio-contextual well-being of the participants of large-scale school reforms. The group aims to contribute both to the theory of educational change as well as identify the strategies and practices of sustainable development in school.

The success of Finnish schools: Lessons from a high-performing system