With increasing criticism of the English government regarding over-testing and high pressure in state schools, alternatives to early years formal education, such as practitioners of the Montessori Method and Steiner Waldorf education, are rising in popularity (McKeown, 2013). Both of these alternative schools appeal to parents for their child-led approach to schooling, primarily concerned with producing a holistic, self-involved learner rather than with meeting strict attainment levels through a standardised testing regime. However, the extent to which these alternative practices benefit our children to any lasting degree is still to be determined – do such educational foundations allow for improved attainment in a state school at a later date? Or does the more complex, almost unquantifiable benefit lie in the personal and emotional development of the pupil and their capacity to initiate a societal change?

The Montessori method is grounded in physiology and operates on the basis of optimising a child’s capacities at the correct stage of their development, known as “critical periods”. This leads to a freer curriculum in conjunction with precise organisation in the classroom, and while the lessons and classroom structure is influenced greatly by the needs and capacities of the child, the environment still provides a structured space with rules and boundaries. Montessori schools link with critical pedagogy, not only by their nature of being deviant from mainstream in delivery of the curriculum, but also because the overall ethos of Montessori is for the child to develop their own compassion rather than following their own self-interest. Independent thinking and learning are encouraged in Montessori, which aligns closely with Freire’s concept of critical consciousness. At a fundamental level, to be critically conscious, a child must be a freethinker able to perceive and analyse the world around them as well as any arising contradictions (Giroux, 2009). This in turn leads to the development of social consciousness.

Steiner schools also draw parallels with critical pedagogy, providing a structured, rigid curriculum for children while focussing on their holistic and spiritual welfare. The basis of this development lies in the belief that spiritual development lies in accessing and understanding an intrinsic awareness of morality and a self-motivation to behave in a morally sound manner, rather than acting based on instruction from authority. Subsequently, graduates of Steiner schools are more likely to become enveloped in social justice and issues of citizen-based needs than the mainstream educated (Dahlin, 2010).

Flying in the face of the neoliberal state school, Montessori and Steiner education are concerned with developing the child’s spiritual development and autonomy, their voice, and their capacity for critical engagement; three key aspects that threaten the education system, and indeed society in general, of this country. However, limited research has been conducted with regard to how lasting the influences of such education is. What is available suggests that employing critical pedagogies improves a child’s educational attainment; be it early education in practices such as Montessori or Steiner, or engaging with Philosophy for Children (P4C) modules in the classroom (Bleazby, 2005). What is more difficult to measure is the aspect of critical thinking, and this is an area where there is a death of research. Implementation of critical pedagogy in a mainstream school setting would teach young people how to think critically about the world around them, the social dilemmas and injustices they experience, and how best to think, say and act in order to make a change for the better. However, while many elements of critical pedagogy can be practiced successfully in alternative forms of education, the praxis is inherently conflicted with that mainstream education. As such, research into this area would be beneficial, as any exposure to the elements of critical pedagogy (critical thinking, exercising autonomy, questioning established conventions and recognising injustices) are beneficial to the child’s holistic development, and as such, any child has the potential to work towards creating social change at any point in his or her life. 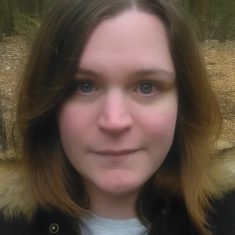 Jessica Tawn is a recent Education Studies graduate from the University of East London, and is currently volunteering as a lecturer’s assistant at her alma mater. She will continue her studies at postgraduate level at Kings College London in September, and plans to further develop her research on critical pedagogies, their individual and societal benefits, and their potential inclusion within educational policy. Jessica is also a proud mother of three children.