France and the UK have typically taken divergent approaches to the schooling of the children of immigrants, and to migrant incorporation in general. My master’s dissertation found that these two approaches had converged in response to the ongoing threat of Islamic terrorism. In particular, there are striking similarities between the UK’s Prevent duty and the duty to promote fundamental British values, and the set of policies that emerged after the January 2015 terrorist attacks in Paris.

As a Brit living in France, I perhaps did not initially grasp what these attacks represented. For large numbers of French people, Charlie Hebdo is synonymous with a tradition of freedom of speech and irreverence to religion that goes back to the revolution. For many, it was this tradition, as well as the nation-state, that was under attack.

That the attackers were born and schooled in France raised questions about the success of the French model of integration. This unease only deepened in the days following the attacks, as pupils in 200 schools across France refused to join in the minute’s silence in honour of the victims. Many were affronted by the magazine’s publication of cartoons of the prophet Mohamed and its often racialised depictions of Muslims. Some went as far as to qualify or justify the attacks. Others claimed they were part of a Jewish conspiracy. There was a growing sense that it was not only the four attackers that were ambivalent towards what Charlie Hebdo represented.

These anxieties are not new. In the context of global Islamic terrorism, and of the riots that occurred in the Paris region in 2005, young people of immigrant origin have featured prominently in the debate on national identity. January 2015 fed into preexisting discourses that present French Muslims as self-segregating, anti-Semitic, and hostile to the values of liberté, égalité, and fraternité.

“What is new is the use of education as an instrument in the fight against terrorism.”

What is new is the use of education as an instrument in the fight against terrorism. In the speech she made five days after the attacks, education minister Najat Vallaud-Belkacem placed the public school system at the centre of the government’s response. She cited unequal attainment, a lack of social mobility, and outright discrimination as evidence that the republican school had failed in its mission to promote equality and fraternity. She also denounced a lack of common values and the retreat of young people into their cultural identities, suggesting that schools had a role to play in meeting these challenges.

In the policies that followed, we begin to see similarities in the two countries’ approaches. Schools in both countries must now play a role in the prevention of terrorism by promoting liberal-democratic values, though these are labeled as republican values and fundamental British values respectively. Teachers are required to challenge and report behaviour that contradicts these values, and are trained in spotting the signs of radicalisation.

In spite of these similarities, the language and content of the French documents often reflects local concerns. References to religious clothing allude to the longstanding debate on Islamic veils. The insistence that students participate in commemorations and collective moments seems to speak directly to the controversy around the minute’s silence. Crucially, the continued centrality of laïcité – or secularism – in the French response suggests that local policy traditions continue to be significant.

Since these policies have only recently been implemented, it is unclear how they are being interpreted, transformed, or even resisted at the level of the school. The recent change of government may also be significant in determining their future. There have not as yet been any changes to this particular set of policies, though it is noteworthy that some of the Hollande government’s education reforms are in the process of being reversed. My PhD research follows the trajectory of the policies, and examines how they are being implemented in schools.

DfE. (2014a) Promoting fundamental British values as part of SMSC in school. London: Department for Education. 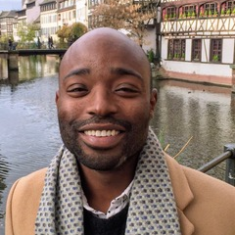 Jonathan James is a PhD candidate at the UCL Institute of Education, funded by the UCL Graduate Research Scholarship. This post draws on aspects of his master’s dissertation, which traced the impact of civil disorder and domestic terrorism on education policy in England and France. His PhD research builds on the previous study, investigating how the policies are being implemented in light of the two countries’ policy traditions, and educators’ preexisting values and practices. He has previously taught English, French, Citizenship and PSHE in secondary schools in London and Paris.