Schools are institutions in which racial conflict is brought into focus and can be acute. Gillborn (2008) asserts that current education policy is not designed to eliminate race inequality, but to sustain it at manageable levels in a system that privileges majoritarian insiders and marginalises those minorities deemed backward or belligerent. These observations have some relevance to the educational experiences of Gypsies (see endnote below), Roma and Travellers, in the UK and elsewhere in Europe, where alienation and poor relations are evidenced through high rates of bullying towards Gypsy, Roma and Traveller pupils, high exclusion rates from school, and low rates of participation and achievement (Ryder and Cemlyn, 2014).

Formal education has been viewed with mistrust by some Gypsies, Roma and Travellers, and as counter-productive to the preservation of their traditional way of life; others though have been alienated by racist incidents inflicted by fellow pupils and teachers. However, others have striven to gain access into mainstream education and participated actively in the curriculum (Derrington and Kendall, 2004). At times, mainstream society has viewed the formal education of Gypsies, Roma and Travellers as a ‘civilising agent’, to assimilate, others have contended that formal education is a means by which Gypsies, Roma and Travellers can achieve equality, greater self-reliance and hence greater cultural autonomy and representation (Foster and Cemlyn, 2012). In my book Sites of Resistance (Ryder, 2017) I attempt to probe and understand these positions by drawing upon more than 25 years of work with these communities in the UK and elsewhere in Europe, as a school teacher, campaigner and researcher.

Some might argue that traditional Traveller socialisation practices and non-attendance deny children their basic human rights, as the lack of formal schooling can limit their ability to adapt, thus minimising life chances. Yet others might argue that a mono-cultural education system which favours the dominant culture poses equal dangers. In such a system, it is argued, many Gypsies and Travellers find themselves at a disadvantage in a learning environment that values academic success rather than experiential learning and skills development. Moreover, it can be argued that school fails to offer a safe and secure learning environment as a consequence of prejudice and bullying.

The challenge for schools in the 21st century is to offer learning environments that allow Gypsies, Roma, Travellers and other minorities to maintain their identity, but also to acquire new and adapt old skills.

An educationally inclusive school has been defined by the Office for Standards in Education (2000) as one that offers new opportunities to pupils who may have experienced previous difficulties, and takes account of pupils’ varied life experiences and needs. Inclusive schools monitor and evaluate the progress each pupil makes, and they promote tolerance and understanding in a diverse society. However, the search for ’inclusive education’ is becoming an increasingly elusive goal. It is feared that cutbacks to school budgets are creating poor-quality learning experiences for many children, especially those at the margins such as Gypsy, Roma and Traveller pupils. Furthermore, oversized classes, a monocultural and inflexible curriculum, and creeping forms of selection are undermining educational inclusivity (Cemlyn and Ryder, 2017). One of the most alarming outcomes of austerity politics in the UK has been the savage reduction of Traveller education services, local authority agencies providing support on home-school liaison, classroom assistance and strategic guidance to schools.

A comment from a Gypsy elder in the UK that has always stayed with me, is:

The challenge for schools in the 21st century is to offer learning environments that allow Gypsies, Roma, Travellers and other minorities to maintain their identity, but also to acquire new and adapt old skills. Sites of Resistance argues that a prerequisite to such inclusive schooling is partnership and dialogue within broader policy frameworks which are based on recognition and redistribution.

Endnote
Roma is the term generally used to describe the Romani communities of Central and Eastern Europe because a growing number see the term ‘Gypsy’ as pejorative, although they belong to the same ethnographic group as British Gypsies who prefer to continue to use this term. Irish Travellers descend from ancient Irish nomadic groups. Gypsies and Irish Travellers traditionally have close-knit family and economic networks, and nomadism – or the possibility of it – remains a strong cultural value in a way that it does not for the mainly sedentary East European Roma. In documentation and discussions, ‘Roma’ can encompass diverse groups such as Roma, Gypsies and Travellers.

Sites of Resistance: Gypsies, Roma and Travellers in school, community and the academy by Andrew Ryder is published by Trentham Books at UCL IOE Press.

Foster B and Cemlyn S (2012) ‘Education, inclusion and government policy’, in Richardson J and Ryder A (eds) Gypsies and Travellers: Empowerment and inclusion in British Society, Bristol: Policy Press Book: 61–81

Ryder A and Cemlyn C (2014) Civil Society Monitoring on the Implementation of the National Roma Integration Strategy in the UK, Budapest: Decade of Roma Inclusion Secretariat Foundation. https://www.birmingham.ac.uk/Documents/college-social-sciences/social-policy/iris/2014/UK-civil-society-monitoring-report-en-1.pdf

Ryder A (2017) Sites of Resistance: Gypsies, Roma and Travellers in the Community, School and Academy, London: Trentham Books at UCL IOE Press 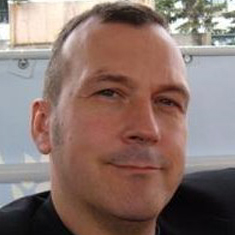 Andrew Ryder is an associate professor at Corvinus University Budapest, and associate fellow at the Third Sector Research Centre, University of Birmingham.