What does BERA owe to Margaret Thatcher?  It sounds like a weird pub quiz question, and may have an even weirder answer.

When BERA’s inaugural conference met in Birmingham in April 1974, Thatcher had already lost her post as secretary of state for education and science amid the shambles of the general election, in which Edward Heath’s Conservative government famously asked who runs Britain and then found out that it didn’t.  Yet Thatcher was ultimately responsible for the DES’s dusty answer when the leaders of the new organisation asked for a pump priming grant to hold its first conference and get itself organised.

The DES’s negative response caused much concern, with research leaders comparing the British attitude to educational research unfavourably with other advanced nations.  Most failed applications of this type lead to the end of a project rather than a starting point.

So, why did the DES say no to BERA, and why might we thank Mrs Thatcher for it?

The answer to the first question can be found in the National Archives at Kew.  Sir David Eccles, the Conservative minister of education who set up a ministerial research unit, was happy to support academic research based in the universities, even where this might be critical of official education policy.  Many of his officials were much less sanguine, and resisted applications to fund new societies and centres in the 1960s.

This attitude hardened with Mrs Thatcher in charge in the early 1970s.   The department shifted from a ‘patronage’ role to one that was ‘policy oriented’.  In future, the DES would only support an application if it was directly related to the Department’s own policies, or deemed to be of direct public concern.

Its new planning unit affirmed in a memorandum in October 1973 that ‘What the Department seems to need is the services of what might be called “hack” research workers.  Not “hack” in a derogatory sense, but people who get down to a job of fact gathering and careful assessment without having too many preconceived ideas of where the educational system ought to be going.’

Nevertheless, rather than stifling the nascent BERA at birth, the DES’s approach actually forced it to depend on the resources available to university-based educational researchers.  This would certainly not be an easy road, especially as there were some in the academy who looked down on educational research and in the schools who regarded it as irrelevant.

But at least it would not be dependent on the vagaries of state funding which might be vulnerable to changes in government policy.  Instead, it would be an independent charitable agency standing on its own feet, accountable above all to its own membership for its future direction.

So here, then, is the answer to the second question.  In this sense, BERA has a lot to thank Mrs Thatcher for, as she helped to establish an organisation that in 2017 flourishes as a broad church with over 2000 members, which has carved out a space for researchers often in difficult times, and that stands for high quality educational research in all its many forms across the UK and for members around the world.

John Nisbet, BERA’s first president, at the conference that the DES declined to fund, pointed out that such research had a ‘critical role’, that is, providing ‘constructive criticism’. Another early president, Brian Simon, pointed out exactly forty years ago that the real issue was ‘whether scientists are to be allowed to operate as scientists, educationists as educationists, researchers as researchers; or whether all are to become service personnel, waiting cap in hand for orders in response to which appropriate methods will be sorted out to produce acceptable results or conclusions’.

It is this academic freedom and commitment to truths that may be inconvenient, in an age of fake news and widespread distrust of experts, that BERA continues to represent today. We welcome all who wish to join us, whatever your interests or your approach to education in its widest sense. 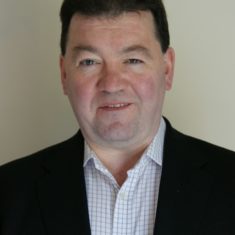 Gary McCulloch is BERA president, 2017-2019, and Brian Simon professor of the History of Education at UCL Institute of Education.

His presidential address, ‘Educational research:  which way now?’, is presented at the annual BERA conference held at the University of Sussex, 5 September 2017 at 17:30pm.

Asa Briggs – a champion of history and education