The under-achievement of white working class boys in England is well documented. They are the lowest academic achievers at the age of 16 for any socio-economic class grouping (Sutton Trust, 2016), with only 24% of them achieving 5+ A*–C GCSEs (DfE, 2014). However, there are some from this cohort who do succeed educationally. A recent study (Travers, 2016) explored the educational trajectories of a small group of academically successful white working class boys and the multifaceted variables that contributed to their success. When these young men were asked what they saw as dampeners on the educational aspirations of white working class boys, one factor – setting in the classroom – was referred to on numerous occasions.

Setting, ability-based grouping, is a contentious issue within UK education, even though research has consistently failed to find that it delivers any significant benefits (Francis et al, 2016). This existing research appears to have failed to impact upon teaching practice in England, as ability-based grouping continues to be used in most schools.

Sadly, many children find themselves in the bottom set for other-than-academic reasons. Hallam and Parsons (2013) listed characteristics – such as coming from a low socio-economic background, being male, having a mother without educational qualifications, being raised in a one-parent family, having been born in the summer, and not having been read to at home – that those children in the bottom set often exhibit. If a child experiences these initial educational disadvantages, he may well find himself in the bottom set at school.

Could it be that ‘problem children’ are created in a school with setting? Ireson and Hallam (2009) found that students’ academic self-concept was strongly related to the set they were in, with those in the lowest ability set having a negative academic self-concept and those in the highest ability set having a positive academic self-concept. In their survey of 1,500 teachers they found that there were considerable differences in the teaching of low- and high-ability groups, even when the same teacher taught both groups. The children in the lower sets were taught a different curriculum in a different manner, with less discussion, less homework, less feedback, more practical work and more repetition.

Participants thought that many white working-class young males were negatively impacted if they were in the lower ability groups at school.

In the Travers study (2016), participants repeatedly stated that they thought that many white working-class young males were negatively impacted if they were in the lower ability groups at school. They did not have any expectation of experiencing academic success and, from what the participants said, the teachers had little expectation that those children in the lower set would experience academic success. Thus, it could be argued that the ‘habitus’ of the school positions white working-class males as ‘deficit’ and as ‘not academic’, and this view underpins everything that takes place. The young men interviewed recognised what went on in schools and how this appeared to cement most white working-class boys into a subordinate position.

Ireson J and Hallam S (2009) ‘Academic self-concepts in adolescence: Relations with achievement and ability grouping in schools’, Learning and Instruction 19(3): 201–213

Travers M-C (2016) Success against the odds! An analysis of the influences involved in accessing, experiencing and completing an undergraduate degree for white working class men, unpublished PhD, King’s college London 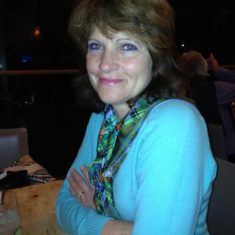 Mary-Claire undertook a PhD at King’s College London and worked in the Department of Education and Professional Studies there. She is currently involved, on a part time basis, in an EEF funded project on Best Practice in Setting headed by Professor Becky Francis at UCL IOE.

Travers’s interest in the educational achievement of white working class boys began in the late 1970’s when teaching this cohort students of in very deprived parts of south London, left her feeling that something different had to be tried to lift their academic achievements.

Is school choice a reality for all?