It hardly seems possible, six years after its creation of the BERA Blog, that this is its one-thousandth post. The brainchild of BERA CEO Nick Johnson, in 2015 the BB set out to provide research-informed content on key educational issues to policymakers, academics, parents, teachers, educational leaders, members of school communities and anyone interested in educational research. For interested readers, the forthcoming issue of BERA’s Research Intelligence magazine issue will include a feature on editors’ reflections on the BB’s historical development.

Thanks to the fantastic contributions of all of our authors, the blog has flourished beyond all expectations, and is now the leading international blog on educational research. The latest figures show that it has been viewed by people in 225 of the circa 230 countries and territories that Google Analytics gathers data on, and has sizeable audiences in the US, Australia, India, Ireland, China, the Philippines, Canada and elsewhere.

We are delighted to celebrate our one-thousandth BERA Blog post by republishing some of our favourite posts in a special issue. This collection is drawn from among the ‘most-read’ posts across the period 2015–2021, which tap into current issues in the educational landscape and which we, most importantly, have enjoyed re-reading. We hope you do too!

If you have an idea for a future blog piece, please contact members of our editorial team. The blog is open to anyone to make a submission, and our editorial team looks forward to working with an even more diverse group of contributors for the BERA Blog’s next thousand posts! 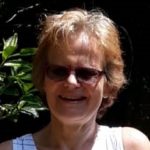 Rowena Passy is a senior research fellow at the Plymouth Institute of Education, University of Plymouth. She spent most of her life with horses until discovering academia, and now enjoys combining her love of outdoor activities and pursuits with her research and teaching. She has worked at the National Foundation for Educational Research as well as at Exeter, Leicester, and De Montfort Universities. She has developed a wide range of research interests in the field of education, including school leadership and management, education policy, outdoor learning, initial teacher training, and teacher retention. 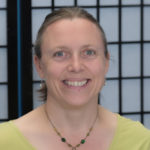 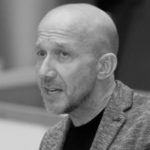 Professor of Education/Research Degrees Leader at University of East London

Gerry Czerniawski runs the Professional Doctorate in Education at UEL and teaches on Initial Teacher Education (ITE) courses. In addition to his role as a researcher, author and teacher educator he is the Lead Editor of the BERA Blog and a trustee and council member of the British Educational Research Association (BERA), standing as Engagement Chair since 2017.