It is known that, over recent decades, societies around the world have witnessed drastic transformations that have affected various facets of people’s lives. These changes have created favourable conditions for the emergence of globalisation and individualism which, in turn, have created tensions regarding the role of education, and updated the discourse about social and educational inclusion.

On the one hand, globalisation has, by enhancing interconnections and interdependence, facilitated the growth of the global market and the knowledge economy, which entangles nation-states in stiff competition. National economies, in order to survive and progress, need a workforce that is well-equipped with the ‘know-how’ to make profits, and this renders important the economic dimension of education (Brooks et al 2013). Therefore, between ‘selection’ into employment and ‘socialisation’ for adult life, which Durkheim named as the two main roles of education, it seems that it is the former that has gained ground (Jarvis 2007).

On the other hand, increasing individualism and looser social relationships enfeeble the sense of community at a lower, more local level, and in the framework of the ‘global war for talent’ that characterises the post-industrial era, priority is given to individual choices, needs and rights. Therefore, emphasis is put on self-worth, self-sufficiency and personal competence (Brown and Tannock 2009).

‘It is education that is expected to tackle social fragmentation and buttress social inclusion and cohesion.’

The combination of increasing globalisation and individualism weakens collective values and social ties, jeopardising the ideals of equality, equity, social justice and democracy (Green 2006). Nevertheless, the survival and sustainability of the natural and social world requires collective initiatives and collaboration. Given that the self-regulation of the contemporary economic, political and social life seems to work against that, it is education that is expected to tackle social fragmentation and buttress social inclusion and cohesion.

In light of the above, it is evident that education becomes involved in a tug of war: it is expected to help individuals be competitive so that they thrive in the contemporary economically-oriented societies, but at the same time it is also expected to cement the ties among individuals so that it fosters participatory democracies characterised by vivid civic engagement. It appears that, nowadays, the side that wins the rivalry is the one that favors high performance standards and competition. Consequently, notions such as educational accountability, achievement, effectiveness, and efficiency have dominated the field, leading to the educational and social marginalisation of students who are disadvantaged on the basis of characteristics of identity or what is considered ‘ability’ (Slee 2014).

While education cannot neglect its role in promoting individuals’ job market opportunities and therefore their economic prosperity and personal growth, there is a need to prevent it from neglecting its critical role in confronting the unravelling of social connections. Education needs to be empowered so that it becomes a strong and effective force for social change that confronts disparities and eliminates segregation. Recognising the importance of educational inclusion that aims for social inclusion is more important than ever, since it supports collective values that are in accordance with the ideas of collaboration, social coherence and active citizenship. It needs to be ensured that all students have the right to education, and to have access to it regardless of their background. They also need to have the right in education, so that they belong and feel accepted in their school communities and cultures, while having their needs met. In this way, quality democratic education will be provided to all students and social equality, equity and justice will be enhanced, since young people will be prepared to become citizens equipped with the skills needed to collectively solve problems while celebrating their diversity. 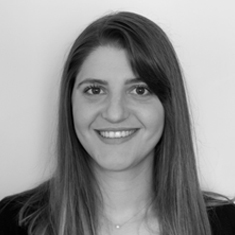 Maria Rapti is a teacher promoting the inclusion of students with special educational needs in a primary mainstream school, as well as a practitioner researcher of her own classroom practice currently focussing on ‘flipped classroom’ instructional approaches. She has completed a PhD in school leadership and inclusive education, as well as a master’s in special educational needs, at the school of education at the University of Leeds; she has also worked in the same institution as a teaching fellow in inclusive education, and as a personal assistant supporting higher education students with disabilities to access their academic environment. Her professional and research interests focus on various aspects of educational change and social justice, including the use of information and communication technologies for the promotion of inclusive education.

You can find further information about her journeys in academia and beyond at mariagrapti.wordpress.com

The effects of discourses in regional contexts on the development of curriculum-based literacy standards for adolescents in schooling: A comparative study of South Australia and Ontario

Educational imaginations to save the future?