‘Pastoral care’ was a term once used exclusively to describe the role of shepherds caring for their sheep in the pasture in Christian religious communities, and this provides a glimpse into its meaning in an education context (Best, 2014; Marland, 1974).

In 1974, Michael Marland, a visionary headteacher, became the first author to use the words ‘pastoral care’ in the title of his seminal book (see Best, 2014). Before his work on pastoral care, different authors had explained aspects of pastoral care, albeit in ways not as explicit or as relevant to my understanding of pastoral care as that set out by Marland. In his book, Marland provided a working definition of pastoral care when he said it ‘means looking after the total welfare of the pupil’, and he argued that ‘pastoral care’ has ‘a central educative purpose in itself’, and therefore should not be seen as ‘a way of simply supporting the academic work’ (Marland, 1974, pp. 8–9).

‘While it has been neglected in schools for some time, recent reviews of the literature have highlighted renewed attention to pastoral care.’

Over subsequent years, despite research efforts in this area, pastoral care has suffered neglect in schools. In some cases, school leaders considered pastoral care as low priority or an after-thought. Best (1999) investigated the impact of a decade of educational change on pastoral care – the data, based on a survey of 167 experienced teachers, revealed ‘a greater than expected degree of optimism about the resources and quality of teachers’ work in the key pastoral tasks and the importance generally accorded to pastoral care’ (Best, 1999, p. 11). Given the small sample size, the concern remains that failure to promote a holistic integrated pastoral and academic curriculum ‘might be expected to marginalise pastoral care’ (Best, 1999, p. 4). On the contrary, recent reviews of the literature have highlighted renewed attention to pastoral care, pastoral structures in education, and how effective pastoral care can augment academic outcomes and assist in enriching learners’ lives and wellbeing (Best, 2014). This echoes  Marland’s six complementary aims of pastoral care, to:

Why is pastoral care in schools, further education colleges and universities critical (Laws & Fiedler, 2012)? Effective pastoral care is linked to academic engagement and performance (Furrer & Skinner, 2003), fostering friendly relationships among learners. These factors have been identified as solutions to improve truancy and other forms of absenteeism (Reid, 2003) and enhance resilience and, hence, academic outcomes in learners (Best, 2014).

Pastoral care in education means a whole-school strategic and operational approach to improve learners’ attendance, and to foster an atmosphere that is conducive for learning and promotes tolerance, resilience, fairness and equal opportunities for all, with due regard for protected characteristics. Such an approach to pastoral care should eliminate racism, inequality, discrimination and other hindrances to learning, to create an ethos that culminates in engagement and academic achievement of learners. Therefore, effective pastoral care can: 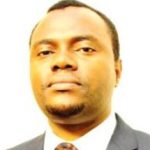 Babatunde is currently a PhD candidate at the Faculty of Education, University of Cambridge. He is a Homerton Santander Outstanding Achievement in PhD Award prize-winner. His research interests include pastoral care, mental health and wellbeing, teaching and learning, policy evaluation, and inclusion. He has more than 12 years of experience working as a secondary school teacher, with school leadership experience as a data and assessment coordinator, personal, social, health and economic (PSHE) education co-ordinator, subject co-ordinator and, currently, an assistant pastoral leader in a London inner-city academy. Babatunde is a Chartered London Teacher. This status recognises and rewards his commitment to inclusive education, and his key role in transforming education in London by working to raise the achievements of all pupils and by challenging educational underachievement and disadvantage. He held an appointment by the London Borough of Redbridge as school governor in a...