How can the curriculum be meaningfully researched when you are working with children in the early years? This was the underpinning question of a recent presentation on child-friendly research in the early years, delivered at a recent BERA–BCF event. UK and international early years curricula are, generally, play-based, although the value and role of play in children’s learning and development is debated (Pyle et al, 2017). Researching play within the curriculum is problematic because of many factors such as how to define ‘play’ within the curriculum, and what constitute child-friendly, ethical research methods. Research methods should be inclusive, respectful and beneficial to children, and the International Charter for Ethical Research Involving Children (Graham et al, 2013) provides a useful framework for evaluating different methods.

Much of the research on play within the early years curriculum is based on observational or interview methodology. Observation is fundamental to early years practice, and early years practitioners are skilled exponents of this method and its variants. However, as a research method for observing play in the curriculum it can be problematic. In relation to knowing what play is, how does the researcher know that what they are observing is play? Even if we can be sure that the phenomenon we are observing is play, observer effects are possible: how often does the adult researcher alter the play scenario when they observe? Interviewing or child conferencing can also be problematic, as anyone who has attempted to interview a three-year-old will know. Talking with children needs to involve an open and authentic dialogue, but language competence and cognitive overload can make this difficult. Power issues between the adult researcher and the young child being interviewed can also impact on the authenticity of any dialogue (Flewitt, 2014).

Visual methods have been used to research play. Children using cameras to take photographs of places they can play in, within their settings, and then discussing them is one such method – one that has been used to good effect in projects such as the Mosaic approach (Clark and Moss, 2011). Using this method and unravelling the significance of a doorknob which prevented play in one early years setting, and which was unknown to the adults in the setting, has never been forgotten by the author. Another photographic method that the author has used to identify children’s perceptions of play was explored during the presentation. This method, adapted from the activity apperception story procedure (AASP), has been used to repeated good effect (Howard, 2002; McInnes, 2010). It involves children sorting photographs into whether they think it is play or not play. A short verbal justification procedure then followed.

‘When observing play there is not universal understanding. Young children learn through play, yet an adult-initiated activity that is construed by the adult to be play may not be seen as play by the child, and therefore learning may be minimised.’

During the presentation, participants sorted some of the photographs themselves. This demonstrated the difficulties in defining what is and is not play; discrepancies in adult perceptions of play; and the similarities and differences between adults’ and children’s perceptions of play. This is important in determining and delivering a play-based early years curriculum that assumes a universal understanding of play. Differences between adult participants’ sorting of the photographs showed that when observing play there is not universal understanding. Young children learn through play, yet this sorting activity highlighted the difficulties in implementing play-based activities for learning – an adult-initiated activity that is construed by the adult to be play may not be seen as play by the child, and therefore learning may be minimised.

Finally, combining methods can be powerful, as demonstrated by the Mosaic approach (Clark and Moss, 2011). Inspired by this approach, using non-participant observation and audio-recorders to record adult–child interactions during play can provide insight into practitioners’ understandings of play, how adults influence children’s perceptions of play, and the types of dialogue that supports children’s play (McInnes et al, 2013). Talking to children about their sorting choices when using the AASP is another example of combining methods. Using the photographs as a focal point for discussion avoids many of the problematic issues concerned with using this method with young children.

Overall, child-friendly research in the early years is not easy. Ethics is the starting point, and ethical research – like ethical practice in general – needs to be paramount and continuous. Traditional methods of observation and interview have their place, but need to be carefully thought about so they are appropriate and respectful for young children. Using visual methods can be child-friendly but need the same level of scrutiny as other methods; and adapting and combining methods can be especially powerful. In conclusion, the take-home message for using child-friendly research methods in the early years is to be creative, but be ethical.

McInnes K (2010) ‘The role of playful practice for learning in the early years’, PhD thesis, University of Glamorgan

Pyle A, Deluca C and Danniels E (2017) ‘Scoping review of research as play-based pedagogies in kindergarten education’, Review of Education 5(3): 311–351 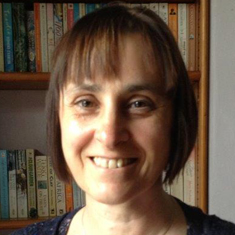 Karen McInnes is a research fellow at Norland College. Previously she was programme leader: postgraduate and international in the Institute for Education at Bath Spa University. She has been an award leader for the MSc play therapy and MSc play and therapeutic play at the University of South Wales, and completed her PhD in play and learning in the early years while there. She has published on various aspects of early years education and play, and is the co-author (with Justine Howard) of The Essence of Play (Routledge, 2013).