One of the most challenging considerations when researching with children is the question of gaining children’s consent to participate in research and their perspectives on the topic under study. Issues relate to the age at which children can realistically understand what they’re being asked to participate in as well as consideration of their cognitive and linguistic ability to give consent.

Within the UK, the term ‘child’ means anyone below the age of 18 years. The 1948 United Nations Convention on Human Rights and the 1989 Convention on the Rights of the Child (United Nations, 1989) granted rights to children between the ages of birth to eighteen to have their wishes known, listened to and respected. The dilemma for researchers is that the perceived ability of a child to give consent will depend not just on an individual child’s chronological age, but also on their level of understanding, particularly if they are experiencing a developmental delay. Requiring high levels of understanding for a valid consent, however, could operate to exclude research with very young children unless an adult has consented on their behalf (Mason, 2004).

Researchers need to develop ways of engaging children in a wide range of different circumstances, in order to obtain high-quality information, but they must also ensure that children’s rights are safeguarded (Mason, 2004). Young children are surrounded by adults who have a legal responsibility to act as ‘gatekeepers’, safeguarding them from outside influences, and arguably guarding their free choice of whether or not to participate in research (Mason, 2004). Children of all ages are subject to the control of those who have parental responsibility for their welfare and safeguarding.

‘The lives and stories that we hear and study are given to us under a promise, that promise being that we protect those who have shared them with us’

Alderson (2004) acknowledged that consent is a key issue in research with children which raises hard, often unresolved, questions (Alderson, 2004).  There is no simple answer to the question of when children are old enough to give consent. Much depends on their prior experiences within the social, cultural and historical contexts in which they grow and develop. This poses an ethical dilemma for researchers, which requires reflection. Denzin reminds of our primary obligation as researchers that is ‘,. always to the people we study, not to our project or to a larger discipline. The lives and stories that we hear and study are given to us under a promise, that promise being that we protect those who have shared them with us’ (Denzin, 1989:83).

Young children can be quite demonstrative in expressing their views, even if they do not verbally reject a researcher’s presence or questions. They can, for example, move away from a person they do not wish to be near (Aubrey et al., 2000), refuse to answer questions, change the topic of conversation or in extreme cases be physically aggressive if they feel particularly unhappy about situations. Flewitt (2005) found that children as young as three years old were ‘competent and confident enough to grant or withdraw consent – with some more outspoken and enquiring than their parents.’

The decision to adopt an ongoing process of assent whereby the child’s acceptance of the researcher within the setting can be taken as assent to participate in the research is sometimes considered appropriate where children have severe cognitive impairments. However, assent is not a term which sits comfortably with all researchers, some of whom argue that it may be used where children are simply too afraid, confused or ignored to refuse. This indirect approach for assent/dissent has however, been successfully used within studies involving children with developmental delays/disorders (Blackburn, 2014; Brooks, 2010) and this may be for now the compromise that I will live with.

Blackburn, C. (2014) The policy-to-practice context to the delays and difficulties in the acquisition of speech, language and communication in the first five years. Unpublished PhD Thesis, Birmingham: Birmingham City University 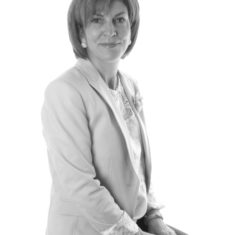 Dr. Carolyn Blackburn is a Research Fellow in Early Childhood Studies in the Faculty of Health, Education and Life Sciences at Birmingham City University.  She has been involved in a number of research projects that involved children as research participants or co-researchers including children with disabilities.  Carolyn is currently involved in a project exploring children’s Communicative Musicality and a project exploring Relationship-based Early Intervention Services for Children with Complex Disabilities which is funded by a Winston Churchill Travelling Fellowship.

Promoting children’s wellbeing, and right to make choices and engage in playful activities, in restricted environments through music and singing

Taking notice: Children’s observation skills in nature as a basis for the development of early science education