Academics who do not adhere to a particular line on gender and transgender issues have suffered intimidation by trans activists. The people under attack are not mavericks or extremists. They are feminists who question the trans-orthodox view that biological sex is a social construct while gendered identities are fixed and innate. They also seek to defend women’s sex-based rights. In this article, we explain what is happening and consider what steps the higher education community needs to take to ensure that academic freedom is not curtailed.

One reason why concerns about academic freedom have been crystallised by the trans activist movement in particular is the narrowness of the ideological viewpoint that it has sought to impose. National polling shows that only 19 per cent of people share the view that ‘trans women are women’, and dissenting opinion encompasses a range of views. Yet trans activists claim that questioning the position that a person’s ‘gender identity’ trumps their biological sex in legal and social contexts amounts to being ‘anti-trans’, and to denying trans people’s very right to exist. However, the academics who have come under attack by trans activists have not questioned the importance of guaranteeing the legal rights of trans people. Indeed, ‘trans-rational’ people who advocate for trans rights without denying biology face some of the worst abuse from trans-orthodox activists.

Many were alerted to the campaign of harassment of dissenting academics by a Times exposé of the campaign of blacklisting and smears orchestrated by a lecturer at Goldsmiths University to oust feminist academics from their jobs by accusing them of hate crimes. Campaigns of harassment by students, including death and rape threats, continue.

When academics disagree with a piece of research, they would normally encourage debate, critique and more research. However, in the case of transgender issues, activists have derailed this process repeatedly. This is particularly troubling given the need for research into the rapid growth in the numbers of young people presenting with gender dysphoria.

The climate within academia is inevitably influenced by the broader political arena, where trans activists have sought to shut down debate, often using violent misogynistic language and behaviour. Trans activists have adopted the slogan and hashtag #nodebate, claiming that debate constitutes ‘real harm’ or even ‘literal violence’.

‘It is deeply troubling to see reasoned disagreement routinely labelled as “fascist”. It is precisely within a climate of engaged, informed and intellectually rigorous debate that ethically and politically troubling ideas can be challenged and criticised.’

Sadly, this misogynistic name-calling culture has also entered academic discourse. For anyone concerned about language and meaning, and committed to democratic values, it is deeply troubling to see reasoned disagreement – often motivated by a concern with rights and justice – routinely labelled as ‘fascist’. It is precisely within a climate of engaged, informed and intellectually rigorous debate, and not in some rarefied ‘marketplace of ideas’, that ethically and politically troubling ideas can be challenged and criticised. Part of the point of going to university is to be exposed to a range of ideas that may challenge, inspire and even unsettle, and to develop the ability to engage with, articulate, defend and criticise arguments on a range of topics. This involves developing the disposition to listen to and appreciate nuanced discussion. Yet, in the current climate, students are being denied the opportunity to hear a range of views, and certain topics are deemed off-limits. Students’ political participation is constrained, and some female students in particular report being unable to speak their minds in class.

Universities must promote the foundational value of academic freedom. There are a number of concrete steps that they can take to this end.

First, universities must take appropriate disciplinary action against students and staff who engage in campaigns of harassment. Vexatious complaints that are simply intended to prevent the expression of views that others find uncomfortable should be given short shrift.

Second, universities should be vocal in challenging external directives, such as the Prevent agenda, that curtail academic freedom. They must be equally vigilant against internal managerialist pressures that treat academic freedom as a ‘risk’ to be managed.

Third, institutions need to pay attention to whether the organisations they work with operate in a way that is compatible with academic freedom. Lobby groups such as Stonewall and Gendered Intelligence provide staff training at many universities, and influence university policies, yet these organisations have faced serious criticisms for their role in silencing debate.

Fourth, the sector needs to address casualisation in order to maintain a critical mass of colleagues better able to exercise and promote academic freedom. The University and College Union (UCU) provides vital support for staff who face issues such as harassment and constructive dismissal. Yet while UCU regularly speaks out on academic freedom abroad, we would welcome more active leadership and solidarity from UCU on this issue in the UK.

When a vocal minority seeks to shut down academic freedom, it risks creating an impoverished intellectual environment which undermines the culture of dissent and productive disagreement that is essential to democracy. To counter this, universities and trade unions must stand up for educational and scientific prerogatives, and ensure that students understand these ideals. Finally, we all need to promote and model rational and civil discourse and intellectual rigour, and to show a modicum of courage in the defence of these values. 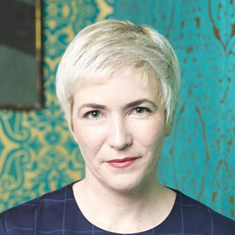 Alice Sullivan is professor of sociology at the UCL Social Research Institute.  Alice’s research is focused on the quantitative analysis of social, educational and health inequalities in the life-course. 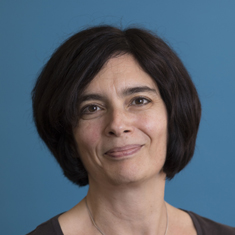 Judith Suissa is professor of philosophy of education at the UCL Institute of Education, London. Her research interests include anarchist theory, utopian theory, radical educational traditions, critical philosophy of race, and parent-child relationships. Her publications include Anarchism and Education: A Philosophical Perspective (Routledge, 2006) and (with Stefan Ramaekers) The Claims of Parenting: Reasons, responsibility and society (Springer, 2013).

Researching Gender & Sexuality in Educational Settings: An event for PGRs and ECRs