Between 2010 and 2015 the governments of the four nations that comprise the UK reviewed national arrangements for teacher education (Donaldson, 2011; Sahlberg, Munn, & Furlong, 2012; Tabberer, 2013; Furlong, 2015; Carter, 2015). At the British Curriculum Forum event in February 2019, teacher educators working in England, Northern Ireland, Scotland and Wales came together to review the development of national and local curricula for early career support. It was clear that strategies to strengthen teacher learning are a key feature of national education agendas, but the direction and pace of change varies. As attention in England turns to the Early Career Framework (DfE, 2019), in this BERA Blog post we consider the progress made in advancing professional learning in Scotland, Northern Ireland and Wales.

There is a growing realisation in Scotland that a curriculum for teacher learning needs to be career-long, not just for the initial phase. Teaching Scotland’s Future (Donaldson, 2011) acknowledged career-long teacher education is key for implementing the OECD’s recommendation, in Improving Schools in Scotland, that curricular responsibility moves ‘beyond system management in a new dynamic nearer to teaching and learning’ across a ‘strengthened “middle” of school and local authority networks’ (OECD, 2015, p.10). The Evaluation of the Impact of Implementation of TSF report (Black, Bowen, Murray, & Zubairi, 2016) reported a cultural shift in attitudes towards professional learning, with a greater link to student learning rather than going on a course. A Plan for Scotland (Scottish Government, 2016a) pledged money for teachers’ professional learning at master’s level, but the Delivering Excellence and Equity in Scottish Education (2016b) strategy’s understanding of teacher learning centred mainly on initial teacher education (ITE), with leadership for teacher learning a less obvious focus. This was balanced by the National Improvement Framework and Improvement Plan 2019 (Scottish Government, 2018), which developed a ‘new national model of professional learning’.

While intermittent progress is being made in structuring career-long learning, the scholarly foundations on which that progress is based are not entirely evident. Unless the binary between ITE and career-long education is more clearly recognised, the powerful assumptions associated with it may disrupt the construction of an efficient and coherent career-long curriculum for teacher learning in Scotland.

The final report of the international review panel that conducted the most recent review of ITE in Northern Ireland (Sahlberg, Broadfoot, Coolahan, Furlong, & Kirk, 2014) encountered considerable local political opposition, centred on concerns about proposed infrastructural change and restructuring of ITE programmes, including the length of those programmes. The collapse of the devolved executive and assembly for Northern Ireland in January 2017 means that that such ambitious changes are very unlikely to occur in the near future on the northern side of what is becoming an increasingly contentious border.

The Learning Leaders: A Strategy for Teacher Professional Learning (DE, 2016) has implications for ITE and induction, reflecting aspirations for more coherent career-long learning – most distinctively, building teachers’ leadership capacity at all levels, starting with the leadership of student teachers. The inconsistent operationalisation of a ‘three I’ model (initial, induction and in-service) led to discrepancies between those few newly qualified teachers who obtained permanent, full-time posts and the larger number of ITE graduates who gained temporary, part-time employment (Abbott, Moran & Clarke, 2009). The recent creation of the singular Education Authority in 2015, and the concomitant disruption, threatened to create even more inequality in how new teachers fared. However, the Learning Leaders strategy hints at a more substantial involvement for ITE providers in teacher induction, suggesting that student teachers will have a formal link with a higher education institution throughout their induction year, and if appropriate, beyond (DE, 2016, p. 23). Nevertheless, the final line of the strategy document is that ‘the pace of change will match available resources’, indicating a potentially insurmountable hurdle in the current economic climate.

Reform of ITE and early-career support is situated within, and inevitably influenced by, much wider-scale reform of the education system in Wales, and the official status of the Welsh language in a bilingual country. The Higher Education Funding Council for Wales manage and allocate numbers on ITE programmes, and professional standards are set by the Education Workforce Wales (EWC). Currently, ITE is provided by three regional ‘centres’, with two of the three being separate universities working in collaboration (students are enrolled at each university rather than the ‘centre’). Following reviews of ITE by Tabberer (2013) and Furlong (2015), and of the school curriculum by Donaldson (2015), the former minister for education made the decision that Wales will now have:

These new programmes are the result of an open tendering process, whereby universities had to either form new alliances or bid directly against existing collaborators for their existing programmes. While this revitalisation of ITE programmes may result in innovative practice to teach a pioneering curriculum, the scale and breadth of these changes suggest that education in Wales – including ITE, early-career and in-service teachers – ‘is approaching a fulcrum where it tips away from its past and into an unknown, but distinctive, future’ (Beauchamp and Jephcote, 2016, p.123).

Scottish Government (2016a). A Plan for Scotland: The Government’s Programme for Scotland 2016-17. Edinburgh. Retrieved from https://www.gov.scot/publications/plan-scotland-scottish-governments-programme-scotland-2016-17/

Scottish Government (2016b). Delivering Excellence and Equity in Scottish Education: A delivery plan for Scotland. Edinburgh. Retrieved from https://www.gov.scot/publications/delivering-excellence-equity-scottish-education-delivery-plan-scotland/

Re-imagining a curriculum for teacher knowledge 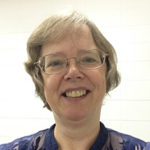 Senior Lecturer at University of Glasgow

Dr Beth Dickson is a senior lecturer in the School of Education at the University of Glasgow. In her roles as associate dean of initial teacher education (ITE), deputy head of school and director of learning and teaching, she has led the teams that have reformed teacher education. Beginning in 2008, the PGCE programme was restructured and raised to master’s level, with credits remaining live for five years after the end of the course so that students could complete the remaining credits in practice. The remaining credits were delivered online so that they could be accessed from wherever students were teaching. In 2010-2011, a pilot study was undertaken to construct a closer partnership with local authorities and schools in order to provide a more structured experience for pre-service teachers in schools. Students reported feeling greater tutor and peer support under this model, and it was subsequently rolled out through all ITE programmes. 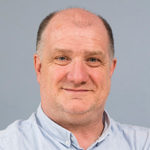 Gary Beauchamp is Professor of Education in the School of Education and Social Policy at Cardiff Metropolitan University. He was Director of Research from 2009-2020. Gary worked for many years as a primary school teacher, before moving into higher education, where he has led undergraduate and postgraduate courses in education, as well as supervising Doctoral students. His research interests focus on ICT in education, particularly the use of interactive technologies in learning and teaching. He has published widely on this and other areas, particularly primary education. He is one of the editors of the Wales Journal of Education and on the editorial board of Education 3-13 and The Curriculum Journal. In addition, he has been an Additional Inspector for Estyn, Chair of Governors in two primary schools and has served as external examiner for many universities. He has been a member of BERA Council, SIG convenor TED (Wales) and also Chair of British Educational Studies Association (BESA). 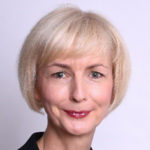 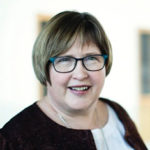 Professor of Education at University of Ulster

Linda Clarke was born in Brooklyn, New York, moving to Northern Ireland in early childhood. She qualified as a teacher in 1983 and served as a Geography teacher and head of department for 15 years. Her Masters degree is in education technology and her PhD examines the use of Elearning in initial teacher education. She was appointed as a Lecturer in education at Ulster University in 2001 and Senior Lecturer in 2008, with teaching responsibilities in initial teacher education (as Course Director in PGCE Geography) and in CPD courses in the ICT pathway of the MEd.

All from this series
Editorial: Reimagining a curriculum for teacher knowledge

Using mentoring and coaching to focus on the curriculum in action