As a teacher educator in Northern Ireland I was privileged to reflect about connecting learning, connecting times and cultures and, not least, connecting people, at the recent ‘Re-imagining a curriculum for teacher knowledge’ event in London – where, as it happened, the idea of connecting emerged as a recurrent theme.

The 2007 Northern Ireland curriculum was re-visionary: a broad, balanced, flexible framework offering schools increased freedom and emphasising connected learning. Rather than traditional subjects, the primary curriculum describes learning areas; ‘The World Around Us’, for instance, embraces geography, history, science and technology. Teacher guidance was clear, but opportunities to learn how to connect more limited, which gave rise to concerns about the dilution of the depth and distinctiveness of disciplines. Moreover, the thinking skills and personal capabilities infusing the curriculum are generic. Even so, according to Greenwood, Richardson and Gracie (2017), many teachers connect learning successfully.

‘We need intimate knowledge of the past. Not that the past has any magic about it, but because we cannot study the future, and yet we need something to set against the present’. (Lewis, 2001, p.58).

How quickly memory fades. My impression reading ‘Troubles’ literature with undergraduates is that knowledge of our history is limited. Suggestions of the squeezing of the humanities in schools by funding and assessment pressures are, therefore, worrying.

In the years since the 1998 Good Friday agreement, Northern Ireland’s primary schools have become increasingly multilingual. The Equality Commission for Northern Ireland (2017) highlighted immigrant multilingual pupils as being at risk of racist bullying and underachievement. Such children enjoy learning languages, and there is evidence of a positive correlation between immigrant multilingualism, language learning, and achievement (Jones et al., 2018). Despite a deficit in language skills, and the enhanced intercultural understanding that language learning offers, there is no statutory requirement in Northern Ireland for children in primary schools to learn a language (Jones, Greenwood, Purdy, & McGuckian, 2017). Should languages be included in our primary curriculum, international mobility programmes for student teachers will be vital, since both excellent language and pedagogical skills are prerequisites to successful language teaching.

Despite our highly networked world, ‘Loneliness has reached epidemic proportions in the UK, where researchers estimate that up to one in four people suffer from it’ (Smith, 2018). The mental health picture in Northern Ireland suggests that connecting young people with their neighbours is crucial. Through shared education, schools from different sectors access funding for pupils, staff and the community to learn together. One similar project resulted in the reopening of huge gates in the wall separating two alienated communities, because children on both sides wanted to play together. This began simply, with schools drawing on popular children’s stories to teach forgiveness in religious education, using materials from the International Institute of Forgiveness at the University of Wisconsin that address friendship, conflict and forgiveness rather than forgetting.

‘In troubling times, connecting and the curriculum are crucial. There is surely opportunity in connecting, in and through learning, with other people, times, communities and cultures, to develop respect and a moral imagination.’

Alan Jacobs’s exploration of the fear of dehumanisation in five writers of the Second World War (bodies tattooed with numbers in internment camps sounded sombre warnings), and their desire to instil, through education, an appreciation of human dignity, is timely (Jacobs, 2018). As Ricoeur (1948) argued, we should view learners as human beings, each with a story to be valued, rather than functions or collections of behaviours. For Ricoeur, story is the gateway to understanding ourselves, our relationship with the world and others. Robert Coles, Vigen Guroian and Seamus Heaney (in his Five Fables, broadcast by the BBC) also explored the power of story to transform through the development of moral imagination. If they are right, story must remain central to curriculum.

In troubling times, connecting and the curriculum are crucial. The Latin roots of the word ‘opportunity’ depict a hopeful picture of a boat brought safely to harbour. There is surely opportunity in connecting, in and through learning, with other people, times, communities and cultures, to develop respect and a moral imagination. The teacher’s role in this is pivotal, so the task of reimagining a curriculum for teacher knowledge is vital.

Smith, J. (2018, April 30). Loneliness on its Way to Becoming Britain’s Most Lethal Condition. The Independent. Retrieved from https://www.independent.co.uk/life-style/health-and-families/loneliness-lethal-condition-therapy-psychology-cox-commission-ons-health-a8311781.html 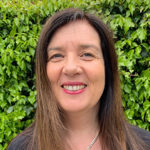 What are the drivers to inspire more girls to study computer science?