The recent climate protests involving youngsters going on ‘strike’ provides the stimulus for this reflection on the nature of curriculum. In Latin, the word ‘curriculum’ is derived from the verb ‘currere’, indicating both something ‘current’ and something that is ‘to be delivered’, preferably quickly, on racing horses on the way to Rome.

Translated to the world of education, curriculum is thus expected to deliver matters of importance, which may include the knowledge, attitudes and skills that are fundamental to survival in society: employment, economic security and ultimately, a safe planet to live on. It is apparent from recent ‘strikes’ that a breach of contract seems to have occurred between school curricula and children’s rights to a good education. And such a breach of contract is taking place at the planetary scale.

Understanding curriculum in relation to children’s rights has illustrious roots which go back to Kantian philosophy. Two well-known Kantian ideas – respect for the dignity of others, and the freedom and autonomy for each person to rationally determine the course of their own lives – have influenced legislation on children’s additional needs, child protection and welfare, as well as broader theorising on adult–child relationships. According to these principles, children have a right to claim an education that prepares them to exert rational judgement over their own lives, but also a right to claim a healthy environment that will support their life-projects.

It is hard to argue against this. However, as MacAllister (2019) reminds us, rights-based understandings of both education and the environment depend on a combination of both protection (that is, from physical or mental harm) and freedom (from abuses of power and/or mismanagement of Earth’s resources), which are dependent upon the actions of some others, who may be parents, teachers and other members of society.

Arguably, such otherness is what lies at the root of the thorny issue of whether education is delivering for children – a question that we can also recognise in current theorising about environmental issues. For example, the well-known ‘tragedy of the commons’ – originally defined by Hardin (1968) – encapsulates the problem of how to prevent abuse (and thus enabling freedom) over something that is fundamentally for the benefit and right of everybody.

So, the first response to this problem can be found in the proliferation of technocratic approaches to curriculum-making, visible via an emphasis on specified curricular content (in England and Sweden, for example), or curricular outcomes (such is the case in Scotland). A similar trend is found in environmental studies, with the production of large databases listing key species and resources, and their relative price, so that the conservation ‘curriculum’ can be delivered. In the era of measurement and judgement, such approaches are often justified by the rhetoric of addressing questions of children’s rights, by ensuring that what is important is being delivered and all potential abusers are kept in check.

‘Being educated and being able to act and live well in one’s environment requires new thinking about the nature of the educational relationship, and how such relationships are enacted in multiple contexts.’

However, as targets and indicators continue to hold centre stage in global educational policy, a lively debate continues to take place concerning the role of teachers. As early as 1975, Lawrence Stenhouse referred to curriculum as a ‘stick to beat the teachers with’, capturing teachers’ fundamental problem of ensuring that students attain well on tests (which set their right to progress in education) while at the same time preventing the exertion of both children’s and their own freedom and judgement. This impossible condition reminds us once again that any contract established in education is not simply an economic transaction of material goods passing from one person to the other, but it involves the necessity of establishing meaningful and equitable relationships with each other, as individuals who care for, and are cared for by, others.

Being educated and being able to act and live well in one’s environment will thus require new thinking about the nature of the educational relationship, and how such relationships are enacted in multiple contexts and, ultimately, in that Earth space that we share with others. A relational perspective on knowledge and education challenges traditional views of curriculum as the prescription of what children ought to know and be able to do, by instead valuing dialogue among a multiplicity of cultural perspectives and felt experiences, with teachers and students confronting the real problems of their existence and their relationships (Grundy, 1987). 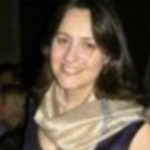 Senior Lecturer in Science and Sustainability Education at University of Edinburgh

Laura Colucci-Gray holds a teaching, research and leadership appointment in STEM and sustainability education at Moray House School of Education, University of Edinburgh. A former biology teacher, Laura holds a degree in natural sciences from the University of Turin and a PhD in science education, awarded by the Open University. Laura is passionate about real-life learning, radical democracy and participatory methodologies across the arts and sciences.

Think like a detective: The vital clue to inclusive teaching!