In 1938, John Dewey wrote Experience and Education to clarify misconceptions about the conceptualisation of ‘progressive education’. In it, he argued for the need for an approach to education based on a ‘theory of experience’. This emphasis on experience has been celebrated by some, and vilified by others. For example, when referring to Dewey’s views on experiential education and democratic living, Mortimer Adler — a contemporary of Dewey— argued that ‘democracy has much more to fear from the mentality of its teachers than from the nihilism of Hitler’ (Shapiro, 1995, p.79).

Current criticisms, like Christodoulou’s in Seven Myths About Education (2014), argue that Dewey opposed ‘facts and understanding’ (p.16), and insinuate that Dewey dismissed knowledge, teacher expertise and authority. Christodoulou continues by saying that Dewey ‘praised methods where the child’s own inclinations and interests were allowed to determine the education process’ (2014, p.28), suggesting that learning activities were determined by pupils’ unrestrained wants and desires. However, even a quick scan of Experience and Education will show that Dewey was supremely concerned with both the acquisition of knowledge and carefully organised experiences managed by expert teachers. Here is just one example.

‘No experience is educative that does not tend both to knowledge of more facts and entertaining of more ideas and to a better, a more orderly, arrangement of them. It is not true that organization is a principle foreign to experience.’ (Dewey, 1938, p. 82)

Subsequent misinterpretations of Dewey have led to the word ‘experience’ becoming an embattled term in today’s educational discourse (Alexander, 1987), but an honest engagement with Dewey’s theory of experience can provide educators with useful questions about how to create meaningful educational experiences.

‘For Dewey, a continuity of experience leads to growth, but not all experiences are equal. Differentiating educative experiences from miseducative ones requires teachers’ expertise in ensuring pupils experience the right kind of growth.’

Dewey’s theory of experience is part of his attempt to move beyond the dualism of objectivism and relativism. In Experience and Education, he sets out two criteria for experience: continuity and interaction. The principle of continuity rests on the assumption that ‘every experience enacted and undergone modifies the one who acts and undergoes, while this modification affects, whether we wish it or not, the quality of subsequent experiences’ (1938, p. 35). For Dewey, a continuity of experience leads to growth, but not all experiences are equal. Differentiating educative experiences from miseducative ones requires teachers’ expertise in ensuring pupils experience the right kind of growth (or growth in the right direction).

‘Every experience is a moving force. Its value can be judged only on the ground of what it moves toward and into. The greater maturity of experience which should belong to the adult as educator puts him [sic] in a position to evaluate each experience of the young in a way in which the one having the less mature experience cannot do. It is then the business of the educator to see in what direction an experience is heading. There is no point in his being more mature if, instead of using his greater insight to help organize the conditions of the experience of the immature, he throws away his insight. Failure to take the moving force of an experience into account so as to judge and direct it on the ground of what it is moving into means disloyalty to the principle of experience itself.’ (Dewey, 1938, p. 35)

In discussing ‘interaction’ – or ‘transaction’, as Dewey later called it – Biesta (2014) writes, ‘education is neither about getting the curriculum into the child nor about the child just doing anything, but about establishing a productive and meaningful connection between the two’ (p. 31). Similar to Freire (another regularly misunderstood theorist), Dewey’s concerns are largely epistemological, arguing that ‘traditional’ education fails to acknowledge relational aspects of knowledge construction – how pupils come to know the world both cognitively and socioculturally.  Dewey was concerned with knowledge and the relationship between the knower and knowledge. He wrote the problem with “traditional” education was “not that it emphasized the external conditions that enter into the control of the experiences but that it paid so little attention to the internal factors which also decide what kind of experience is had” (1938 p.42).

This view is not hostile to ‘facts’, ‘knowledge’ or teachers’ authority or expertise — far from it. It does, however, require educators and pupils to consider ‘knowing’ beyond the limits of dualism: not, Biesta warns, as an ‘über-truth’ or metanarrative, but ‘as an attempt to address a very specific problem’ (2014, p. 45). In this case, the question could be about how to differentiate between miseducative experiences and meaningful, educative experiences for pupils and teachers alike. 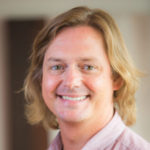 Kevin Smith is a Senior Lecturer in Education in the School of Social Sciences. His research interests include curriculum theory, critical pedagogy and cultural studies. He is also committed to developing capacity for educational research in Wales, and enjoys opportunities to work with schools, local educational organisations and HEI partners in pursuit of that goal. Kevin is also the Co-director of the Student Experience for the School of Social Sciences. This includes working closely with Personal Tutors, Student Academic Representatives, and colleagues concerned with inclusive education. Kevin was co-opted onto BERA Council in 2017 and sits on BERA’s Engagement Committee.

Using mentoring and coaching to focus on the curriculum in action