The UK government has become influential in the field of countering violent extremism (CVE), and Kundnani and Hayes (2018) document how its legislation and policy framework has been exported around the world. The actions undertaken by governments in this field have serious repercussions for the rule of law, so researchers have an important role to play in developing our understanding of the processes by which the language of CVE finds its way into new and varied settings, such as education.

‘Our analysis supports those who have been critical of the Prevent duty, and suggests that it seems to be generating a number of unintended and negative side-effects.’

When the Prevent duty was introduced in 2015 it was immediately followed by a sharp rise in the number of children being referred to the Channel process for an evaluation (either due to their own risk of being radicalised, or the risks they presented to others). In addition to this instant impact, many teachers and commentators expressed concern that it would lead to other unintended side-effects. In the intervening period the evidence base has grown steadily, so we have reviewed 27 articles and research reports (published between 2015 and March 2019) to consider the impact of the Prevent policy in schools. This evidence base ranges from fairly large surveys of teachers (Busher, Choudhury, Thomas, & Harris, 2017) to small case studies of initial teacher education courses (Farrell, 2016), and from data collected from staff and students (Vincent, 2018) to analyses of websites (McGhee & Zhang, 2017) and display boards (Moncrieffe & Moncrieffe, 2019). Our analysis supports those who have been critical of the Prevent duty, and suggests that it seems to be generating a number of unintended and negative side-effects.

While the Prevent duty does not explicitly focus on them, in practice Muslim young people and staff feel the impact of Prevent disproportionately. Our review of the evidence showed that many teachers (and a majority of black and minority ethnic teachers) said that the Prevent duty had made Muslim students more likely to feel stigmatised. Many Muslim teachers and students felt they were under more intense scrutiny, and also felt that others were more likely to question their support for common values, such as those listed as the fundamental British values (FBVs).

Teachers in some schools have responded to the FBVs by focusing on narrow cultural representations of Britishness. Politically ‘naïve’ definitions – such as the British tradition of taking tea, supporting the monarchy or queuing politely – have been recorded among teachers, student-teachers and in prominent display boards around schools. Some teachers are reinterpreting the FBVs within their own preferred frameworks, and the research documents examples of them being represented as simply ‘being nice’, or as multiculturalism, or part of a school’s Christian ethos. While some teachers have been more overtly critical, others have simply opted to avoid the issue.

For many of the critics of this policy, the controversial aspect of the Prevent duty is that it introduces a security-led role for schools, and thus potentially reshapes the relationship between teachers and their students, and their students’ families. The evidence suggests that the interpretation of the Prevent duty within the framework of safeguarding renders it more recognisable for schools, without necessarily raising these political and ethical concerns. However, some researchers have shown that adapting one’s school policies does not necessarily translate into altered practices and behaviour. Perhaps of more concern is the idea that safeguarding individuals from radicalisation implies that there is a process of radicalisation that can be known, but in fact this assumption is widely recognised as a false one. This means teachers are being urged to use indicators of risk that are so vague that they only become operational if one imports other assumptions about who becomes an extremist. Such room for interpretation has left Prevent ‘experts’ and consultants (often from policing rather than education backgrounds) in influential positions in terms of framing school responses.

Ultimately, given that students are already very likely to support the government’s list of FBVs, and exceedingly unlikely to support political violence for any reason, our review of the research indicates that the Prevent duty may well be having a series of unnecessary and unintended effects, which are threatening long-established policies that aim to tackle racism, promote equalities and support community cohesion.

For more information about the review and the research we have analysed, readers can access our article online in the British Educational Research Journal.

This blog is based on the article, ‘The impact of the Prevent duty on schools: A review of the evidence’ by Lee Jerome, Alex Elwick and Raza Kazim, published in the British Journal of Educational Technology (BERJ). It has been made free-to-view for a limited period, courtesy of our publisher, Wiley.

McGhee D. & Zhang S. (2017). Nurturing resilient future citizens through value consistency vs. the retreat from multiculturalism and securitisation in the promotion of British values in schools in the UK. Citizenship Studies, 21(8), 937–950. 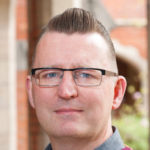 Dr Lee Jerome is associate professor of education at Middlesex University, where he is course leader for the MA childhood and education in diverse societies. He explores three main themes in his research and writing: citizenship education, children’s rights and teacher education. His recent research projects include classroom deliberation, the Prevent duty in schools, and character education. 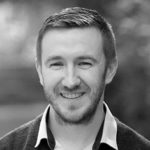 Alex Elwick is a lecturer at Middlesex University and the UCL Institute of Education. 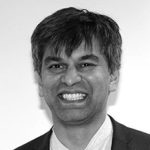 Raza Kazim is the course leader for the maths PGCE at Middlesex University.

Halting the rise of character education in Britain