Character education has risen up the political agenda in the UK in recent years, as it has in a number of other countries. The United States, Canada, Australia, Singapore, Japan and Taiwan have all seen educational initiatives that focus on young people’s attitudes, beliefs, behaviour, values and virtues – that is, students’ individual characters (Arthur, Kristjánsson, Harrison, Sanderse, & Wright, 2017). In a British context, strong support for character education has been expressed by Nicky Morgan and Damian Hinds during their periods as education secretary, and significant DfE money has been made available to support character education programmes. Schools are viewed by advocates of this form of education as having a crucial role to play in improving individual character, and this is regarded as a key way to improve social mobility, address a wide range of social problems and ultimately develop a better society (Morgan, 2017). The idea is that children, especially those from disadvantaged backgrounds, need to develop the necessary ‘grit’ and ‘resilience’ to enable them to succeed in life. However, is this a good idea?

In our recently published book, The rise of character education in Britain, we argue strongly that it is not (Jerome & Kisby, 2019). We contend that supporters of character education can be perceived as trying to seize control of how schools promote values. Also problematic is if the good person and the good citizen are treated as synonymous. The liberal political philosopher, the late John Rawls, in his book A theory of justice (1971), sought to shift the question posed by ancient Greek and Chinese philosophers from ‘How should I live?’ to ‘How can we live together in society given that there are different answers to the question, How should I live?’ It is not that the former question of how a person should live is not also very important, of course; but the point is that character education appears rather more concerned with the former than the latter question. As such, the focus of character education is on personal rather than public ethics, and with addressing moral or political issues at the level of the individual rather than at any other level. The focus on the individual is problematic for two main reasons. First, it is weak as a means of making sense of the world. Second, it places sole responsibility on individuals for their position in society. Therefore, character education programmes can be argued to attempt to, as Alfie Kohn (1997) puts it, ‘fix the kids’ rather than advocating structural changes to the broader social environment in which children find themselves.

‘The focus of character education is on personal rather than public ethics, and with addressing moral or political issues at the level of the individual rather than at any other level.’

In our book, we make the case that the virtue ethics philosophy underpinning much character education work in Britain can reasonably be criticised for its inherent vagueness as a guide to behaviour. Interestingly, however, in our research we found that the actual teaching resources produced by character educators are anything but vague and can be criticised for quite the opposite reason. Our research shows that these resources appear to be driven by ‘transmission-based’ forms of learning, in which the teacher possesses the ‘correct’ answers to various moral and political questions towards which they guide students, rather than seeking to promote genuine critical reflection and the development of students’ own answers to such questions. As a consequence, such lessons are likely to be individualistic, de-politicised, paternalistic and rather conservative.

Character education rose in importance on the political agenda in the context of austerity and cuts to public spending in the UK after 2010. At the same time, the citizenship curriculum in England was revised and slimmed down, with a shift away from a focus on understanding political concepts and on civic and political participation towards constitutional knowledge and financial literacy, to an even greater emphasis on volunteering. In our view, this has been the wrong approach. While character education seems to be premised on the idea that individuals must improve themselves in order to improve society, we argue that social progress can best be achieved by engaging young people in collective acts of citizenship.

Jerome, L., & Kisby, B. (2019). The rise of character education in Britain: Heroes, dragons and the myths of character. Cham: Palgrave Macmillan. 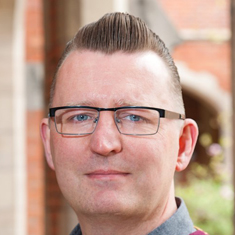 Dr Lee Jerome is associate professor of education at Middlesex University, where he is course leader for the MA childhood and education in diverse societies. He explores three main themes in his research and writing: citizenship education, children's rights and teacher education. His recent research projects include classroom deliberation, the Prevent duty in schools, and character education. Read more on his website. 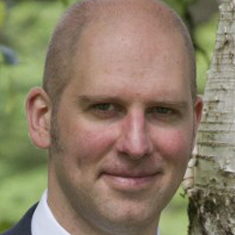