In a newly published study (Done & Knowler, 2021a) we investigated the strategic leadership role of special educational needs coordinators (SENCOs) in planning for Covid-19 with particular reference to exclusionary practices prior to, during and following pandemic-induced school closures in England. Funded by a 2020 BERA Small Grants Fund award, the research completes a series of small-scale studies relating to illegal exclusionary practices in schools in England from the perspectives of senior school leaders (Done & Knowler 2021b), parents (Done, Knowler, Pickett-Jones, & Warnes, 2021), and SENCOs.

The SENCO remit in England, as outlined in statutory guidance issued by the Department for Education in 2015, includes strategic planning to ensure adequate support for students with ‘special’ needs and disabilities. Children and young people classified as ‘vulnerable’ were permitted to attend school sites throughout repeated lockdowns although emergency legislation modified the requirements on schools for those with the most complex needs. Given this remit, and anecdotal accounts from SENCOs during the first lockdown in March 2020, the BERA-funded study aimed to determine whether the expectation that SENCOs would be involved in planning for emergency provision was realised. Suggestions that illegal exclusionary practices are endemic in the English school system (see Children’s Commissioner, 2012; EPI, 2019) combined with enforced home education during lockdown, had also prompted concerns that some schools might engage in such practices during the pandemic. A mixed methods research strategy executed between autumn 2020 and spring 2021 included an online quantitative national survey (n=31) and qualitative semi-structured interviews (n=8). The low response rate to the survey was attributed to lockdown pressures and, as in previous studies (Done & Knowler, 2021b), to the sensitivity of the topic.

Overall the BERA-funded study (Done & Knowler, 2021a) found no evidence of crisis planning in schools in England prior to the Covid-19 pandemic and, instead, interviewees referred to ‘winging it’ and ‘chaotic’ responses. Survey respondents who were also part of their school’s senior leadership team (SLT) reported more involvement in planning as the lockdown progressed than those who were non-SLT. All participants reported involvement in varied activities such as timetable changes, pastoral support, and communicating with parents and carers. However, these activities were largely practical and only 8 of 31 survey respondents reported any discussion around crisis planning in the period prior to lockdown.

‘Overall the study found no evidence of crisis planning in schools in England prior to the Covid-19 pandemic and, instead, interviewees referred to ‘winging it’ and ‘chaotic’ responses.’

Furthermore, although there appeared to be more involvement in strategic decision-making in relation to onsite learning during lockdown, when asked about strategic involvement for offsite learning, 19 of 31 of those surveyed reported no involvement. While this accords with the expectation that ‘vulnerable’ learners would be onsite, many such learners did not attend onsite provision, raising important questions about SENCOs’ involvement in supporting children with special educational needs who remained offsite – for instance, when shielding for medical reasons. Survey respondents were in strong agreement that exclusions had not occurred in their own setting and neither did they expect exclusions to increase in the period when the first lockdown of March 2020 ended. Of the interviewees, 4 (n=8) had no involvement in provision planning, with only one reporting direct invovement at the invitation of the school principal. The research highlighted marked social disparities as SENCOs were preoccupied with practical initiatives, such as distributing food parcels, laptops and learning materials. As in earlier studies, illegal exclusionary practices were not always understood as such and, where they were understood, interviewees preferred to describe events at schools other than their own.

One outcome of the BERA-funded study in England is that an international collaboration is now under way with David Armstrong of RMIT University in Australia (Armstrong, 2018). Illegal exclusionary practices are described as ‘off rolling’ in England and ‘grey exclusions’ in Australia, and future research will be premised on awareness that such practices are a hidden, but possibly endemic, feature of education systems globally. This newly formed research team is seeking to move beyond research that reiterates the negative implications of exclusionary practices for students or that seeks to quantify the scale of this well-known, yet well-hidden, problem.

This blog is based on the report, Exclusion & the Strategic Leadership Role of Special Educational Needs Co-ordinators in England, published by BERA as part of the research report series, Education & Covid-19: BERA Small Grants Fund research.

The related article, ‘“Off-rolling” and the art of visibility/invisibility: Exploring senior leaders’ views of “strategic” school exclusion in England’ by Elizabeth J. Done and Helen Knowler, is published in the British Educational Research Journal on an open-access basis 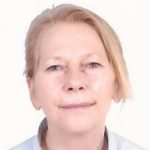 Institute of Education, University of Plymouth

Dr Elizabeth J. Done is a lecturer in inclusion at the Institute of Education at the University of Plymouth and visiting research fellow at Exeter University’s Graduate School of Education. She specialises in inclusion, critical perspectives and teacher CPD (continual professional development). Liz supervises PhD students and leads postgraduate modules related to inclusive education. She has a keen interest in senior leaders’ and educational professionals’ negotiation of conflicting governmental imperatives. 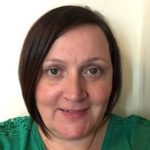 Helen Knowler is a lecturer in education at the University of Exeter. She teaches and researches in the field of social, emotional and mental health (SEMH) and her current focus relates to permanent exclusion of pupils from school and specifically ‘hidden’ or illegal exclusion. Helen specialises in developing research that is collaborative and participatory and has an interest in the development and use of visual research methods in education research.