I am writing this post from both a parental and scientific perspective. Firstly, from a parental stance, SARS-CoV-2 and subsequent coronavirus 19 has undoubtedly driven us into situations that could never have been pre-empted. For any parent who has a dyslexic child, even in a typical school-based teaching environment the concept of neurodiversity is still relatively new and finding its way into the classroom (BDA, 2020; Armstrong, 2012).

Now, parents have been lurched into teaching at home, and with this has come the rise of ‘virtual teaching’. Educators are doing their very best to maintain engagement with their pupils by using available virtual technologies. However, given the fast pace of change, have we considered the efficacy of such methods for children with special educational needs (SEN) such as dyslexia? The answer, by and large, is no, not yet.

Dyslexia affects an estimated 5-to-10 per cent of the population globally (Knight, 2018), so it is important to have a broad understanding of what it is and how it affects students. The British Dyslexia Association has adopted the Rose (2009) definition of dyslexia (these tend to be variable), which definiens dyslexia as:

‘a learning difficulty that primarily affects the skills involved in accurate and fluent word reading and spelling. Characteristic features of dyslexia are difficulties in phonological awareness, verbal memory and verbal processing speed. Dyslexia occurs across the range of intellectual abilities. It is best thought of as a continuum, not a distinct category, and there are no clear cut-off points…’
Rose (2009)

Dyslexia is typically underdiagnosed in school children, and recent research has referred to these ‘the lost children’ (Barbiero, 2019).

As a scientist, when home-schooling my daughter I observed that virtual calls and the content shared through these tended to be:

When these were delivered I began to see my daughter’s confidence and self-esteem being eroded, and her anxiety returning. So, she began to disengage.

‘“Virtual teaching” is presently being delivered to children with dyslexia/SENs without any underpinning science or research.’

This led me to search the ‘evidence-base’ behind virtual teaching for children with SEN, including dyslexia, and by and large found that it was absent. There is some evidence available in relation to the customisation of websites for those with dyslexia to improve their usability (Kous & Polančič, 2019). Recommended adjustments include modifications to font size, font type, reducing the amount of information on screen, using more graphic elements and modifying contrast between the background and text. I also liaised with various related organisations, and this observation was further confirmed: ‘virtual teaching’ is presently being delivered to children with dyslexia/SENs without any underpinning science or research.

A further survey of 2,600 teachers from England and Wales mainly related dyslexia to behavioural descriptions (79.5 per cent), followed by cognitive (39.3 per cent) and biological descriptors (9 per cent), with 71.8 per cent mentioning that dyslexia was not adequately covered in initial teacher training courses (Knight, 2018). So clearly there is an ongoing need to raise dyslexia awareness per se, with this becoming even more relevant given that modes of teaching delivery are rapidly evolving.

So, my questions for discussion and pools for thought are the following.

It is hoped that this blog has been both thought provoking and insightful. Thank you for reading.

Rose, R. (2009, June). Identifying and teaching children and young people with dyslexia and literacy difficulties: An independent report from Sir Jim Rose to the Secretary of State for Children, Schools and Families. London: Department for Children, Schools and Families. Retrieved from http://www.thedyslexia-spldtrust.org.uk/media/downloads/inline/the-rose-report.1294933674.pdf 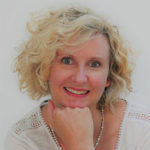 Dr Emma Derbyshire is a scientific health writer and previous academic who taught and supervised nutrition and biomedical science students. She is the founder of Nutritional Insight, a scientific writing consultancy and has published more than 150 peer-reviewed papers, including papers related to nutrition and neurodiversity. Emma is also keen to unravel the science around dyslexia. She is undertaking a level 5 diploma in Teaching Learners with Dyslexia/Specific Learning Difficulties and SpLD with the Helen Arkell Dyslexia Charity, and has founded @emmadyslexiaunlocked on Instagram which shares experiences and home practices, from lockdown and beyond.