For the whole of the 1970s I taught in secondary schools. (I am that old!) At that time there was no national curriculum (NC), so teachers usually decided what to teach as well as how to teach. These decisions were often guided by the content of textbooks, or examination syllabuses, although a number of innovative curriculum development projects were set up around this time, many by the then Schools Council in response to the decision to raise the school leaving age to 16 in 1973. Examples included: the Schools Council History Project; Geography for the Young School Leaver; the Humanities Curriculum Project (HCP); the Moral Education Project 8–13; the General Studies Project for sixth forms; and Nuffield Science. The influence of these projects on curriculum and pedagogy can be detected to this day. However, there was a sense that this cafeteria-type system could not continue. Politicians of all stripes were increasingly uncomfortable with what they regarded as curriculum capture by the teaching profession and universities – what became known as the ‘educational establishment’. In a democracy it seemed right that all stakeholders, including employers, parents, the general public and their elected representatives, should have a say.

‘Politicians of all stripes were increasingly uncomfortable with what they regarded as curriculum capture by the teaching profession and universities – what became known as the “educational establishment”.’

As early as 1962, David Eccles, then the Conservative secretary of state (SoS) for education, pledged to open up the ‘secret garden of the curriculum’. It was he who established the Curriculum Study Group – the forerunner of the Schools Council. This move was given a significant boost by the Labour prime minister, James Callaghan, who in 1976 initiated a ‘great debate’ on curriculum. But it was Conservative prime minister Margaret Thatcher and her SoS, Kenneth Baker, who really changed things through the Education Reform Act of 1988.

Thatcher’s vision was somewhat different from those who had gone before. She wanted to promote a free market in education, believing that this would raise standards in a post-industrial economy. She saw a common curriculum, and its associated testing arrangements, as the way to judge schools. The money for schools would then follow the results through local financial management. She wanted something simple, based on a core of English, mathematics and science, but Kenneth Baker had a broader vision, more akin to his own grammar school education. Baker’s tenacity prevailed, and the first NC was made up of three core and seven foundation subjects for both primary and secondary schools. By 1993, however, it was evident that the curriculum was virtually unmanageable, so the first of a number of reviews and revisions was initiated.

Ron Dearing’s review in 1994 was followed by the publication of an updated curriculum, with reduced content, in 1995. When Labour took power in 1997, the new SoS, David Blunkett, announced another overhaul and published a new NC in 1999, allowing more time for the core, and reducing content in foundation subjects. Then in 2007 more changes were announced, based partly on a review by Jim Rose of the primary curriculum. These were designed to allow schools more flexibility by being less prescriptive about knowledge content and promoting understanding and skills in ‘areas of learning’. When the government changed to a Conservative/Liberal Democrat coalition in 2010, the new SoS, Michael Gove, initiated yet another review that eventually led to the NC that we have today.*

Gove’s priority was to push the neoliberal agenda forward with the establishment of free schools and academies, so he was not as directly involved as his schools minister, Nick Gibb, was. No one can doubt Gibb’s commitment to education because, with only one short break, he has been either Conservative education spokesperson or minister since 2005. His abiding concern has been with what he has perceived as lack of attention to ‘knowledge’ in the curriculum and the dominance of progressivist pedagogy.

The NC review initiated by Gove was conducted by an expert panel (EP) led by Tim Oates of Cambridge Assessment (CA). Tim was asked to lead the EP because ministers had seen CA’s 2009 statement expressing regret about the lack of specificity about essential knowledge in the 2007 NC (reported in Mansell 2009). Tim told me that the CA paper was stimulated by the fact that his chief examiner for science asked whether it was OK to set a GCSE question on photosynthesis – a fundamental concept that was not mentioned in the NC. Ministers clearly felt that they had found a like-minded expert. Having agreed to lead the EP, Tim then asked me, Dylan Wiliam and Andrew Pollard to join him. For the ‘greater good’ we agreed, after each being interviewed by Nick Gibb, who used the opportunity to emphasise how impressed he was with E D Hirsch’s ‘Core Knowledge’ curriculum. **

The EP’s remit was to draw on robust evidence to inform drafting of new programmes of study and build a detailed framework for the NC, taking account of the requirements of successful educational jurisdictions across the world, and the views of stakeholders.

*Documents related to these reviews can be found on Derek Gillard’s very useful website ‘Education in England: the history of our schools’, at www.educationengland.org.uk/index

**For more about the work of E D Hirsch, see his foundation’s website: www.coreknowledge.org 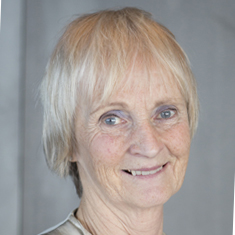 Professor Mary James FAcSS retired in 2014 from the Faculty of Education at the University of Cambridge; in that same year she completed her four years as vice president and latterly president of BERA. In 2011 she was a member of the expert panel appointed by Michael Gove to assist the review of the National Curriculum in England. From 1989 to 2014 she was a trustee of the British Curriculum Foundation (latterly the British Curriculum Forum, which is now incorporated into BERA), and was the first editor of the Curriculum Journal. She was a member of the UK Assessment Reform Group from 1992 until it ‘retired’ in 2010.

Her research has been in the field of curriculum, pedagogy and assessment, notably as deputy director of the ESRC’s Teaching and Learning Research Programme (TLRP), and director of the TLRP project, ‘Learning How to Learn – in classrooms, schools and networks’. She taught for 10 years in secondary schools at the beginning of her career.

Assessment in Schools: What is to be done?