Across the globe, quantitative measures in higher education (HE) are drawn upon to identify, monitor and address structural inequalities.

Countries differ in their conceptions of in/equality. The UK HE sectors are guided by state regulatory frameworks, with specific ‘characteristics’ legally protected in the devolved nations. Six of these (sex, ethnicity, age, disability, religious belief and nationality) informed our exploration of statistical data about academic staff, to consider how social determinates affect employment in the discipline of education (Belluigi et al., 2023). We highlight four findings of the differential and intersectional impacts.

1. The academic staff composition of education in UK HE was homogenous.

Over the period of 2015–2020, a growth rate in the employment of staff recorded as BAME was observed. Despite this, such staff were only eight per cent of the staff composition in education by 2020; less than half the proportion recorded in the UK HE sector (at 16.5 per cent). Figure 1 visualises differences between the devolved nations of the UK. 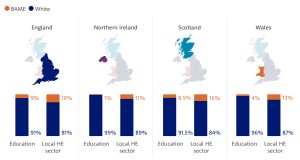 3. There were continued inequalities between the sexes when it came to parity in attainment and progression, despite there being more female staff (69 per cent) in the discipline of education.

Of the male staff, higher proportions were employed in ‘teaching and research’; in senior academic positions; at professorial level; and in senior management, than the proportions observed in female staff.

4. The exclusion of academics from low- and middle-income countries (LMIC, or the Global South).

The over-representation of those from high-income countries (97 per cent in education; 90 per cent in all UK HE) raises concerns about UK HE’s role in contributing to sustainable development and addressing global inequalities. In education, staff from LMICs (or the Global South) were positioned at lower academic levels, with a lack of progression observed in the five-year period. Differences such as those observed in figure 2 confirm that careful attention should be paid by researchers of UK HE to similarities and differences between the devolved nations when it comes to the study of inequality (Shattock & Horvath, 2020). 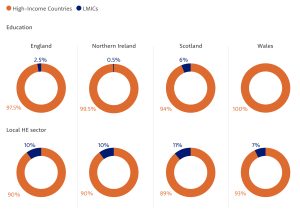 Figure 2: Devolved nations with income country proportions in education compared to all disciplines in each devolved nation of the UK (Belluigi et al., 2023, p. 45)

In the report, we offer measured discussion by referring to insights from current scholarship on UK HE that might be of interest to international readership.

[1] This terminology is used in UK legislation to represent ethnic groupings of those not racialised as ‘white’. Methodological notes in the report (pp. 18–22) include our decision-making regarding such wording, and limitations imposed by HESA data capture and curation. 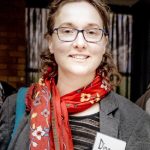 Dina researches and teaches critical Higher Education Studies. A primary interest in her work are the conditions for the development of critical consciousness in those who represent and commemorate knowledge and knowing, particularly academics and artists, in contemporary ‘post’-colonial times. She has been fortunate to collaborate on and supervise both academic practice and scholarship in contexts across the majority world; and to act in advisory, review and editorial roles for journals, book publishers, networks, funders, civil society organisations and policymakers. Within the UK, she has served on the External Advisory Group for EDI for UKRI; the Governing Council of the Society of Research in Higher Education (SRHE), for the Centre for Global Education and the Migrant and Minority Ethnic Think Tank of Northern Ireland. Dina is a Reader at the School of Social Science, Education and Social Work (SSESW) at Queen’s University Belfast, and is affiliated to Nelson Mandela... 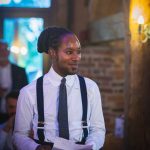 Professor of Sociology of Education at Glasgow University

Jason Arday, PhD is Professor of Sociology of Education at the University of Glasgow, School of Education, College of Social Sciences. Previously, Professor Arday was Associate Professor in Sociology at Durham University in the Department of Sociology and the Deputy Executive Dean for People and Culture in the Faculty of Social Science and Health. He is a Visiting Professor at The Ohio State University in the Office of Diversity and Inclusion and an Honorary Professor at Durham University in the Department of Sociology. Jason holds other Visiting Professorships at Coventry University, London Metropolitan University and Nelson Mandela University. He is a Trustee of the Runnymede Trust, the UK’s leading Race Equality Thinktank, and the British Sociological Association (BSA). Jason sits on the Centre for Labour and Social Studies (CLASS) National Advisory Panel and the NHS Race and Health Observatory Academic Reference Group. Jason is a Fellow of the Royal Society of Arts (RSA). 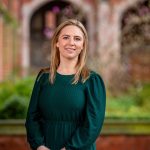 Dr Joanne O’Keeffe is a Researcher in the School of Social Sciences Education and Social Work at Queen’s University Belfast. Joanne’s work is driven by her interest in addressing discrepancies and gaps in education in relation to mental health, academic attainment, and take-up of higher education opportunities. Specifically, students from disadvantaged backgrounds, lower income households and other under-represented groups who may face barriers in education. She has worked for Queen’s University Belfast for over 16 years and has experience of working across many different projects including international research projects. Joanne is also interested in the research and evaluation of widening participation activities in Northern Ireland. She is a member of the School of Social Sciences, Education and Social Work Ethics Committee. Internationally, she sits as the Program Chair for the American Education and Research Association Cooperative Learning Special Interest Group and...