The tragic events in Minnesota with the death of George Floyd have given rise to mass waves of protest around the world, setting at the forefront of public debate the workings of racism, discrimination and exclusion both in its institutional and everyday forms. A strand of critique, under the wider umbrella of ‘Black Lives Matter’ has focussed particularly on education, questioning the limits of existing curricula and dominant pedagogies by highlighting Eurocentricism and the absence of Black histories and calling for the decolonisation of knowledge and pedagogic practice. In England, the Department for Education (DfE) has responded to the growing critique by pointing out the areas in which the history curriculum guidelines allow space for diversifying the knowledge taught.

The DfE statement highlights the flexibility of the post-2014 curriculum, which leaves it up to schools to specify the particulars of the knowledge taught. This evidently involves a renunciation and transfer of responsibility towards teachers and schools for decolonising the curriculum, without providing them with any financial resources or other support to do so. This adds to existing strains arising from the 2014 curriculum reform, which requires schools to specify and develop their own curriculum content, and which has led to heavy workloads and additional impediments for schools with limited capacity for curriculum development.

The official position towards calls for decolonising education stands in striking contrast to the promotion of ‘British values’ that we have witnessed in the recent past. In the latter case, it was not up schools to decide if and how they will teach the five fundamental British values; the government showed no reservations about intervening and, what’s more, clearly dictating the teaching of British values. Thus, the British values were formally introduced in the school curriculum, and also became part of the teacher training standard requirements. These diametrically opposite responses demonstrate clear priorities concerning where and how ‘muscular’ intervention is needed, and indicate the dominant approach to ‘diversity management’. By doing so, they feed into emerging forms of neo-nationalism.

To elucidate this claim, we draw on the findings of the Cultural Heritage and Identities of Europe’s Future (CHIEF)* research. As part of our enquiry into young people’s learning about culture, heritage and belonging in secondary schools in England, we examined the curriculum guidelines and related documents for maintained schools issued by the DfE. We particularly focused on key stages 3 and 4, and carried-out a thematic and content-based analysis of social sciences and humanities subjects.

Our analysis showed that cultural traditionalism, along with a fervent pursuit to developing a strong sense of British heritage, were both heavily pronounced in the post-2014 curriculum guidelines (Tonkiss, Wootton, & Stamou, 2020). Indicative examples include:

One would expect that such foci would sit uneasily with a culture of self-reliance and individual responsibilisation, typical of contemporary, Western, neo-liberal regimes (Peters, 2001). Yet our findings suggest that this paradoxical combination runs through, and prominently features across, the curriculum. With examples including a focus on financial management skills as part of citizenship education and the predominance of volunteering as a pivotal form of civic participation, an insistence on individual responsibility was underscored.

Taken together, the paradoxical amalgamation of traditionalism and free market logics constitutes the discursive ground for a reconfigured form of nationalism: one that is preoccupied with recalibrating nationhood, alongside fostering a neoliberal psyche (Scharff, 2016) of self-reliance and individual responsibility.

Teachers and schools are, once again, asked to rise up to the task and fill in the gaps left by a, rather selectively, ‘reluctant state’ (Ball, 2012). Yet decolonising the curriculum involves challenging fundamentals and therefore requires orchestrated and decisive interventions, at systems level, to rework the selection and framing of pedagogic knowledge.

*The international project Cultural Heritage and Identities of Europe’s Future is led by Aston University (UK) and funded from the EU Horizon 2020 Research and Innovation programme under grant agreement no. 770464.

Peters, M. (2001). Education, enterprise culture and the entrepreneurial self: A Foucauldian analysis. Journal of Educational Enquiry, 2(2), 58–71. 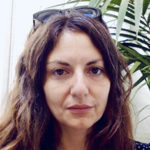 Eleni Stamou is a research fellow on the international project Cultural Heritage and Identities of Europe’s Future (CHIEF), based at Aston University, Birmingham. The project explores how young people develop a sense of cultural identity, heritage and belonging within formal, non-formal and informal educational settings across Europe and beyond. Prior to that, Eleni held research posts in the Department of Education at the University of Oxford, and at the UCL Institute of Education. She has also worked as policy advisor in the public and in the charity sector. Her research interests fall within the fields of sociology, education and youth studies, with a particular focus on youth identities and educational pathways; social class and educational inequalities; inclusion and the prevention of social exclusion; the study of education policy in practice. She holds and MA and a PhD in the sociology of education from the UCL Institute of Education. 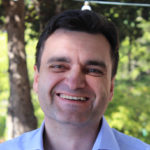 Anton Popov is a senior lecturer in sociology at the School of Languages and Social Sciences, Aston University. Currently he is co-ordinating the EU-funded project Cultural Heritage and Identities of Europe’s Future (CHIEF). The project investigates young people’s cultural participation and identities within formal, non-formal and informal educational settings across Europe and beyond. He graduated from the History Department of the Kuban State University in Krasnodar, Russia. He then studied social anthropology at the Institute for Ethnology and Anthropology in Moscow, and cultural studies and Russian and East European studies at the University of Birmingham. He received his PhD from the university of Birmingham. His research interests lie in social anthropology; identity and transnationalism; ethnicity; youth culture; history, heritage and memory. His past research was on social activism and production of cultural memories among young Europeans. 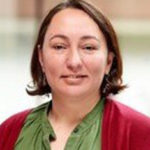 Ebru Soytemel is a lecturer in sociology at the School of Languages and Social Sciences at Aston University. She obtained her PhD in sociology from the University of Manchester. Following her doctoral study, she worked as a James Martin Research Fellow at the Oxford Programme for the Future of Cities, Institute for Science, Innovation and Society (InSIS), University of Oxford. She joined Aston University in 2015. Her research interests include: social and economic inequality, the relationship between social class and social-symbolic borders, gentrification and social-spatial exclusion, cultural sociology, cultural participation, sociology of youth and education, gender inequality and migration. She works with quantitative, qualitative and mixed methods with a particular interest in ethnographic research and multiple correspondence analysis. Currently Ebru co-coordinates the ethnographic research for the CHIEF H2020 project, researching young people’s cultural participation and...