This is the first report from a major BERA project that aims to comprehensively map the state of education as an academic discipline in universities, as a field of practice, and as a significant and central element of social and political policy in the four nations of the UK.

This systematic scoping review surveys and assesses the literature published between 1990 and 2020, and offers an account of how education as a discipline has been influenced by structures and processes both formal (institutional, political, and funding developments, for example) and informal (including individual and collective attributes and cultures) over the past three decades. It also examines how narratives and debates about educational research have changed over time; considers how well each distinct nation of the UK has been covered and compared; and offers recommendations for new directions for future research.

Download
Education: The State of the Discipline: A systematic scoping review of the literature on the structures & processes that influence research activities in the UK
PDF 1 MB

The aim of this systematic scoping review is to understand the structures and processes that influence education research activities in the UK. It provides insights into the academic debates on education research in universities, and addresses the effects of neoliberal reform, marketisation and competition on higher education (HE) and the identities and experiences of academics.

We conducted a systematic scoping review that spanned three decades (1990–2020) and sought to understand the formal and informal structures and processes that influenced education research as a discipline in HE in the UK. This study – the first review of the literature on this topic at this scale – complements previous mapping activities commissioned by the British Educational Research Association (BERA) (see Oancea, 2010; Whitty et al, 2012; Oancea & Mills, 2015). A separate, peer-reviewed article based on this research has also been published in Review of Education (Stentiford et al., 2021).

The research team searched six relevant databases and screened 4,186 published works. The report was ultimately informed by 114 standard peer-reviewed journal articles, 21 BERA presidential addresses (peer-reviewed by the editors of the British Educational Research Journal, in which these addresses were published) and one doctoral thesis.

Of the 114 articles, 62 per cent (n=71) were narrative papers and 38 per cent (n=43) were empirical. The empirical papers were mainly small-scale qualitative studies, such as interview-based studies with fewer than 40 participants. All studies focused on one or more of the nations of the UK, and/or on the UK as a whole: most focused on England, with a dearth of studies focusing on Northern Ireland (n=2), Scotland (n=13) and Wales (n=4). Only six papers included some sort of explicit comparative element (for example, comparing England and Scotland).

In our analysis of the selected papers we considered the structures and processes – both formal and informal – that influence education research activities in UK universities.

Six main themes emerged from the papers with regards to formal structures and processes.

Table A: The six identified themes that pertain to formal structures and processes, with brief definitions

*Note: these are themes rather than mutually exclusive categories, so some overlap between them is to be expected.

HE cultures of performativity & accountability

Many texts discussed aspects of what was seen as an advancing agenda of performativity and accountability in HE and the discipline of education, reflected in a growth in audit cultures. This agenda includes:

In a number of texts, the RAE and REF were understood as strongly driving behaviour in education departments. Some papers suggested that departments were learning how to ‘play the game’ and ‘reverse engineer’ in order to achieve the best individual or departmental results. It was noted that more prestigious universities were more likely to be able to mobilise the capitals necessary to engage in this game-playing. However, a small number of texts mentioned positive aspects of these developments, such as greater recognition for applied research that can lead to impact.

In many cases, funders were perceived as powerful and as determining the content of research – projects put out to tender, for example. Funders and UK governments were also seen as increasingly championing evidence-based practice. It was perceived that these were factors in the gradual marginalisation of certain perspectives and methodologies, such as narrative research, arts-based research and ethnographies. One of the main concerns for education academics appeared to be the unwritten requirement to generate research income based on broader research agendas, at the expense of personal interests and ethics.

Debates about the quality & purpose of education research

Another structural tension related to a series of arguments and counterarguments within the academic community concerning the perceived quality of education research. These ‘heated debates’ emerged strongly in the mid-to-late 1990s and centred on the relationship between research, policy and practice. These debates might be understood as reflecting different perceptions of the purposes of education research.

The ‘what works’ agenda

A number of texts in the review critically examined issues of evidence-based practice and the ‘what works’ agenda – particularly the perceived high value placed on randomised controlled trials (RCTs) and the growing emphasis on systematic reviews. This trend was described as reflecting shifting government agendas, and can in turn be related to an understanding of the state as determining, producing and consuming research.

Another formal structure emerging from the texts that was seen to be shaping the work of education researchers was the professional bodies, such as BERA and the Scottish Educational Research Association (SERA). There was also critical discussion of the wider professional and ethical frameworks and values that education researchers need to uphold in order to maintain trust and integrity in the profession (for example, the BERA ethical guidelines, 2018).

We identified six main themes with regards to informal structures and processes.

Table B: The six identified themes that pertain to informal structures and processes, with definitions

*Note: these are themes rather than mutually exclusive categories, so some overlap between them is to be expected.

A large number of texts discussed the academic pressures and time demands that education academics reported as having an increasingly negative impact on their work lives and wellbeing. These pressures included the need to balance teaching alongside research and the stress of heavy workloads. Pressures also related to the need to produce a high quantity of high-quality publications.

Particular concerns were raised in a number of texts around the heavy teaching loads given to early-career researchers (including second-career professionals such as former teachers; see below), who might therefore have less time to develop strong research profiles. Lack of job security often made these pressures particularly acute for those on temporary contracts.

Texts also focused on second-career professionals who joined universities with minimal research experience or doctoral-level qualifications – a phenomenon seen as relatively common within the discipline of education. It was noted that second-career professionals are often employed in universities that are teaching-led, and/or in which high teaching loads impact on staff’s time for research and limit their opportunities to gain research training. Issues were also identified in relation to the integration of staff – who might come to the profession via very different entry routes – into a cohesive academic community.

Overall, academics’ wellbeing and job satisfaction were seen to depend on departmental cultures. Good leadership was identified as important in a number of texts, especially where leaders acted as role models and provided a rich environment for research – that is, one that includes good infrastructure, mentorship, and the assignation of research time in academics’ workload.

A small number of texts discussed the difficulties that education academics can encounter in dealing with personal criticisms from other academics, including when sending out papers and research proposals for peer review, or when research is published and enters the public domain. In these texts, academics were discussed as having an emotional and personal investment in their approaches and ideas, with criticisms therefore keenly felt.

The research described in this report is reported in a different form in the following article:

Oancea, A., with Furlong, J., & Bridges, D. (2010). The BERA/UCET review of the impacts of RAE 2008 on education research in UK higher education institutions. Universites’ Council for the Education of Teachers & British Educational Research Association. https://www.bera.ac.uk/publication/bera-ucet-rae-2008-review 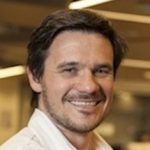 Christopher Boyle, PhD is a Professor of Inclusive Education and Psychology at the University of Adelaide. He is a fellow of the British Psychological Society and has published extensively on subjects including inclusive education, wellbeing,... 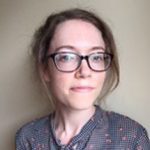 Lecturer in Education at University of Exeter

Dr Lauren Stentiford is a lecturer in education in the Graduate School of Education at the University of Exeter, UK. She has a research interest in higher education and matters of inequality, with a particular specialism in gender and disability.... 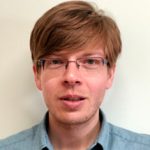 Senior Lecturer in Education at University of Exeter

Dr George Koutsouris is a senior lecturer in education in the Graduate School of Education at the University of Exeter, UK. He has a research interest in social inclusion, participation and in matters of inclusive pedagogy and provision. He has... 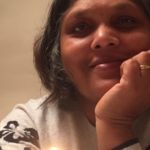 Professor Divya Jindal-Snape is Personal Chair of Education, Inclusion and Life Transitions in the School of Education and Social Work, at the University of Dundee. She gained her undergraduate and masters qualifications in India. She taught in... 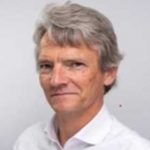 Researcher at University of Exeter

Simon Benham-Clarke entered academic research in 2018 from a background in the business, education, community and charity sectors. His research interests lie in children and young people’s education, mental health, social mobility and... 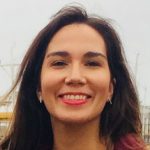 PhD student at University of Exeter

Javiera Salazar Rivera is a doctoral student in education in the Graduate School of Education at the University of Exeter, UK. She has a research interest in inclusive education, Universal Design for Learning, and the contribution of occupational...