A commitment to languages is front and centre of the Welsh government’s education policies. This is evident in the pledge to achieve 1 million Welsh speakers by 2050 (Welsh Government, 2017) and the Global Futures strategy and plan (Welsh Government, 2016) to build a ‘bilingual plus one nation’. Nonetheless, there remains an alarming decline of uptake of GCSE modern foreign languages (MFL).

What can be done to inspire an uplift for modern foreign languages across Wales in the future?

As a non-compulsory subject beyond KS3, the landscape for language learning in Wales (beyond English and Welsh) has been challenging for the last two decades, with entries for GCSEs in MFL falling by 60 per cent between 2002–2019 (Tinsley, 2019). However, in our article, ‘Multilingual perspectives: Preparing for language learning in the new curriculum for Wales’ (part of a new special issue of the Curriculum Journal), we discuss how the New Curriculum for Wales 2022 could offer hope for arresting and reversing the decline (Gorrara, Jenkins, Jepson, & Machin, 2020).

It focusses on the value of promoting a younger learner’s experience of all languages: Welsh, English and what are now termed ‘international languages’ (encompassing all non-indigenous languages in Wales). In this context, languages are positioned as ‘key to understanding the world around us’ (Welsh Government, 2020).

This commitment to the social and cultural benefits of multiple language learning creates opportunities for schools to diverge from a traditional emphasis on transactional language learning towards a multilingual approach. In our article, we argue that such multilingual practices and methodologies can reinvigorate a younger learner’s connection to languages by making them more dynamic and relevant to our globalised and connected world.

‘This commitment to the social and cultural benefits of multiple language learning creates opportunities for schools to diverge from a traditional emphasis on transactional language learning towards a multilingual approach.’

Since 2002, English and Welsh schools have cited many reasons for the year-on-year decline in the uptake of modern foreign languages. As we demonstrate in our article, these reasons relate primarily to school timetabling, option blocks, perceptions of languages as difficult, and cultural attitudes to language learning as a utilitarian subject.

Gorrara (2018) also explores the effect of Brexit as a contributory factor in widespread negative attitudes towards ‘other’ languages; an argument which is reinforced by Tinsley in her latest Language Trends Wales report. Tinsley reports that ‘the implications of Brexit are seen as a challenge in 41% of schools’ (Tinsley, 2019). Understood like this, it is perhaps not surprising that modern foreign languages uptake continues to decline and that student motivation to study the subject is low in many schools.

In our article, we argue that the New Curriculum for Wales 2022 offers hope for language learning by creating space for connectivity between Welsh and international languages which would enable mutually relevant learning (Gorrara et al., 2020).

We argue that the very change in terminology in the new curriculum to ‘international languages’ signals a positive departure from the discrete silos of the current model of English, Welsh and MFL, taught as separate and distinct subjects, to encompass a multilingual approach. The article suggests that if the new curriculum manages to implement multilingual strategies, this will better reflect the multicultural and multilingual reality of school environments in Wales.

In our article, we acknowledge that one of the major challenges facing international languages in the new curriculum is to find ways to work in close partnership with communities of practice who drive the learning of Welsh, ‘one of the treasures of Wales’ (Welsh Government, 2017). We argue that there is scope for the new curriculum to bring together language groupings and to recognise that bilingualism is a foundation for multilingualism; it is not a zero-sum game. If, as the new curriculum states, one of the four purposes of the curriculum is to develop ‘ethical, informed citizens who are ready to be citizens of Wales and the world’, then Welsh young people are done a disservice by overlooking the inherent multilingualism of their (school) communities.

While there lacks consensus as to what this looks like in practice, Gorrara and colleagues (2020) are confident that such models do exist, such as the MFL Student Mentoring Project now active in 95 secondary schools in Wales. This university-school partnership project offers a practical example of how languages can be taught holistically across the curriculum and in ways that inspire younger learners. If the multilingual ethos of such a model can be shared more broadly, then the way is paved for young learners in Wales to look to new language horizons.

Gorrara, C. (2018). Speaking from Wales: Building a modern languages community in an era of Brexit. In M. Kelly (Ed.), Languages after Brexit: How the UK speaks to the world (pp. 149–158). Cham: Palgrave Macmillan.

Welsh Government. (2016). Global futures. A year into our plan. https://gov.wales/sites/default/files/publications/2018-02/global-futures-a-year-into-our-plan-annual-report-december-2016.pdf 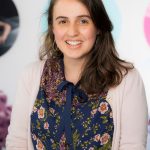 Lucy Jenkins is the Project Director of the MFL Mentoring Project funded by the Welsh Government. Lucy has led on the development of the project since 2017, expanding the scope and size of the project team and programmes substantially. Lucy has contributed also to the body of research associated with the project investigating language learning, multilingualism, digital practices and mentoring. MFL Mentoring was shortlisted for the prize of Widening Participation or Outreach Initiative of the Year by the Times Higher Education Awards 2021. Lucy also led on the design and development of a sister project called Language Horizons, a Department for Education funded digital mentoring project for languages. Most recently, Lucy has been employed as an Education Consultant and Researcher to develop a schools programme to support the British Academy and London School of Economics SHAPE initiative, which aims to increase the visibility of Social Sciences, the Humanities and Arts subjects...

Re‐educating the nation? The development of a new curriculum for Wales series

The art of connecting: How primary and secondary teachers are building a framework for expressive arts