Curriculum reform in Wales is heralding a raft of changes for schools, one of which is the rise in significance of the expressive arts. The new Welsh curriculum for learners aged 3-to-16, which will start its roll-out in September 2022, is introducing a framework of six new areas of learning and experience (AoLEs): expressive arts; health and wellbeing; humanities; languages, literacy and communication; mathematics and numeracy; and science and communication. Each AoLE includes ‘what matters’ statements (the big ideas or key principles behind each of them) and guidance on learner progression and assessment. Schools are being encouraged to design their own curricula within this framework. The newly created expressive arts AoLE draws together art, dance, drama, film and digital media, and music, and learners will have an entitlement to access each area of the expressive arts AoLE.

‘Teachers  were brought together as “pioneers” to create the framework for each new area of learning experience. We have been looking at how the expressive arts pioneer lead teachers have been shaping this emerging area of the curriculum.’

A subsidiarity approach to curriculum reform in Wales means that teachers from primary, secondary and special schools were brought together, as ‘pioneer lead teachers’, both to create the framework for each new AoLE and to try out different ways of applying the new curriculum in their own school contexts. As part of a wider research project focussed on the new curriculum, led by the Wales Institute of Social and Economic Research (WISERD), researchers from Cardiff Metropolitan University have been looking at how the expressive arts pioneer lead teachers have been shaping this emerging area of the curriculum (Kneen, Breeze, Davies-Barnes, John, & Thayer, 2020).

The pioneers revealed that their first attempts to work together were fraught with problems. ‘As an AoLE we were just horrendous’, admitted one teacher, drawing attention to the different backgrounds, identities, viewpoints and priorities they had each brought with them. Regular network meetings, however, engendered a shared understanding which helped them in shaping the framework for the new curriculum as well as trialling different approaches in their own classrooms.

Nevertheless, it was clear that there were significant areas of difference in the pioneer teachers’ approaches to reform. Primary practitioners welcomed the interdisciplinary, topic-based, child-led learning approaches seemingly promoted within the new curriculum, as these types of approach already exist in many primary schools. With one teacher per class, and greater timetabling flexibility, it was easier to trial approaches. Potential problems anticipated by the primary-school pioneers included securing sufficient resources (for example, instruments for music and software and hardware for digital media). Some primary pioneers also reflected that more attention would be required on actually teaching the skills of disciplines such as art instead of just utilising them to support other subjects. However, they generally felt they could ‘do business’ with this new curriculum.

There was less consistency of approach within secondary schools, where a variety of approaches were being trialled. In some schools, expressive arts was timetabled as a subject for years 7 and 8. Elsewhere, special days were designated, for a year 7 theatre visit, for example. A range of approaches are possibly a consequence of the flexibility offered by the new curriculum, but may also be due to the uncertainty of secondary colleagues as to the right way forward. Secondary schools had no idea of what terminal assessments (such as GCSEs) would be like, and wanted to see the whole picture – curriculum and assessment – before they felt confident in moving forward.

A joint commitment to the arts proved to be a ‘gel’ between pioneers of all school types. The teachers saw the arts as invaluable to the wellbeing and general confidence of children and young people. Up until now, they believed that expressive arts had been regarded as ‘Cinderella’ subjects in a curriculum that gives far greater priority to the core and STEM subjects (English, maths, science and technology). They were encouraged by the fact that the expressive arts have, in theory, been given ‘equitable status’ with the other AoLEs, and they hope that this will prove to be the case in practice.

The study highlighted that positive collaboration was possible within both the primary and secondary phases. While a significant area of joint accord was teachers’ commitment to the expressive arts, the research also pointed out substantial differences in approach that need to be addressed if we are to have a coherent curriculum in the expressive arts that promotes genuine ‘progression in children and young people’s learning’ (Donaldson, 2015, p.35). The study indicates that primary and secondary colleagues approach integration in different ways. Whereas primary teachers favoured child-led, thematic approaches, secondary teachers used themes to organise but gave subjects precedence. The study also suggests that a thorough understanding of curriculum integration, and its impact on subject knowledge, is needed if curriculum reform in Wales is to avoid a curriculum in which disciplinary knowledge is weakened.

This blog is based on the article ‘Curriculum integration: The challenges for primary and secondary schools in developing a new curriculum in the expressive arts‘ by Judith Kneen, Thomas Breeze, Sian Davies-Barnes, Vivienne John and Emma Thayer, published in a new special issue of the Curriculum Journal on ‘Re-educating the nation? The development of a new curriculum for Wales’, published in both English and Welsh. 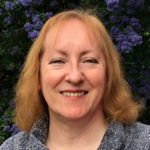 Judith Kneen is programme leader for PGCE English at Cardiff Metropolitan University. Her research interests include the use of technology within English teaching, teaching literature and cross-curricular work. She is engaged in supervising and examining doctoral studies and has been an external examiner to several universities. 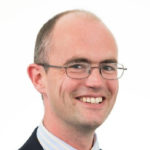 Thomas Breeze is programme leader for PGCE and BA secondary music at Cardiff Metropolitan University. He is currently undertaking research into cross-curricular pedagogies in the expressive arts, and the pedagogic beliefs of key stage 3 music teachers as they work to implement the recommendations of Donaldson’s report into the future curriculum in Wales. 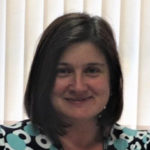 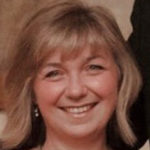 Vivienne John is the programme director for PGCE secondary at Cardiff Metropolitan University. She is currently in the final stages of her professional doctorate which focusses on the role of creativity in the musical and pedagogic identities of early career secondary music practitioners. 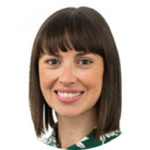 Re‐educating the nation? The development of a new curriculum for Wales series