In the public debate about the impacts of the Covid-19 lockdown on education, much attention has understandably been given to concerns about disadvantaged children falling behind at school, and to the potential impact of the estimation of examination grades on young people’s post-school prospects.

Much less has been heard about disruption to the practical processes that would normally be getting underway now as 16-year-olds decide their post-GCSE future. So it was good to hear David Johnston MP at the House of Commons’ education committee’s session with Gavin Williamson (starts 10.09am) urging the secretary of state to monitor destinations data as a measure of the Department for Education’s success in mitigating the impacts of the crisis. Responding, Williamson expressed concern that young people who are out of school or college this spring and summer may not be urged to take up the opportunities available to them.

Our ongoing research for the Nuffield Foundation focusses on the post-school transitions of young people who do not achieve the benchmark grade 4+ in English and maths. This group is more likely than their higher-attaining peers to be disadvantaged and/or to have special educational needs. In 2019, 23 per cent of those without grade 4 in English and maths were eligible for free school meals compared to 9 per cent of those who did achieve grade 4 in both subjects (DfE, 2020).

‘In the current situation, the post-GCSE plans of all young people – particularly those labelled “low attainers” – are at greater risk and potentially more constrained. Government needs to act now to ensure that young people receive proactive support, information and guidance.’

Some of these young people are just as likely as higher-attainers to be purposeful about their future pathways (Swift & Fisher, 2012). Our research suggests, however, that for many the GCSE year in particular is associated with anxiety and a sense of failure. Although faced, theoretically, with a broad array of opportunities in the form of courses and apprenticeships, some will reach the end of year 11 with no firm plan about what to do next. Careers guidance and opportunities for work experience will have been very variable (Houghton, Armstrong, & Okeke, 2020; Moote & Archer, 2018). Motivation and confidence to investigate, select and apply for post-GCSE opportunities may understandably be low.

In interviews we conducted with young people, we heard numerous accounts of how critical the spring and summer of year 11 can be in helping them make their post-GCSE transition. Other studies have pointed to the importance of young people’s families and social networks in the making of post-16 ‘choices’ (Mangan, Adnett, & Davies, 2001; Heath, Fuller, & Johnston, 2010; Snee & Devine, 2014) and to the role of advisors and learning providers (Beck, 2015). Our research showed how, during this critical period in year 11, some young people were steered, pushed or dragged into post-16 opportunities by teachers, staff of colleges or independent training providers, as well as parents and older siblings. For example, one young man said he

‘wasn’t even gonna go to college, I was just going to chill out at home… so my high school teacher she came to my house and said come on, you’re going to college.’

‘rang me, cos I came here before. So she rang us back saying do you want to come to this one? So I thought I might as well.’

College open days and visits to schools by colleges and training providers were also particularly important for some young people because they gave concrete opportunities to which they could respond rather than having to do a lot of investigative work and decision-making themselves. One of our interviewees said,

‘I came here [college] one day, and then they just started, they said, do you want to apply for here, sort of thing. And she was just going on about cabin crew. And I was like okay, that’s fine.’

Another, who by contrast had a clear career aspiration, had been paralysed by anxiety over GCSE exams from making any applications. An adviser from a local college visited his school and convinced him to come to an open day, which led to a suitable course. Getting an apprenticeship also appeared to be conditional on ‘who you know’, given that these were small in number and relatively poorly advertised.

Our research indicates that Gavin Williamson is right to be concerned. At the current time, even young people who are confident of GCSE success may be at some risk of being diverted from their plans if their estimated grades fall below their expectations. Good quality apprenticeships will certainly be harder to find. For those labelled ‘low attainers’, the risks are even greater. Government needs to act now to ensure that schools, further education and training providers and local authorities have the capacity to be proactive in contacting young people to offer support, information and guidance. Without such timely action, there is a real risk that many young people will fail to make a successful transition, and will join the group that go ‘missing’ from the destination statistics every September.

The research reported in this blog is funded by the Nuffield Foundation, an independent charitable trust with a mission to advance social wellbeing. The views expressed are those of the authors and are not necessarily those of the Foundation.

Department for Education [DfE] (2020). Key stage 4 performance, 2019 (revised): Table CH1: GCSE and equivalent entries and achievements of pupils at the end of key stage 4 by pupil characteristics. Retrieved from https://www.gov.uk/government/statistics/key-stage-4-performance-2019-revised 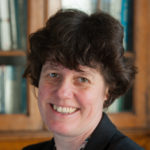 Honorary Professor at University of Manchester

Ruth Lupton is an honorary professor of education at the University of Manchester. She researches educational inequalities, policy and the role of place. 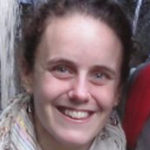 Lecturer at University of Aberdeen

Dr Stephanie Thomson is a lecturer in educational policy at the University of Aberdeen. Her research interests focus on inequality and education policy. 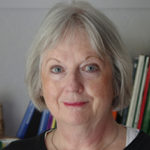 Professor Emerita at IOE, UCL's Faculty of Education and Society

Lorna Unwin is professor emerita (vocational education) at the UCL Institute of Education and honorary professorial research fellow at the University of Manchester. Her research interests focus on the relationship between work, education and expertise. 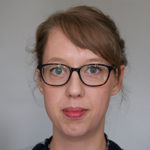 Research Associate at University of Manchester

Dr Sanne Velthuis is a research associate at the University of Manchester. Her research interests include education, inequality and low-paid work.