What is the role of transnational and national education policies in the realisation of critical thinking? With this overarching research question, we set out to study the contexts of Sweden and Kosovo by examining national education policies, mother-tongue curricula and mother-tongue teacher education programmes. Given the promotion of competence-based curricula by the European Commission and the Organisation for Economic Co-operation and Development (OECD) over the last 20 years, our article problematised the complexity of developing 21st-century skills, such as critical thinking, in the two countries of interest, both of which have been going through a number of educational and curriculum reforms over the same period of time.

Policy-critical thinking is related to generic abilities, which can be applied to a wide range of work and life contexts in terms of being ‘open-minded’ and able to identify, clarify and analyse a certain problem. ‘Civic-critical thinking’ focusses instead on considerations of equity, empathy and care. In civic-critical thinking, the aim of education is to involve students in thoughtful discussions on just and unjust laws, and on decent and unfair ways of treating one another.

Analysis of the national education curriculum contexts in Sweden and Kosovo show that the influence that transnational and national education policy contexts have on opportunities for students to master competences more broadly, and critical thinking more specifically. Firstly, it was observed, when examining recent curriculum reforms, that conceptions of knowledge have been evolving and shifting within both countries. In the case of Kosovo, the shift was from disciplinary knowledge to practical and experiential knowledge and, by extension, from academic rationalism to humanism and social efficiency. In the case of Sweden, the shift has been towards practical knowledge oriented toward the needs of the labour market and social efficiency within a framework of academic rationalism. Somewhat paradoxically, the latest competency-based curriculum reform in Kosovo—a non-EU state—is much more in line with the European Union and European Commission’s curriculum guidelines than that undertaken in Sweden. As a result, Sweden emerges as a divergent case of transnational policy-flow, while Kosovo’s curriculum reform closely followed global education policy. Thus, Kosovo emerges here as a convergent case, showing strong curriculum convergence with the recommendations of the EC curriculum policy.

This blog post is based on the article ‘Role of transnational and national education policies in realisation of critical thinking: the cases of Sweden and Kosovo’ by Armend Tahirsylaj & Ninni Wahlström.

It is published open-access in the Curriculum Journal. 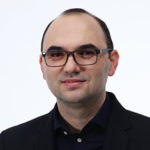 Associate Professor of Education at Norwegian University of Science and Technology

Armend Tahirsylaj is an associate professor of education at the Norwegian University of Science and Technology (NTNU). His research spans a number of domains, including curriculum theory and policy, Didaktik, education policy, teacher education, international large-scale assessments and international comparative education. His work is theoretically grounded on curriculum and Didaktik education traditions, as well as sociological and political science perspectives on education. The impact of global educational policy flows on national education systems has been a recent focus, and his latest research has appeared in major curriculum journals, including the Curriculum Journal, Transnational Curriculum Inquiry and the Journal of Curriculum Studies. He teaches at undergraduate and graduate study programmes, and his teaching interests focus on curriculum and Didaktik, global and national education policy, international large-scale assessments and the role of information and... 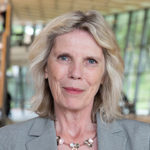 Professor of Education at Linnaeus University

Ninni Wahlström is professor of education at Linnaeus University, Sweden. Her current research focusses on transnational and national policy discourses and their implications for national curriculum and classroom teaching from a perspective of critical curriculum theory. Her research interest is in comparative policy studies that explore educational policy against a backdrop of globalisation and the changing role of the state and of schooling. Wahlström’s research also includes educational philosophy and theory, specifically in pragmatism and in John Dewey’s philosophy of communication and transactional realism. A pragmatist perspective is present in her articles on both cosmopolitanism and teacher agency. Her most recent publications are: – Wahlström, N. (2018). When transnational curriculum policy reaches classrooms – teaching as directed exploration. Journal of Curriculum Studies, 50(5), 654–668 – Wahlström, N. & Sundberg, D. (Eds.) (2018). Transnational...