While information and communication technology (ICT) has been integrated into education for the last three decades in many parts of the world, this has not been the case in Iraq. ICT was introduced in Iraq after the invasion of the country in 2003, and in the education sector several years later; before 2003, Iraq did not have an ICT infrastructure, a mobile network or a communication regulator (Allawi, 2012).

Iraq was invaded by an army led by the United States in 2003 which aimed to topple the previous political regime and liberate the country following many decades of isolation and dictatorship. The liberation process was accompanied by a determination to modernise the outdated governmental practices and operations. Information technology has been identified as the main engine with which to mobilise a quick and effective modernisation of the country, ‘because of the effect that a well-founded information infrastructure can have on security, stability, health, education and business investment potential, as well as on the morale of the Iraqi people’ (Lawlor, 2008: 1).

ICT soon started to find its way through to many governmental departments. However, it was not until 2012, almost 10 years after its first introduction to the country as a whole, that it entered the education sector. This was due to changes to the curriculum that were heavily based on embedding technology into teaching:

‘Garnet Education, a UK-based leading developer of educational resources has signed a contract with the Iraqi Ministry of Education allowing Garnet to introduce an updated English curriculum for all Iraqi schools.’
(Mcilhone, 2013).

‘After several years of conflict and isolation, the Iraqi Government has called for intense efforts to expedite the educational development of the country. The efforts of Ministry of Education to improve the Iraqi education sector have been supported by international communities and civil societies.’
(Alalgawi, Sulaiman, & Ab Aziz, 2014, p. 46)

Moreover, Iraq has shown a great interest with regards to ICT development in its education system: the ICT in Education for Iraq project, for example, was designed to build sustainable capacity in the Iraqi Ministry of Education for the continuing quality improvement of teaching and learning, focussing on the use of ICT (Alalgawi, Sulaiman, & Ab Aziz, 2014, p. 48).

Following the invasion in 2003, there was an urgent need to install computer laboratories in schools, as 92 per cent of schools lacked access to ICT (Unesco, 2004). The government demanded a quick introduction of ICT to schools. ICT was seen as a vehicle by which the country could become more open to the world in order to infuse ‘the values of peace and human rights, active citizenship and democracy’ (Unesco, 2004, p. 6). This demand for using ICT has put pressure on schools and teachers, and brought new challenges because of the abrupt shift in policy that now urges teachers to embed technology in their teaching practice. As most Iraqi teachers had never encountered ICT in education prior to 2012, the use of ICT meant, for them, changing the widely and long-adopted teacher-centred approach to their classroom practice and adopting more vibrant ICT-orientated teaching methods, whereby students have a greater role in shaping their teaching and learning experiences. This situation was seen as a big challenge by most of the Iraqi teachers, as they were thrown in at the deep end without any professional training or any kind of support on how to teach the new curriculum.

In my study I endeavoured to understand how Iraqi teachers embedded ICT into their pedagogical approaches and classroom practice. The study – conducted in 2017, almost 15 years after the first introduction of technology to the country – revealed how Iraqi teachers’ perceptions about ICT had been influenced by Iraqi government policy. This allowed me to discover what they thought about the resultant change in their roles, from being the only source of knowledge in the classroom to being facilitators of a pedagogical process which, as a result of access to technology, was and is likely ‘to change the way that many schools look and operate’ (Summak, Samanicoglu, & Baglibel, 2010: p. 1725).

The findings showed that the participating teachers perceived positively the embedding of ICT into their teaching practice, and highlighted both challenges and encouraging factors in this respect. The study also identified a number of implications for policymakers that are likely to support the desired outcomes of the educational reforms. 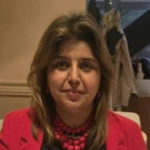 Mayamin Altae has been an English language teacher for more than 15 years, working in schools and classrooms in the UK and the Middle East. She has worked alongside fellow teachers and teacher leaders to support learning in a range of pre-service and in-service contexts. She has extensive national and international experience as a researcher in the field of embedding technology into teaching and educational leadership in situations undergoing educational context. Her research interest is in the field of educational technology, teacher education and educational leadership, mainly in contexts undergoing educational changes.