You’re at work late on a Friday night. The clock reads 9:58pm, and you’ve just finished providing feedback for the very last of your students’ essays. In the corner of your office, you spot a leaning pile of uncollected assignments from previous terms, and shudder at the unread feedback comments – a perpetual issue that plagues many instructors (see for example Sinclair & Cleland, 2007). This term, you’re providing assignment feedback via electronic files (track changes in Word, for instance, as in AbuSeileek, 2013), which can be uploaded to your institution’s learning management system (LMS). Within the LMS, students can access their feedback instantly, meaning an end to uncollected assignments. Right?

Elsewhere, your students are busily studying for their upcoming exam. Your email announcement that their essay marks have been posted arrives with the foreboding thunder of Beethoven’s fifth symphony. The students hurriedly log on to see their marks, and just a single mouse-click away lies a PDF loaded with the valuable feedback that you’ve provided. According to our new article in the British Journal of Educational Technology (Mensink & King, 2019), many of them will never even open that feedback file: we found that 42 per cent of assignment feedback files were unopened.

In our paper, Karen King (Queen’s University Belfast) and I wanted to uncover what drives students to access (or not access) online feedback by using LMS access logs. We found that feedback file access was the result of a complex mixture of factors, including when assignments were due (the earlier the better); the student’s gender and academic achievement (male access was correlated with their overall course average); and, most importantly, whether students could see their mark before accessing their feedback. However, other studies have found that feedback access in LMS was high – up to 92 per cent in Zimbardi et al.’s research (2017). So what gives?

Well, most studies exploring how students access feedback files in LMS have been conducted on clever and custom-built systems, typically developed by individual institutions, that allow students to access feedback and mark information simultaneously (see for example FACS [Zimbardi et al., 2017] and MyFeedback [Ada & Stansfield, 2017]. In contrast, our study focussed on a more broadly used LMS framework, from which feedback needed to be downloaded after marks were viewed. The differing results between these two systems suggests that when marks are provided first and feedback files are separated from marks – even by a seemingly inconsequential barrier such as a single mouse-click – it can have dramatic effects on student access of feedback files. Unfortunately, early indications suggest that many LMSs could harbour these types of unintentional barriers to feedback access, which implies that there could be thousands upon thousands of unread feedback files piled up on servers around the world.

‘We urgently need to re-examine all of our learning management systems to identify and remove barriers to feedback access. Luckily, we don’t need to reinvent the wheel.’

As an immediate priority, we need to re-examine all of our LMSs, identify any areas in which potential barriers to feedback access exist and, where necessary, realign our systems in ways that encourage feedback uptake on a broader scale (by, for example, releasing feedback first [Parkin et al., 2012]). Luckily, we don’t need to reinvent the wheel. LMS providers could easily roll out patches and updates to improve feedback access; our study also identified a quick-fix solution that can be implemented by instructors immediately. Putting the mark within the feedback file itself substantially decreased the amount of unopened feedback from 42 to 17 per cent and, as a bonus, appeared to decouple the relationship between academic achievement and feedback access for male students.

Opening feedback is the first step to engaging with it, and we must ensure that the design of our LMSs makes that process not only easy, but necessary.

This blog post is based on the article ‘Student access of online feedback is modified by the availability of assessment marks, gender and academic performance’ by Paul J. Mensink and Karen King, which is published in the British Journal of Educational Technology and is free-to-view for a time-limited period, courtesy of the journal’s publisher, Wiley. 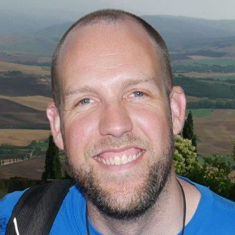 Dr Paul Mensink is an assistant professor in the Department of Biology and the Centre for Environment and Sustainability at the University of Western Ontario. He teaches environmental science at both the undergraduate and graduate level. His pedagogical research focusses on the use of educational technology to improve student engagement, and his current work explores the benefits of disseminating assessment feedback through virtual learning environments.