Due to the budgetary pressures of the 2008 financial crisis the then UK Chancellor of the Exchequer, George Osborne, announced a public sector pay freeze in 2010. In 2013 the pay freeze was replaced by a 1 per cent cap on public sector pay that remained in place until 2018.

As a consequence of that 2010 public sector pay freeze, the salaries of more experienced teachers’ have fallen by more than 9 per cent (Sibieta, 2022). Not only has this made teaching less attractive to prospective entrants – the Department for Education has consistently missed recruitment targets since 2013 – but there are also concerns over the implications for the composition of the school workforce. My latest research investigates how the composition of the school workforce has changed in England, over the past decade, and contrasts these changes with the other UK home nations (Fullard, 2022).

Teaching is a female-dominated occupation across the OECD. While men have, historically, been overrepresented in senior positions, the school workforce in England is no different. The latest data shows that the school workforce is becoming even more female-dominated in England. The proportion of male secondary school teachers is at a record low (35 per cent) and has stagnated in primary schools since 2016 (14 per cent).

‘The latest data shows that the school workforce is becoming even more female-dominated in England. The proportion of male secondary school teachers is at a record low (35 per cent) and has stagnated in primary schools since 2016.’

Comparisons across the home nations

While there is a striking lack of gender diversity in England, my latest research shows that the situation is more acute in Wales where 30 per cent of schools do not have a male classroom teacher. This is higher than England (24 per cent) and every region in England apart from the East Midlands (also 30 per cent) (Fullard, 2022).

While this is not intended to be interpreted as causal, it supports an empirical literature that shows that teacher diversity influences pupil attainment and seems like a promising area of future research (Dee, 2005).

While attracting men into teaching is important for purposes of diversity and representation as well as meeting recruitment targets in STEM subjects, at least in the short run, this highlights a wider issue facing the school workforce – teaching has become less attractive over the past decade. Indeed, recent evidence suggests that 3 in 10 classroom teachers would be financially better off if they left the profession (see Fullard, 2021). Combine the decline in pay with the pressures of teaching during the pandemic, and it is no surprise that policymakers are struggling to recruit and retain the quantity, quality and composition of teachers required.

We are very fortunate that personal motivations ensure that there are enough professionals willing to do this critically important job. We might not be so lucky in the future. 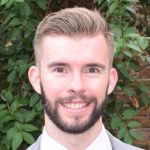 Lecturer at University of Essex

Joshua Fullard is a lecturer in the Department of Economics at the University of Essex and a research associate at the Research Centre on Micro-Social Change. He will be an assistant professor of behavioural science at the Warwick Business School from September 2022. His research agenda focuses on understanding the determinants of teacher attrition with a special interest in experimental methods. His work has gained national and international media coverage in publications including The Times and the Telegraph (both front page), the Guardian, The Economist, the Daily Mail and China Daily. Dr Fullard received his PhD from the Institute for Social and Economic Research and has previously worked as a senior researcher at the Education Policy Institute and as a visiting research fellow at the ifo Institute in Munich.