According to the Intergovernmental Panel on Climate Change, the combustion of fossil fuels is the main contributor to rising atmospheric carbon dioxide concentrations. Young people in England cannot expect to learn much about this in their formal education: while the curriculum requires young people to learn about the impact of carbon dioxide by humans on the climate (in geography and science), the social and political causes of, and responses to, climate change do not feature. These absences have attracted the attention of Teach the Future, a youth-led campaign that calls for the repurposing of the education system around the climate emergency.

The role of young people in environmental activism has raised tricky questions for education, particularly where youth demands for environmental justice put them in conflict with the education system – a system which, according to many young people, is not providing an adequate climate education. In relation to school climate strikes, the National Association of Head Teachers has cited concerns for off-site safety and security, stating that, ‘It is every school leader’s first duty to keep children safe during school hours. They therefore cannot condone pupils leaving school premises to take part in protests…’. Those organising the climate strikes, on the other hand, interpreted safety over the longer term: ‘We feel that, facing a lethal ecological crisis, we as a generation must take direct action where the older generation has failed. As Greta Thunberg said, “You don’t have to school strike, it’s your own choice. But why should we be studying for a future that soon may be no more?”’. Environmental protest, then, presents challenges to young people, teachers and school leaders.

‘Young people don’t take to environmental protest lightly, and given their preferences for ‘dutiful’ strategies of dissent, there is a place for teaching a broader range of methods of participating in politics.’

Our research (Dunlop et al., 2021) has found that young people don’t take to environmental protest lightly. Speaking to youth in schools and colleges in areas affected by the prospect of fracking for shale gas (a method of fossil fuel extraction), we found representations of protest as disruptive, divisive, extreme and less desirable than other forms of participation – even though there was consensus that a transition to renewables was favourable to fossil fuel extraction and use. Young people tended to see protest as ineffective in bringing about change but effective in awareness-raising. These representations – and preferences for more ‘dutiful’ forms of dissent – persisted despite the fact that there was widespread opposition to fracking, and anger and frustration about how decisions about fracking had been handled by the government. We found some evidence of anti-political sentiments from young people we spoke to, including negative attitudes towards formal politics and lack of trust in government.

Lawy and Biesta (2006) have argued for ‘learning democracy’ rather than ‘teaching citizenship’. We have to question what young people are learning about democracy through their experiences with fracking in their communities – whose interests are favoured, why and over what timescales? Our research on youth representations of environmental protest suggests a place for education to intervene in environmental and social justice. It is important that young people understand that there is currently a right for young people to participate in protest, so there is a place for teaching about the UN convention on the rights of the child and the UK human rights act (under both of which protest is protected). In citizenship, there is potential to discuss moves by the state to strengthen restrictions on protest through the police, crime, sentencing and courts bill 2021 – the justification for which has been set against the Extinction Rebellion and Black Lives Matter protests – when teaching how laws are made, shaped and enforced. Given youth preferences for ‘dutiful’ strategies of dissent, there is a place for teaching a broader range of methods of participating in politics – for example, using case studies of young people using the law to fight fossil fuel extraction in their communities. For example, Youth Verdict in Australia have used the law to object to coal mining in their community.

Schools have an important role in supporting young people and their teachers to respond to the climate crisis – a crisis that will require both individual and collective responses. We need educational spaces to deal with politics, and a broader policy context which welcomes and enables, rather than shuts down, political debate in schools.

This blog is based in part on the article ‘Youth representations of environmental protest’ by Lynda Dunlop, Lucy Atkinson, Denise Mc Keown and Maria Turkenburg-van Diepen, published in the British Educational Research Journal on an open-access basis. 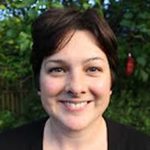 Senior Lecturer in Science Education at University of York

Lynda Dunlop is a senior lecturer in science education at the University of York. Her teaching and research focuses on youth and teacher responses to environmental issues, and on the connections between science education and environmental and social justice. She is currently co-leading the BERA Research Commission 2021/22, co-creating a manifesto for education for environmental sustainability with teachers and young people. Her research has been funded by, among others, the Education Endowment Foundation, the Gatsby Foundation and the Wellcome Trust. Her background is in science education and public engagement. From 2008 until 2011 she was a researcher at Ulster University, where her work focused on public engagement with science and the continuing professional development of teachers in the north of Ireland. Prior to this she taught science and theory of knowledge in schools in the UK, US and Mexico. She teaches on undergraduate (BA) and postgraduate (PGCE and MA) education... 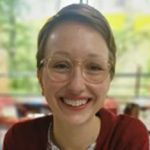 Research Fellow at University of York

Lucy Atkinson is a research fellow at the University of York Science Education Group. With a background in politics and international development, Lucy’s research has focused on teachers and pedagogy in emergency settings. Lucy currently focuses on youth voice, the environment and the climate emergency that we are facing. 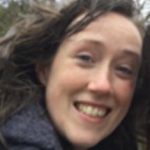 Denise is a teacher from Belfast. She studied biology and ecology at undergraduate level and then taught in the UK and Mexico before undertaking a master’s degree, then living and working at Rancho Mastatal, a sustainability education centre in Costa Rica. Currently teaching in Hong Kong, Denise continues her research and practice in sustainability education. Watch her video provocation for the 2021/22 BERA Research Commission, entitled Against the Grain. 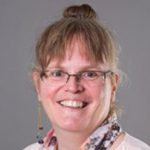 Researcher at University of York

With a DPhil in chemistry, a PGCE in science and a PhD in education with a focus on how teachers appreciate how science works, my dedication to science and science education is obvious. Research into attitudes to science, and scientific identity, self-efficacy and resilience, is steadily homing in on the urgency of effective education for environmental sustainability. I continue to investigate growth towards independent scientific futures in the broadest sense, through careers education and other formal and informal educational experiences, in students of all ages, but mainly those in secondary and tertiary education. I have been a STEM ambassador since 2007, and perform outreach tasks when time allows. I have recently led a research-based discussion with a U3A group, entitled ‘Young people and environmental voice’ – it is abundantly clear that young and old share a passion for caring for the planet.

Why we need a manifesto on education for environmental sustainability