If someone were to come up with an idea that would facilitate the take-up by teachers of CPD of proven quality that would reduce teacher debt and, at the same time, save the taxpayer money, most people would expect that person’s suggestion to be immediately supported, and the individual concerned to receive a well-deserved pat on the back. Unfortunately, the world does not always work like that.

First, a bit of background. Until shortly after the 2010 general election, the government subsidised master’s level CPD for teachers to the tune of £25 million a year through something called the Postgraduate Professional Development (PPD) fund. Funding was also available to support the Labour government’s flagship Masters in Teaching and Learning (MTL) programme. The benefits of teachers undertaking master’s-level CPD were well documented. Impact reports commissioned by the TTA/TDA attested to ‘strong evidence of positive impact on the practice of teachers’ and ‘promising evidence of impact directly on pupils’. Specific reference was made to improvements in regards to subject knowledge; confidence; self-esteem; reflection; and pupil motivation, as well as on the recruitment and retention of teachers (Seaborne 2010). Earlier reports had reached similar conclusions – notably Soulsby and Swain’s (2003) report, ‘A report on the award-bearing INSET scheme’. The DfE itself now recognises the value of master’s-level CPD, as evidenced by comments in its December 2017 consultation, ‘Strengthening QTS and improving career progression for teachers’ (DfE 2017).

Unfortunately, central government support for master’s-level CPD ended soon after the 2010 general election, and both participation and the resulting benefits inevitably declined. The one remaining source of funding available to teachers was central government loans for postgraduate study. Under this scheme, people can borrow up to £10,260 to study for a master’s degree. This includes teachers, in cases in which holding a PGCE with master’s-level credits does not rule them out. But here is the rub: teachers can only borrow what they need to fund a full 180-credit master’s, regardless of the fact that most teachers will already have 60 master’s credits from their PGCE, and could easily transition into a full master’s programme that builds on and complements what was learned while securing those original 60 credits. This would seem to make good sense – but the government says no. Teachers must borrow the full amount needed to secure a full master’s. They are not allowed to borrow just enough for the 120 credits they actually need.

This would appear to make no sense whatsoever. Teachers are being forced to borrow more than they need to. The Treasury is being forced to lend more money than it needs to. And at a time when everyone recognises the importance for teachers of master’s-level CPD, unnecessary barriers to it are being erected. UCET has raised this issue with government on several occasions, by writing to officials and ministers, and in our formal response to the ‘Strengthening QTS’ consultation (UCET 2018) – all to no avail.

In the longer term, we hope that government will take the long view and invest properly in CPD for teachers, and not expect them to incur additional debt. In the meantime, however, they could at least see sense and remove this totally unnecessary barrier.

Seaborne P (2010) ‘A longitudinal review of the postgraduate professional development of teachers’, London: Training and Development Agency for Schools. http://www.tda.gov.uk/teacher/developing-career/professional-development/ppd/~/media/resources/ppd/ppd_longitudinal_study.pdf

Soulsby D and Swain D (2003) ‘A report on the award-bearing INSET scheme’, London: Department for Education and Skills and Training and Development Agency for Schools 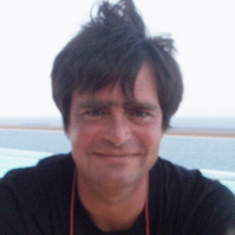 James Noble-Rogers is executive director of the Universities Council for the Education of Teachers. He writes here in a personal capacity.