With the election of the first Conservative majority government since 1997, and the re-appointment of Nicky Morgan as Secretary of State, we can confidently expect a continuation of the school led teacher education agenda. But what is ‘school-led’ teacher education? The policy has a name, and it certainly has a manifestation as seen through the establishment of teaching schools, the expansion of School Direct and the accreditation of increased numbers of SCITTs. But when you ask someone what it means in terms of content no-one seems to know. Or they didn’t until UCET, with colleagues from the National Association of School Based Teacher Trainers (NASBTT) and schools started work on a definition at the beginning of last year.

A purchaser-provider model does not guarantee greater school engagement, and can prevent the development of genuine and cohesive partnerships

Let’s be clear first of all what schools-led teacher education is not. UCET, and the university sector, has been calling for increased school engagement with teacher education for many years. That is why we supported some of the previous administration’s policies, including the establishment of a network of teaching schools. But we are absolutely clear that teacher education that is focussed on the needs of schools, and is delivered in full partnership with schools, cannot be secured through the imposition of the crude purchaser-provider model that has sometimes (but by no means always) resulted from School Direct. A purchaser-provider model does not guarantee greater school engagement, and can prevent the development of genuine and cohesive partnerships because of the sometimes associated inflexible and restrictive ‘I do this, you do that’ contracts. And, crucially, a teacher education system based around individual schools could lead to parochialism, institutional conservatism and the training of teachers who might not be equipped with the transferable skills and knowledge they will need for the range of schools they are likely to teach in during their careers. That is why the group adopted the concept of ‘schools-led’ rather than just ‘school-led’.

One potential danger of the current fragmentation is that the infrastructure we need to meet the supply needs of schools across the country, and to train teachers to teach across the school sector, will be lost. Another is the removal of the choice schools currently have to engage in teacher education other than through becoming an accredited SCITT or through School Direct, despite the ‘school-led’ rhetoric we have got so used to hearing.

In order to secure genuinely schools-led teacher education, the group developed a model based on cohesive groups of schools, universities and others working together to meet the needs of the schools within those partnerships, with the needs of the wider school community met by drawing on research evidence and through adherence to national standards and requirements.  These would be cohesive organisations with a shared vision and purpose, with no formal demarcation of roles and with access to shared resources. They would be answerable to a single governing authority that was made up of at least 50% of school colleagues. In that way, the teacher education programmes, which would involve a continuum of ITE and early and ongoing professional development, would by definition be ‘schools-led’. Such partnerships would be stable and large enough to meet the immediate and longer term supply needs of the whole country.

A lot of partnerships are already moving in this direction. They should be nurtured. They must not be undermined by a haphazard allocations methodology or by an overly simplistic conception of what schools-led teacher education actually entails. 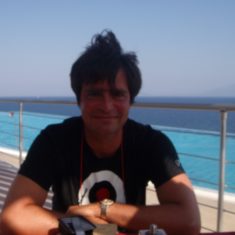 Executive Director at Universities Council for the Education of Teachers (UCET)

James Noble-Rogers is Executive Director of the Universities Council for the Education of Teachers (UCET), a membership organisation for universities involved in teacher education and education research. Prior to taking up this position in 2004, he was Head of Governance at the Royal National Institute of the Blind (RNIB) for four years. Before that he was, from 1987 to 2000, a civil servant in the Education Department (in its various guises) and the Teacher Training Agency. He was born in 1961 and has an Honours degree in Humanities from Hatfield Polytechnic, a Master’s degree in Philosophy from the University of Nottingham and a Postgraduate Diploma with distinction from City University, London. He is also an Honorary Fellow of Wolverhampton University.