The 60th World Assembly of the International Council for Education for Teaching (ICET) took place in Kingston Jamaica on 18-21 July, and included keynotes from: the Hon. Errol Miller, former Permanent Secretary of the Jamaican Ministry of Education and President of the Jamaican Associated of Teacher Educators; Hiromichi Katayama from the Secretariat of UESCOs International Task Force on Teachers; and Hixwell Douglas, a Jamaican education consultant and SEN specialist. ICET has a long a rich history, and is linked to UCET through cross representation on its Board and the UCET Research & Development Committee. The conference also included a range of symposia, workshops. Seminars and paper presentations. A full report of the conference can be found at www.ucet.ac.uk/news

An undercurrent of the discussions, from my perspective if no-one else’s, was the interrelationship between teacher education policies and practices, and the associated power relationships, in different parts of the world. For example, in his keynote Errol Miller traced the development of teacher education in Jamaica back to its routes in 17th Century Prussia, which spread first to the rest of Germany, then throughout Europe and then via colonialism to the developing world. And while in a Jamaican context this involved the imposition by British colonial forces of a model of education aimed at securing obedience and social control, it was not in the end entirely imperialistic as people in Jamaica, particularly the marginalised, themselves inputted into and developed policies and practices to the extent that Jamaica became world leaders in teacher education, influencing as much as being influenced by, and becoming net exporters of teachers to the world.

Issues of cultural and educational imposition also inevitably came to mind during Hiromich Katayama’s presentation, not least because the work of the Task Force included a World Bank template for use by developing nations to formulate and implement teaching and teacher education policies. However well intentioned, is it possible for the promotion of a World Bank template to be interpreted as being anything other than, if not imperialist, at least patronising? Hiromichi Katayama was at pains to stress that the Task Force’s broad model was adaptable for use in different political, cultural and social contexts, and the Task Force does include members from 39 organisations (including ICET) from 89 countries. But the World Bank, if not UNESCO, is often seen as pursuing a western neo-liberal; approach to finance and development, and the Task Force might have done better to develop its own template rather than use one linked to the World Bank. Commonalties between the evolving policies of different countries, this time in relation to inclusion and diversity, were also apparent in Hixwell Douglas’s address, where general trends towards inclusion and a valuing of diversity are taking place in in Jamaica, although the extent to which this reflects policy elsewhere, is taking place parallel to developments in other parts of the world, or is leading moves towards inclusion (or a bit of all three) was not clear.

This issue of international patronage also came to mind during workshops and symposia, particularly those relating to the provision of aid and support by the West to developing countries, although here again there seemed to be a genuine commitment on the part of the funders to facilitating rather than leading or driving things. Although not development related, the issue of cultural patronage, or maybe innocence and insularity, was perhaps most apparent during a session led by teacher educators from different parts of the United States streamed into the conference by video-link. The topic was the development of new forms of teacher education partnership between schools and universities, based on an equitable, rather than university-led, model. During a presentation in which the US contributors spent most of the time talking amongst themselves, they explained how they were developing a model of partnership based on extensive research from across the United States. When questioned about learning from international practice, they said that they would internationalise the work and share their findings at a future stage. Probably not the most politic thing to say to a group of experienced teacher educators and researchers from many different countries, many of whom have years of experience of developing new forms of partnership. The presentational approach taken by the presenters was a shame, as the model they were developing appeared to have merit, and was in some ways similar to the one outlined in an earlier BERA blog ‘Sustainable schools-led teacher education that keeps the baby in the bath’ (June 2015). 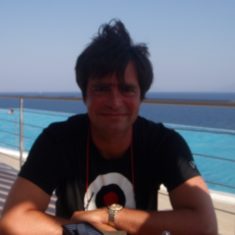 Executive Director at Universities Council for the Education of Teachers (UCET),

James Noble-Rogers is Executive Director of the Universities Council for the Education of Teachers (UCET), a membership organisation for universities involved in teacher education and education research. Prior to taking up this position in 2004, he was Head of Governance at the Royal National Institute of the Blind (RNIB) for four years. Before that he was, from 1987 to 2000, a civil servant in the Education Department (in its various guises) and the Teacher Training Agency. He was born in 1961 and has an Honours degree in Humanities from Hatfield Polytechnic, a Master’s degree in Philosophy from the University of Nottingham and a Postgraduate Diploma with distinction from City University, London. He is also an Honorary Fellow of Wolverhampton University.