The ways in which local educational stakeholders interpret and understand curriculum reform is crucial to its effects on everyday school practice (see for exampleSpillane, Reiser & Reimer, 2002). For instance, perceptions of fragmentation in curriculum and lack of clarity in relation to its goals have been identified as barriers to school development. Previous research has suggested that coherence within and between policy, curriculum and instruction is important for school development (see for exaample Honig & Hatch, 2004; Newmann, Smith, Allensworth, & Bryk, 2001). Curriculum coherence refers to the connectedness, integration and continuity within the curriculum. However, there is a gap in research on the perceptions of curriculum coherence among educational stakeholders, particularly in the context of large-scale curriculum reform.

Perceived curriculum coherence among district-level stakeholders (such as municipal administrators and educational practitioners who are involved in local curriculum development) is particularly important in the Finnish curriculum reform process. These stakeholders play a central role in interpreting, integrating and transforming the general goals of the national core curriculum into district-level curricula. Local curricula are constructed within the framework of the national core curriculum by the education providers – that is, municipalities and districts – while taking into account contextual factors such as local needs and resources (Vitikka, Krokfors, & Rikabi, 2016). The current core curriculum for Finnish basic education was confirmed in 2014. It aims to promote collaborative classroom practices, student autonomy and integration across school subjects.

‘We explored the coherence of the Finnish national core curriculum document as perceived by the educational stakeholders involved in district-level curriculum development.’

Moreover, the results showed that the overall perceived curriculum coherence was connected to the district-level stakeholders’ expectations of the reform’s impact on the school level, in terms of the extent to which the reform work was perceived to direct the development towards problems faced in the everyday life of schools, and to commit teachers to school development work. Thus, to promote positive beliefs about the effects of the reform work on further school-level development, effort should be invested in facilitating the construction of a coherent understanding of the curriculum document by local educational stakeholders.

This blog post is based on the article ‘Curriculum coherence as perceived by district-level stakeholders in large-scale national curriculum reform in Finland’, by Jenni Sullanmaa, Kirsi Pyhältö, Janne Pietarinen & Tiina Soini

It is newly published in the Curriculum Journal, and is free-to-view for a limited period, courtesy of the journal’s publisher, Routledge. 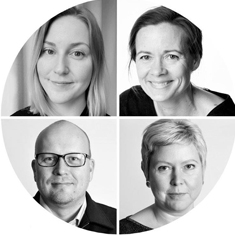 Jenni Sullanmaa is a PhD candidate at the Faculty of Educational Sciences, University of Helsinki, Finland. Her doctoral dissertation focusses on the role of curriculum coherence in a large-scale curriculum reform.

Janne Pietarinen is a professor of educational sciences. He works as dean of the Philosophical Faculty, University of Eastern Finland. His research interests include teachers’ occupational wellbeing, school development, school transitions and teacher agency.

Tiina Soini works as research director at the Faculty of Education and Culture at Tampere University. Her research interests include school development, curriculum reform, study engagement and teacher agency.

For more about the work of the Learning and Development in School research group, see www.learninginschool.fi.

Twins and the relationship between homework and the academic progress of children: A Spanish case study