It is time for education and the school curriculum in countries with colonial pasts such as Britain to take the knee: to recognise that we – particularly the young – need to see ourselves as part of a global community and as agents of change. The Black Lives Matter movement makes connections across the world. Globalisation (Held, 1999) demands that teachers’ work to prepare children for modern life transcends the perspective of the nation state. History teaching and citizenship education provide opportunities to revisit identity and develop agency. Stuart Hall famously said, ‘heritage is a powerful mirror’, reminding us that those who do not see themselves reflected in it are excluded (Hall, 1999, Kindle Edition loc. 610). Todd (2019, p. 7) highlights the relationship between history and identity: ‘Consider the impact of drawing the boundaries of the spatial unit (the nation) but also of the discipline, too narrowly.’ Learning history should contribute towards human rights education and antiracism. While as Osler and Starkey (2010, p 137) put it, ‘An emphasis on struggles for freedoms at different times and in different places may help students understand the significance of human rights and … their capacities for transformative action’. My own research suggests that teachers’ approach to students’ sense of identity can equip them to become agents of change.

Bradley (2003) points out the difference between ‘personal identity’, about the construction of the self, and ‘social identity’, which is about how we locate ourselves within society. History teaching can promote multi-layered identities, exploring humanity’s African origins, the legacy of pre-colonial civilisations and resistance as well as conquest. Bradley defines three levels of social identity: passive, active and politicised. He sees ‘passive identities’ as potential identities which derive from lived relationships but are not acted upon. ‘Active identities’ are those which individuals are conscious of and could be a base for their actions. Where individuals constantly think of themselves in terms of an identity and it becomes an ongoing base for action, it becomes ‘politicised identity’ (Bradley, 2003, p. 26). My research into citizenship education in Deptford between 1999 and 2005 suggested that identity can be seen as a continuum running alongside the development of the individual’s growing sense of agency. Agency – the notion of one’s potential power over situations and behaviours – really develops as identity becomes active. When young people begin to exercise an internal locus of control (Wallace, 2000), often through their own successful endeavours, they sense their own power and their identities can become active.

‘When young people begin to exercise an internal locus of control, often through their own successful endeavours, they sense their own power and their identities can become active … Learning activities with demonstrable community impact can transform students’ sense of identity and power, effectively politicising them.’

At Deptford Green school (anonymised as in my PhD thesis – Hudson, 2006 – and published work) between 1999 and 2005 we sought to develop effective citizenship education. This included requiring students to undertake coursework with a ‘change outcome’. Their coursework projects were publicly presented to people with power. They included projects to challenge discrimination, improve safety in the local area and increase access to leisure facilities. More than one in four connected the positive effects for the school and local community with a perception of themselves as agents of change. The research showed that learning activities with demonstrable community impact could transform students’ sense of identity and power, effectively politicising them.

As communities of learning for citizenship, schools can equip students to work for change. When young people are involved in decision-making – such as through an effective student council – it can enhance their sense of agency (Hudson, 2006, p. 174. The wider culture of the school needs to be inclusive and to show its practical commitment to human rights. The Rights Respecting School agenda, as one primary school pupil said (quoted on the Unicef website), can make the school ‘a place where we can all feel confident and encourages us to raise our voice’ and ‘raise awareness of injustice in the world’.

Wallace, B. I. (2000). Able and talented learners from socio-economically disadvantaged communities. In M. J. Stopper (Ed.), Meeting the social and emotional needs of gifted and talented children. London: David Fulton. 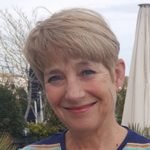 Anne Hudson has been a teacher since 1985. She has taught in a range of schools including in Waltham Forest, Tower Hamlets, Lewisham and Lambeth. She has extensive senior leadership experience, including 13 years’ headship of two large London secondary schools. Her MA from SOAS University of London is in African history. Anne’s PhD in education is from Leeds University. Her expertise includes teacher training, action research, leadership and governance and school improvement. She is deeply committed to lifelong learning and to empowering young people as agents of change. Prior to teaching, from 1978 to 1985 she worked for the Namibian liberation movement to end apartheid South Africa’s occupation of that country.