The publicised deaths of Black people across the United States sparked a worldwide movement of protest against the historical inequalities and marginalisation experienced within the Black community. Pushing to make the invisible visible, hashtags (#) are used online to promote causes, demonstrate solidarity and synchonise responses to social injustice, including the following.

The #BlackLivesMatter movements represent intersectional progress; moving from a focus on race inequality alone to incorporate race + gender and, next, race + gender identity. The movements recognise that inequality is not a single-issue problem and that individuals who share racialised identities experience diverse marginality. Despite this, western, liberal and democratic societies often position struggles as single-issue because they are quicker and easier to target via policy implementation. Parsons (2019) argues that this only reproduces systemic inequality and encourages us to ask: why are inequalities made and how are they sustained?

What are the inequalities in schools?

Recent statistics (DfE, 2019a) and research (Michelmore & Mesie, 2019) demonstrate that Black Caribbean boys are at greater risk of being excluded from school:

Why are the inequalities introduced?

Akala (2018) argues that the second-class status afforded to today’s Black British working class is rooted in the systemic marginalisation and historical oppression of the #Windrush generation. In 1971, Coard was the first to highlight that exclusionary practices saw Black Caribbean immigrant children more than twice as likely to be placed into ‘educationally subnormal’ (ESN) schools. Akala further explains that identity bias is responsible for the high exclusion rate of Black Caribbean pupils today, and that the categorisation of Black British young people as Caribbean reflects the historical practice of ‘offshoring the problem’.

How are the inequalities sustained?

Solórzano and Yosso (2002) describe English education as built upon a cultural deficit model that places responsibilty for failure to assimilate on pupils, families and their culture. At present, teachers can consider pupils’ behaviours outside school as grounds for exclusion (Child Law Advice, 2020) and the government’s Timpson Review suggests that ethnic minority pupils will benefit from ‘tolerant environments’ (DfE, 2019b). If in 2020 people are still fighting against discriminatory exclusions of Black pupils for wearing natural afro hairstyles (Dabiri, 2020), I ask the reader to question whether the mere ‘tolerance’ of Black British young people in schools today is enough.

School exclusions are not a single-issue problem: they are representative of the historical oppression and marginalisation of Caribbean pupils who live at the intersection of racial, gendered and classed identities in Britain. Education policy based upon a cultural deficit model serves to reproduce the systemic biases that contribute to the marginalisation of pupils who share social identities. As a result, policymakers need to consider the historical processes of categorisation that impact upon pupils’ identities today.

It is 50 years since Coard illuminated the struggle of Black Caribbean boys in Britain, and today I continue to argue that Black British boys need greater visibility in UK education. My final question to the reader is: why exactly is that, still?

Dabiri, E. (2020, February 25). Black pupils are being wrongly excluded over their hair. I’m trying to end this discrimination. Guardian. Retrieved from https://www.theguardian.com/commentisfree/2020/feb/25/black-pupils-excluded-hair-discrimination-equality-act

Department for Education [DfE]. (2019a). Permanent and fixed period exclusions in England 2017 to 2018. [National statistics]. Retrieved from https://www.gov.uk/government/statistics/permanent-and-fixed-period-exclusions-in-england-2017-to-2018

Department for Education [DfE]. (2019b). Timpson review of school exclusion. Retrieved from https://assets.publishing.service.gov.uk/government/uploads/system/uploads/attachment_data/file/807862/Timpson_review.pdf 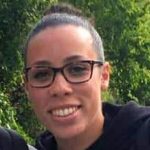 PhD Researcher at University of Manchester

Parise is a PhD student in education at the Manchester Institute of Education, University of Manchester. Her interests are masculinities, intersectionality and identity in adolescence; her research focusses on adolescent boys’ mental health and wellbeing in education as part of the the National Lottery Community Fund HeadStart programme, which aims to improve mental health outcomes for young people across the UK. Parise has worked with children and young people across the 0–25 age range, in early years settings, a specialist support high school, a youth centre and the supported learning department of a further education college.